Pakistan is crucial to Afghan Peace Talks, despite Khan’s blunder 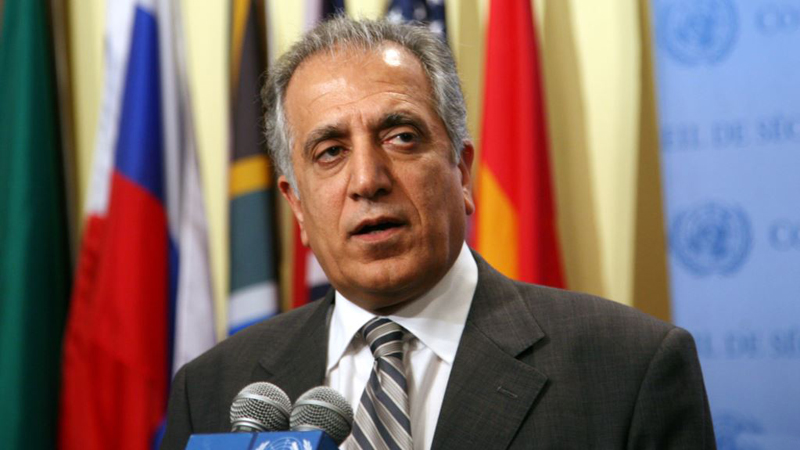 Special representative for Afghan Reconciliation, Zalmay Khalilzad, is visiting the region this week as Washington increases efforts to negotiate a peace settlement. The peace envoy’s tour comes in the midst of the rebuke over Prime Minister Imran Khan’s suggestion that the Afghans set up a “neutral interim government,” to help the peace talks with the Taliban.

In a series of tweets, Khalilzad lauded Pakistan’s “constructive contribution on the Afghan Peace process,” but “PM Khan’s comments did not help,” he tweeted.

He added, “The future of Afghanistan is for Afghans and only Afghans, to decide. The role of the international community is to encourage Afghans to come together, so they can do so.”

Pakistan’s foreign office, however, later claimed that Khan’s comments had been taken out of context.

Afghanistan has long been suspicious of Pakistan and accused it of meddling in political affairs. Michael Kugelman, South Asia senior associate at the Wilson Centre, a Washington D.C., based thinktank said the comments “will further poison relations between Afghanistan and Pakistan, and particularly at such a delicate moment for regional diplomacy.”

However, he believed Pakistan’s crucial role in the talks will override Khan’s mistake as Washington hopes Islamabad would continue to influence the Taliban to participate in the ongoing peace talks. According to Kugelman, this shouldn’t be a problem given the talks thus far are, “very much to the Taliban’s liking because the emphasis is on working toward a US troop withdrawal deal.”

Kugelman predicted that the talks would become “more complicated and more unrealistic” when the US asked “Pakistan to press the Taliban to accept Washington’s demands. ” This would mean exerting Pakistan’s influence on the Taliban to hold peace talks with the Afghan government.

“Islamabad may have leverage, but not enough to compel the Taliban to agree to do something to which it is firmly opposed,” he added. He also highlighted that Pakistan shared the same perspective as the Taliban on peace talks with the Afghan government. Neither had a “strong desire to see Kabul brought into talks at this point.” However not all Washington analysts believe Khan’s statement was damning. A former senior US official said, “Imran Khan’s comment about the Interim government was not a new or original idea… others have talked about it.” She added up till then, “Khalilzad has been pleased that Pakistan has taken this seriously to participate.” This seriousness also aided Pakistan’s reputation as a serious regional player.

“Pakistan’s international image has improved under Khan,” she commented, especially, given his handling of the Pulwama crisis.

“Imran looked like the grown up in the room with India … he showed he was trying to be neighbourly,” she said.

Khan’s gesture to return the captured pilot defused the crisis was said to be appreciated by the US. She stressed Khan’s move had also provided Pakistan with an opportunity to bring the Kashmir issue to a global forum again.

“They had stopped speaking about the Kashmir issue internationally,” she maintained.

The official echoed Kugleman’s views that “Pakistan is critical to these negotiations whatever dispensation to be threatening to Pakistan and it also depends on how Pakistan defines a terrorist.” She warned it might be difficult for the two counties to agree on their definition of a terrorist.

“It’s difficult for the Pakistanis to arrest and detain terrorists as both have different views,” she added. She urged, “Pakistan needs a long term plan to take these groups of the playing field.” Further explaining that Pakistan’s plan needed to be effective, she claimed that Pakistan needed to eliminate the reasons the groups are supported.

She talked especially of rural areas where there remains inequality, poverty and deprivation and where terrorist groups enjoyed local support. This support was said to be largely because of their provision of social welfare support as the government failed to do so.

According to a press release by the US State Department, Khalilzad’s trip is a “part of an overall effort to facilitate a peace process that brings all Afghan parties together in inclusive intra-Afghan negotiations.”

He is currently in Europe and is scheduled to visit Pakistan and Kabul by April 10.

Although the State Department did not confirm whether Khalilzad would continue talks with the Taliban; he is expected to hold meetings during his layover in Qatar. The country has been a regular location for continuing peace negotiations.