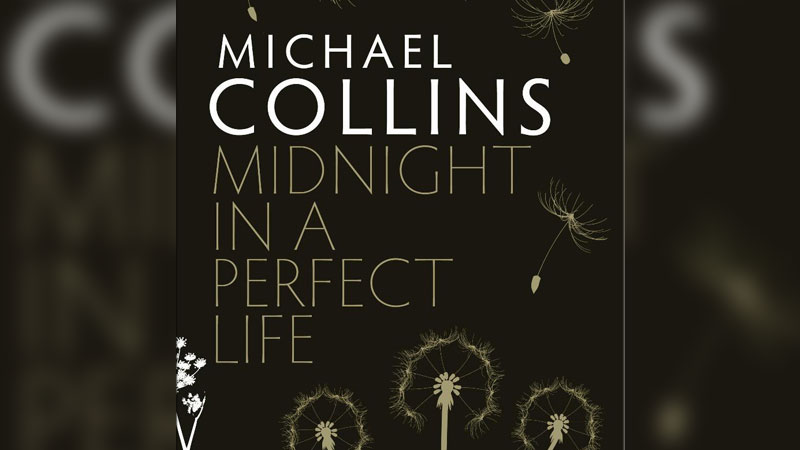 Michael Collins insists he is not a genre writer. Recently in Toronto as part of the Authors at Harbourfront series, alongside Linwood Barclay and Norway’s Jo Nesbo – two thriller novelists who made no bones about the kind of books they write – Michael Collins stood in front of the microphone and mumbled, “I’m not really a genre writer,” before launching into a reading from his new book Midnight in a Perfect Life.

He proceeded to read the least-thrilling chapter in the entire novel, a set piece that has little, if anything, to do with the plot.

Midnight in a Perfect Life is Collins’s ninth published book, his sixth novel to go along with three collections of short stories. His second novel, The Keepers of Truth, was short-listed for the Man Booker Prize, yet he continues to write in relative obscurity. All of his books possess a certain grittiness and a fascination with crime and violence that are typical of genre fiction. His writing is also quite cinematic. His work has been compared to that of Hitchcock and David Lynch, but also to the likes of John Grisham.

In Midnight in a Perfect Life, Collins addresses his ambivalence about surrendering one’s creative genius in favour of the financially profitable yet formulaic realm of genre writing. The novel’s narrator Karl, is a 40-year-old writer whose days of literary notoriety are behind him. While not working on what he believes is his masterpiece-in-waiting, something he dubs “The Opus,” Karl ghost-writes for an aging crime novelist called Perry Fennimore, a crusty old recluse obsessed with ensuring that his literary legacy is left in good hands. Karl’s meagre earnings are being sucked away by his wife’s expensive fertility treatments and his mother’s stay at a New Age retirement home, so to make ends meet, he takes a job reporting for a freebie magazine called The Stranger and abandons his luxurious condo in favour of a dingy apartment in Chicago’s gay district.

The move prompts his wife, Lori, to have second thoughts about their relationship. She moves in with her sister, leaving Karl alone to stare out the window at the comings and goings of his neighbours, and it’s in this world of poverty, immigrants and subcultures that he rediscovers his passion for writing, for true art. “I underwent a metamorphosis as profound as Kafka’s cockroach, but in reverse,” he says, which leads him to consider that “maybe poverty is the natural condition of the artist after all.”

Karl’s newfound sense of creativity takes a dark turn, however, when he becomes obsessed with his Russian super’s teenage daughter, Elena, a modern-day peasant who dutifully wields a bucket and mop to clean the apartment’s floors. When Karl receives a new opportunity to ghost-write Fennimore’s next novel, and Fennimore asks him to find a victim, “someone worth saving,” Karl’s thoughts turn to Elena in menacing and inappropriate ways.

In Midnight in a Perfect Life, Collins addresses his ambivalence about surrendering one’s creative genius in favour of the financially profitable yet formulaic realm of genre writing. The novel’s narrator Karl, is a 40-year-old writer whose days of literary notoriety are behind him

As Karl’s personal life collapses, his creativity thrives. He begins to question his own sanity, but presses on, blending his feverish artist’s vision with Fennimore’s plot-driven project in an attempt to revive his stagnant writing career. He realises, through Fennimore, that, “Art is not choice, it is compunction. It’s an affliction of the soul.”

Midnight, like most of Collins’s other books, both is and isn’t a crime novel. Its fascination with sex and violence, its stark narrative and engaging plot kept me turning pages, but it is also a deeply philosophical work, a meditation on the relationship between Art and Artist both within and without the confines of what we call “genre.”

It seems that Collins’s writing is driven by his ambivalence about being categorised and his books are better for it. Midnight in a Perfect Life, containing both literary and genre tendencies, is a fast-paced novel that also manages to bring up a number of complex philosophical questions about writing and art. To me, Collins is a genre writer and a damn good one at that.