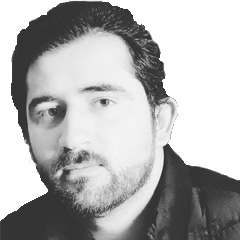 Forced conversions in an Islamic state

Understanding the aforementioned verse is the dire need of the hour because there are many people who have not only tarnished the real image of Islamic injunctions but have also defaced the soft picture of Pakistan in front of the global community.

It is very unfortunate that two girls – Reveena and Reena — thirteen and fifteen years old respectively, were allegedly abducted by a group of influential people from their home on the eve of Holi. Very soon after the kidnapping, a video went viral social media in which a Qazi was purportedly exposed solemnizing the Nikkah of both the girls. Surprisingly, in another video the minor girls can be seen saying that they accepted Islam of their own free will. This incident happened in the Ghotki district but two more incidents like this also occurred: one in Multan and other in Mirpurkhas. All incidents were related to kidnapping and forced conversion to Islam. On the other hand, the Hindu community has carried demonstrations appealing for justice. Immediate and remedial actions have to be taken against the culprits. They reminded Prime Minister Imran Khan about his vows to safeguard the minorities made during his election campaign.

This was not an unprecedented incident, however, a report issued in 2014 by Movement For Solidarity (MSP) says that about 1000 women in Pakistan are forcibly converted to Islam. Although, the so-called Molvis have forgotten that the Almighty Allah says in His Glorious Quran that there is no compulsion in Deen. He says that whosoever repents after his wrongdoing, indeed, He will turn to Him in forgiveness.

According to official estimates, 7,500,000 Hindus live in the country. However, according to the community, over 9000,000 Hindus are living in Pakistan majority of them is especially settled in Sindh province where they share culture, traditions and language with their Muslim fellows. But they are deprived of religious freedom because a Pakistani Muslim has forgot vision of the country’s founder- The Quaid-e-Azam- for granting freedom to all communities of living freely and practicing their faith without any hesitation. Therefore, in today’s Pakistan religious minorities have little voice in the society. Although Pakistan became a Muslim majority state after the partition yet the Hindus managed to retain a degree of social influence mostly in the province of Sindh where they were known as successful merchants. Even they face social discrimination till today, and are often cut off from their own community at large.

There are several lingering questions in an ordinary and intellectual mind, which still remain unanswered by the people who are accomplice in such activities of the crime. The culprits have not answered yet that why only Hindu daughters are embracing Islam, why not Hindu boys? Why only minors are willing to accept the religion, why not mature one?

Coerced conversion to Islam has compelled Hindu merchants to leave the country and migrate to India. Every year, at least, we loose 5000 Hindus -leaving for India. Therefore, it is dire need of hour to provide proper interpretation of Islamic preaching. To help the hapless is believer’s duty. The revealed Book unequivocally gives message on Peace, Tolerance, Forgiveness and Humanity.

The writer has a Bachelors in Commerce and can be contacted on his Email: asifshar115@gmail.com@asifshar933