* According to the United Nations, around 836 million people worldwide still live in extreme poverty 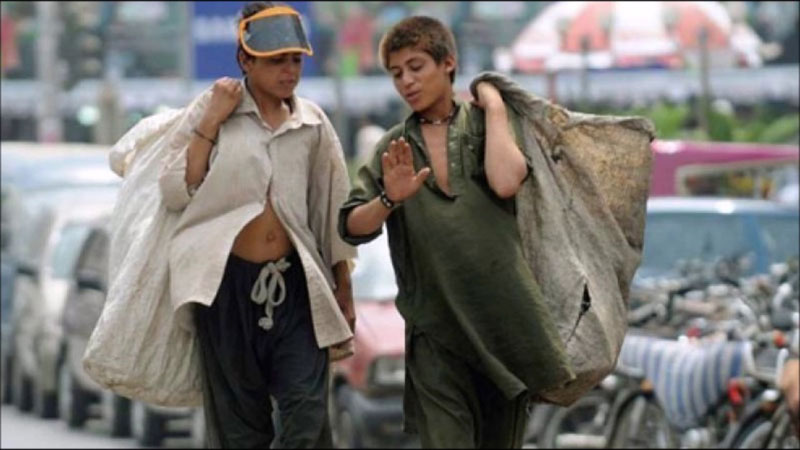 Poverty has become a huge problem which is affecting people every single day. Poverty prevents its victim from attaining prosperity. Millennium Development Goals (MDG) had set a target to reduce poverty by half in 2015, but it failed. Now the United Nation Organisation has set a target to end world poverty by 2030 and has instructed each and every country to work for the poor people and reduce their burden. These poor people do not get to experience technological advancements in order to stay connected with the rest of the world.

According to the United Nations, around 836 million people worldwide still live in extreme poverty. The poor people earn $1.25 in a day which is too much less. Even they are unable to have three times of food with this money. The UN estimated that 30 million children are growing poor in the world’s developed and richest countries. The developed countries are only focusing to have the whole advance things or creating many new things for the prosperity. These countries are busy that they do not give time to the small poor children who are going toward backward.

The available statistics of poverty in Pakistan portray a bleak picture. It is estimated that around 39 percent people are living below the poverty line in Pakistan. It’s shocking to note that Pakistan has not set a poverty line of its own since 2001. The UN target for eradicating poverty seems to be a dream at 2030. If the developed countries would put more efforts to finish poverty, they can do it easily. But what about the developing and undeveloped countries? For eradicating poverty almost cost $175 billion per year would be needed in the next 20 years, and this is less than only one percent of the combined income of the rich countries of the world.

The available statistics on poverty in Pakistan give a bleak picture. It is estimated that around 39 percent of people are living below the poverty line

Unfortunately, Pakistan has failed to achieve the most necessary target of the MDGs of reducing poverty half in 2015. If Pakistan would work for the eradicating poverty then may Pakistan would achieve the target? And poverty rate would have less than 20 percent which would be a great achievement for Pakistan as well. The economic growth is one of the lowest in the region which is causing poverty. The majority of the population is living in villages and they are connected with agriculture in one way or the other. In last few years the farmers have been badly affected due to indifference of the government to the most important sector of the economy. The government has declared 9 million relief package for the farmers, but it is politically motivated and insufficient to address the problems of farmers and the agriculture sector on the whole.

Pakistan is the most sixth populated country in the world and majority is youth. The youths are uneducated and unskilled. The unemployment rate is increasing the rate of poverty as the uneducated youths are being jobless. The state is always neglected the youths, and youth is receiving nothing. Whatever they can do they are doing for their survival, but never gotten any support from government. This tradition is continue for a long period of times, and it can also affect the upcoming generation. It shows that the government has already destroyed the lives of upcoming generation.

When it comes for eradicating poverty, Pakistan needs to pull up its socks and should put more efforts to achieve UN’s target that is set for 2030. The government should ensure that each youth is employed. The poor people suffering from umpteenth problems should be supported financially by the government, so that in future, they should not suffer.