Even If I Am The Last Man Standing

On the sixth year death anniversary of Salman Taseer, I am reminded of a story told by Noor un

Nisa Inayat Khan, the daughter of the great Sufi, Hazrat Inayat Khan, many years ago. She was a young girl, a gentle soul who played classical music and wrote children’s stories, not the type one would ever expect to see fighting the Nazis or being captured and killed in a concentration camp. But that was to be her fate.

Today it is still difficult for many to understand what motivated this doe-eyed princess, a direct descendant of Tipu Sultan, to step outside her comfort zone and take up such a dangerous cause. But there is a story in her book, the Jataka Tales, that tells of an elephant that made a similar decision, and sacrifice. It is this story that chillingly foretells a decision and sacrifice she would eventually make. And it is this story that brings us to the anniversary of the death of Salman Taseer, the Governor of Punjab, who found himself in a situation in which he had the choice to stay in his comfort zone or stand up for what he believed in.

I was under huge pressure sure 2 cow down b4 rightest pressure on blasphemy.Refused. Even if I’m the last man standing

The White strip in our flag is 4 Minorities.Our religion commits us 2 their protection.She is a poor women who could not defend herself

Indeed, every last message tweeted out by Salman Taseer bears testimony to his conviction that Aasia Bibi was being victimized and as a Muslim, as a Pakistani, it was his duty to stand up for her. It was a conscious decision fraught with repercussions he was aware of:

It is not always easy to pinpoint what exactly it is that jolts the consciences of some beings, leading them to sacrifice their own selves for a cause that may not even be directly related to them.

I like to think about The Great Elephant Noor Inayat Khan wrote about seventy years ago, far, far away in the sandy desert in a small oasis of palm trees and flowers, an elephant that “ate the fruit of the trees and drank from a little stream of water that ran through the rocks. Happy he was, dancing through the banana trees, watching day and night come over the desert.”

One day he heard the voices of men, unhappy men. They had been driven from their country by their king and with nowhere to go, had roamed the desert for many days with no water to drink and no food to give them strength

“Help us, o dear one”, they cried; help us”. The elephant realized the next city was too far for them to reach without food and drink. So he told them to walk towards a hill at the foot of which they would find the body of a large elephant which would provide them food and nearby they would find a stream of sweet water. He said these words and ran over the burning sand and disappeared.

“He climbed to the top of the hill and then from its highest point, in a mighty jump, crashed to the ground below. When the men reached the spot they gazed at the giant-like form … “Is this not our dear elephant?” exclaimed one among them. “This face is the same face; the eyes, though closed, are the same eyes”, said another. And they all sat in the sand and wept bitterly.

“The men spoke no more but bent their heads in the burning sand and ate the meat with tears in their eyes. And it made them strong, very strong, so that they were able to cross the desert and reach a town where their troubles came to an end. They never forgot the great elephant, and they lived happily ever after.”

While living happily ever after may be too idealistic a concept in our present day world, Salman Taseer’s murderer was tried and brought to justice (even though the girl he fought for has yet to be freed and man-made legislation used to persecute religious minorities in Pakistan continues to exist). Discussions about discriminatory laws are becoming more commonplace in Pakistan. And awareness of the plight of religious minorities is steadily growing. It is upon the sacrifices of brave men like Salman Taseer that revolutions are built.

Salman Taseer was iconic because he was comfortable in his humanness. He belonged to a generation of legendary men, like my father, who were not obsessed with outer piety but being real. He was raw, he was genuine; in his imperfections, in his limitations as a human lay his heroism. He believed in a selfless cause and he made the ultimate sacrifice defending it. With no penchant for pomp and glory, he let his compassion guide him.

Like the Great Elephant who sacrificed himself to save the men who had been driven away by their king, Salman Taseer offered himself for the weak, the oppressed and the persecuted. Let us just hope that we, as a nation, were worthy of his sacrifice.

Ayeda Husain has been a journalist for 23 years in Lahore, New York, Dubai and Toronto including as Op-Ed columnist for the Daily Times, features editor for The Friday Times and contributing editor for Libas Magazine. 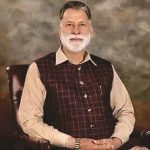 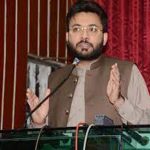 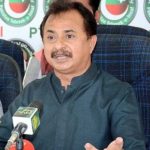