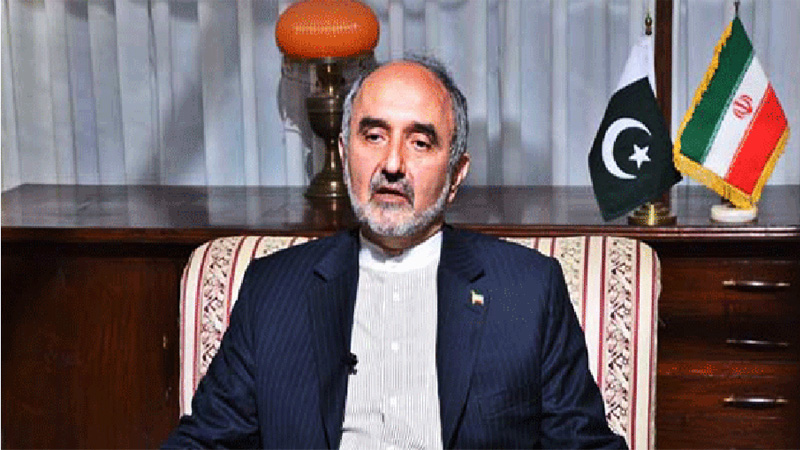 “Iran and Pakistan are victims of terrorism. This concern should be at the top of the agenda of negotiations and consultations between the relevant authorities,” Iran’s Ambassador to Pakistan, Mehdi Honardoost, said on Friday. While speaking at a conference,’Pak-Iran Relations: Current scenario and future prospects’ organised by Islamabad Policy Institute (IPI), he referenced to the terror attack on Iran’s Islamic Revolution Guards Corps in the Sistan-Baluchestan province as well as the abduction of border guards last October and other terrorist activities as he called for counter-terrorism cooperation to be prioritised in the Pak-Iran bilateral agenda. Ambassador Honardoost said that the “hand of a third party” was evident in these incidents, further adding that it was “not easy with brotherly and friendly ties between Pakistan and Iran” and was also involved with patronizing “extremism and terrorism”. However, he expressed confidence in the two countries to foil the sinister designs of “the third party” together. Touching upon the recent conversation between Prime Minister Imran Khan and Iranian President Rouhani, Honardoost asserted that the two leaders had reaffirmed their pledge to cooperate for border security.

He further added that Iran was effectively communicating with Pakistan on all issues while exploring new areas of mutual cooperation. Talking about Saudi Arabia’s planned investment in Gawadar, the Iranian envoy claimed that Tehran was not concerned about any country constructively engaging with Pakistan. “We expect solidarity, cooperation, and interaction between Pakistan and other Muslim countries to improve,” he added while emphasising that it was Pakistan’s obligation as a responsible country to not let it collaborations be misused against any other country. The ambassador spoke at length about trade and economic cooperation between Pakistan and Iran. He underscored the importance Iran-Pakistan gas pipeline and believed that when completed, the project would serve as the foundation for the revival of Pakistan’s economy by strengthening its energy security and putting an end to its power shortages.

“We are waiting for Pakistan to move on the project,” he maintained. He reiterated that Pakistan’s Gwadar and Iran’s Chahbahar ports were not rivals but enjoyed a sisterhood.