Crackdown on banned outfits in line with NAP: ISPR DG 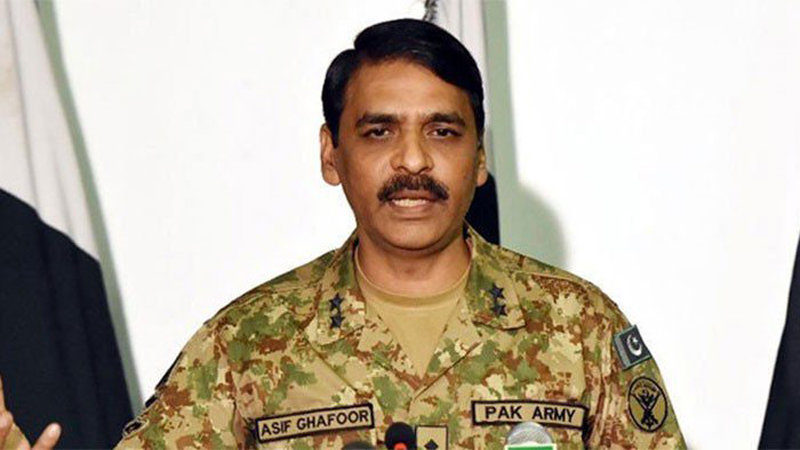 Pakistan Army on Tuesday maintained that the recent crackdown on banned outfits is not due to any external pressure, and that the action is being taken as part of the National Action Plan (NAP) formulated and endorsed by all major political parties and the military leadership back in 2014.

“These actions are not being taken under any pressure but NAP, which is being implemented since 2014 when there was neither FATF nor Pulwama incident,” Inter-Services Public Relations (ISPR) Director General Major General Asif Ghafoor said in an interview with a private TV channel. He said the decision to ban Jamaat-ud-Dawa and Falah-e-Insaniat Foundation was also taken in January, weeks before the Pulwama incident took place. “So, recent actions are in line with the state’s policy being pursued rigorously since 2014 and have nothing to do with any outside influence,” he reiterated.

The ISPR chief said a two-pronged strategy was made to fight terrorism in the country. “In the kinetic domain, Operation Zarb-e-Azb was launched in June 2014. To support this operation, 20-point National Action Plan was announced,” he said, adding that the plan aimed at countering violent extremism, hate speech and literature and de-weaponisation in order to address the root causes of terrorism in Pakistan. “Point 3 of the NAP specifically deals with action against the proscribed organisations,” he added.

The military spokesperson said Operation Raddul Fassad was launched in February 2017 with four cardinals, including elimination of the residual threat of terrorism, countrywide counter-terrorism operation, de-weaponisation and the explosives control. “Border management and perusal of NAP are the hallmark of Operation Raddul Fassad,” he said. “Objectives of the kinetic operations were achieved to a large extent which significantly brought down terrorism in the country,” he added.

“Due to commitment towards the kinetic operations in the past, efforts for implementation of NAP in true letter and spirit remained wanting,” Maj Gen Ghafoor said. “Now, our focus is implementation of NAP to address the root causes of extremism and de-radicalize the society,” he said, adding that Pakistan is destined to move on the path of peace, stability and prosperity. “We won’t allow anyone to use our soil against state’s interests,” he asserted.

On the issue of recent escalation with India, the ISPR chief said Pakistan has received a dossier from India and it is under review by the relevant ministry. He said after the incident, Prime Minister Imran Khan offered to carry out an investigation into the incident but instead of responding to the peace gesture, India violated the Line of Control (LoC) on February 26. He said if anyone is found guilty of being involved in the Pulwama incident after a thorough investigation, action will definitely be taken against him.

He said now is the time for Pakistan to get united because unity will take the country to its rightful destination. He also called on India to decide the course it wants to tread on because the future depends upon it.