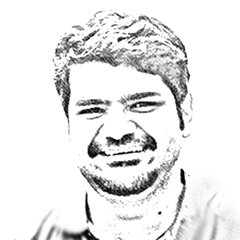 Tensions have been high between India and Pakistan since the suicide attack in Pulwama in Indian Occupied Kashmir (IOK). But armed conflict has been part of human history for as long as humans have existed while also encouraging morally just and humane practices for people directly and indirectly involved. The just reasons and conduct before war have been discussed by classical philosophers like Aristotle, who argued for waging war as a last resort. Historically famous Christian saint St. Augustine argued war could only be conducted for self-defence. The Hindu scripture Mahabharta has similar edicts.

As is customary, India blamed Pakistan for the hostilities, which was rejected by the latter despite offers by Pakistan to share actionable information so it could take action.

Practices relating to the notion of a just war started cementing in international law when one of the first Geneva conventions were signed in 1864 that called for humane treatment of people no longer participating in war. Through such traditions and international consensus emerged the Just War Theory, a doctrine that Michael Walzer has based his classic book ‘Just and Unjust Wars’ on.   Just War Theory now forms the basis of Geneva Convention in its current form that dictates reasons that consider when a war is fair and legitimate.

Just War doctrine enshrines that a war has to be for a just cause to be considered legitimate. The just cause can include reasons such as when it is waged in self-defence if an aggressor encroaches on your political sovereignty and territorial integrity. Perhaps, Pakistan then had the right to wage war on India since its territorial integrity was breached by the first Indian strike and continues to be breached in IOK?

Just War demands that the war must be for the right intention with a reasonable probability of success. Right intentions can include that of creating or restoring peace or assisting civilians

On that note, international law now also considers the Responsibility To Protect doctrine that allows individual states to militarily intervene in another state for its humanitarian violations.

My question is, would the international community accept it if Pakistan takes military actions against the Indian brutalities in Kashmir?  But for the purpose of argument, I believe if anything, Pakistan can establish all components of Just War if it attacks Kashmir or the Indian territory. It is because India has occupied what Pakistan believes is its territory in Kashmir while subjecting the Kashmiris to extreme brutality and committing human rights violations. I understand it is a contentious doctrine (considering the 2004 Iraq War) but the point is still pertinent to mention. But I digress.

Previously a pre-emptive strike (as India had claimed in its attack on the alleged Jaish camp) was also considered just. However, this excuse is no longer acceptable since the UN Charter now decrees, “all Members shall settle their international disputes by peaceful means” (Article 2:3)”

Just War demands that the war must be for the right intention with a reasonable probability of success. Right intentions can include that of creating or restoring peace or assisting civilians.

Pakistan has repeatedly asked for actionable information on the Pulwama attacks yet India has encouraged war hysteria and violated international law by flouting the territorial integrity of Pakistan. Indian Prime Minister (PM) Narendra Modi has stoked this hysteria to help his election campaign and this goes against the need for the war to be for the right intention.

Lastly and most importantly, it is Jus Bello (conduct during war) that powerful hegemonic nations like the US and Modi’s fascist regime in India have disregarded with impunity. Jus Bello in the Just War Doctrine and in dharma-yudha of Mahabharata primarily decide the rules related to who can be fought during a war, the weapons and proportionality of force used and that civilians should be spared. Thus, informing limits that do not cross ethical and strategic benefits. Mahabharta goes as far as forbidding attacking an enemy warrior if their back is to you. Unfortunately, Shakuni (king of Gandhara) and Arjuna (son of Indra) themselves broke that rule. But the Hindu-dominated government of India continues its atrocities and brutal behavior against the civilian Kashmiri population by using rape as a weapon against women and pellet guns as a weapon against the youth and children.

In conclusion, Just War Doctrine is an important part of international law. Supposedly responsible and powerful democracies continuous recklessly flouting laws like the Geneva Convention to pursue hegemonic powers. This will not just make the laws redundant but also damage the established world order. Pompeo’s State Department stressed on the ‘urgency of Pakistan taking meaningful action against terrorist groups operating on its soil,’ after the Indian attack on our sovereignty.  However, it is not just India’s current stance but also the US’s historical conduct should put them both to shame and remind them who has been purporting state terrorism.