Always be ready to respond to any aggression from the adversary: Air Chief Marshal 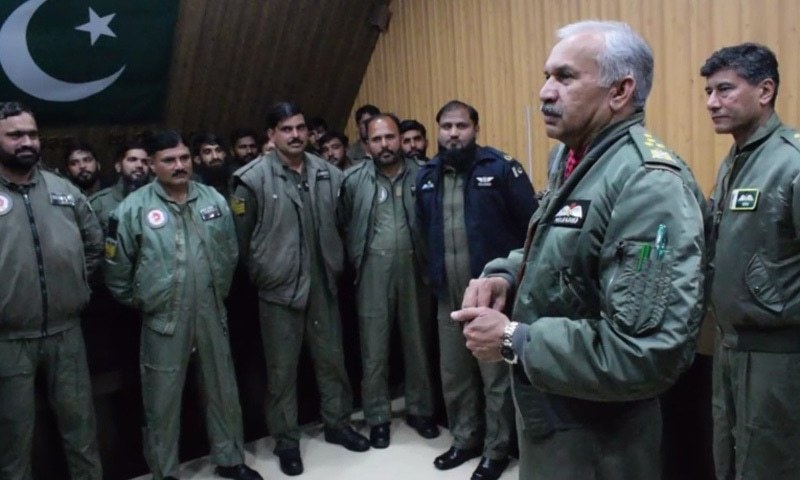 On Monday, Chief of the Air Staff, Air Chief Marshal Mujahid Anwar Khan advised the Pakistan Air Force (PAF) officers  to keep their “guard up” as there are many more challenges to come in future.

According to a PAF spokesperson, the air chief visited Forwarding Operating Bases (FOB) met combat and ground crew along with security troops, air defense, and engineering personnel and civilian staff.

“The entire nation is proud of PAF, which did exceptionally well in safeguarding the sovereignty of our country in the recent conflict with the enemy.”

Air Chief referred to the Indian attack on the airspace of Pakistan and said, “We bow our heads in complete humility and express our gratitude to the Almighty for giving us the strength to come up to the expectations of our resilient nation”.

The Indian Air Force (IAF) pilot was captured by Pakistan and was released as a gesture of peace by PM Imran Khan. The threat of further escalation was eliminated after this move and the Chief was adamant on the fact that the forces need to be more vigilant.

“The challenges are not over yet, and we should keep our guards up and always be ready to respond to any aggression from the adversary,” he said.