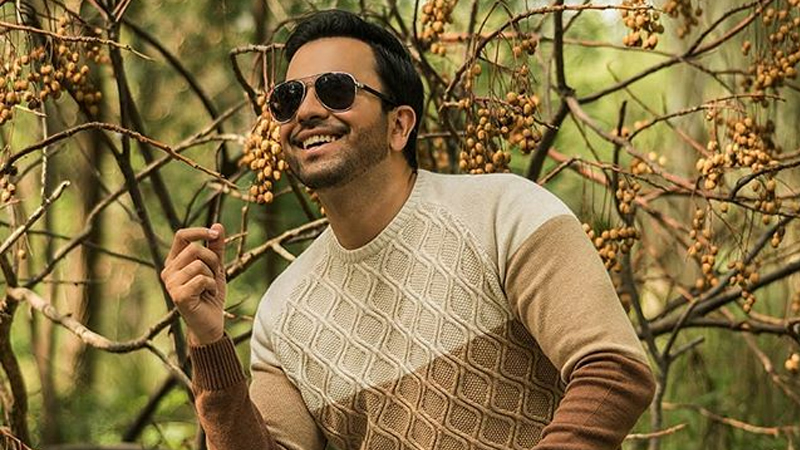 Although an A- List celebrity, I saw no signs of arrogance in Junaid Khan when we met for an interview. As I reached the decided meet up place, he offered me a chair to sit as soon as I entered the restaurant. He was still in the middle of a meeting but he cut short the conversation so that I did not have to wait around. He was definitely taller than I had imagined him to be. It was a fan moment really; I was meeting one of my favourite Rock artists who had now made it big in the drama industry. Khan is listed as one of the country’s finest actors, with notable performances in various drama serials, including ‘Yeh Mera Deewanapan Hai’, ‘Silsilay’, ‘Kam Zarf’ and the current on air ‘Hania’.

What are your future projects? Any plans for shifting to the silver screen soon?

I am currently working on a shoot for an upcoming drama, ‘Hum Ke Thehre Ajnabi’. It stars me, Ayeza Khan, Momal Sheikh and Muneeb Butt, and is directed by Syed Wajahat Hussain and produced by Drama Baaz Productions. The story revolves around the concept of nikkah without rukhsati, where the family tends to delay the latter for different reasons. It is quite a trend in our society, but problems arise. Although nikkah has taken place, the bride and groom are still not allowed to live under one roof contrary to religious laws. Restrictions by the families lead to arguments, eventually resulting in a divorce.

There are also a couple of films that are in the pipeline, but I cannot disclose anything as I have not officially signed any contracts yet.

I happened to see the first two episodes of ‘Hania’. Your look in the serial is appealing but the character is very dark. Aren’t you afraid of playing a dark, shady villain?

Don’t you think that we highlight a lot of abuse and abusive men in our dramas? There is a repeated format of dusri shadi, aik mazloom but forgiving aurat and zalim samaaj. Don’t you think that such scripts can have a negative impact on the viewers?

Whenever people see a road accident they stop, look and inquire what happened. It is basic human nature. Our viewers are not many men, they are mostly women. It is unfortunate, but that is what they demand to see. People may deny it, but the ratings for such dramas are the highest. At the end of the day this is business and people want to make what sells the most. As actors we do feel responsible for any roles that we play, we desire to improve our content, but no one wants to risk their channel’s ratings. There is also another side to it. In case of ‘Hania’ the lead female character shows resistance against an abusive relationship. Women in our society tolerate abuse for the sake of their children and this is wrong. Abuse should never be tolerated and through dramas like ‘Hania’ we preach this message. I am also practically working on this through an NGO which aims on empowering women, equipping them with the necessary skills so that they can work from home and earn for themselves.

Who has been your favourite co-star in terms of acting and on-screen chemistry?

I don’t have a personal favourite as I get along with all of my co-stars, but people really appreciated my on screen chemistry with Hira Mani in ‘Sun Yaara’.

You have worked with numerous actresses, even Saima Jee in ‘Yeh Mera Deewanapan Hai.’ She is such a legendary actress. How was your experience working with her?

She made things very comfortable due to her very humble nature. She is a star, but she never lets any of us feel awkward. She is very focused on her work. A lot of people demand extra protocol to be differentiated as a star, but you won’t see her do that.

I like Faisal Qureshi, he is very versatile. I see him take up many diverse roles and he also pays attention to body language while acting. I admire him for his skill in acting.

We heard your latest collaboration with Indian band, Spunk, it was good to see you in your ‘rocker swag” after a long time. Any albums or songs that you are currently working on?

Yes there are songs that I am working on with The Call band and for my solo album as well.

Pakistan has some of the greatest singers but there are not a lot of mediums for a singer to display his/her work. What kind of solution does our music industry need?

The international model works best where a record label manages the distribution over radio, television or digital media. They divide the profit percentage. We did have such a record label in Pakistan, but the model crashed eventually. TV channels have access to free downloadable Indian songs which the audience apparently enjoys more and so the channels were unwilling to pay for Pakistani content. We need good distributors, a whole lot of shows and a couple of record label companies so that there is competition and benefits for the artists too. Now the digital medium is also making money. There is a lot of digital websites like “Patari”, “Sawan” that are giving royalty to the artist. So let’s see

You recently worked with some Indian artists but due to the current situation there is now tension between the two countries and the Indian government has banned Pakistani artists? How do you fell about all this?

After the release of ‘Talaash’, we received loads of positive coverage, but just after a week this happened. The Spunk band was very disheartened by the effects of tension between the two countries, but I have been through this grind all my life and we know that this will continue. As artists we should not be bothered by all this and we should never take sides. There is always going to be a new face or a new reason for hate, but the show must go on. Artists should always talk about peace. Unfortunately, the Indian artists participated a lot this time and I do not blame them. There has been a lot of hate that has been instilled into the minds of Indians and Pakistanis since two decades, teaching us that we are enemies. I have been to India a lot of times. They over pamper and show a lot of love especially after knowing that you are an artist. Similarly, our people also show a lot of love and warmth when they meet Indian artists. Indian artist must make statement like these because if they don’t, they will be labelled as “anti- India”. Both sides need to be educated. We have to overcome the hate and keep on working together.