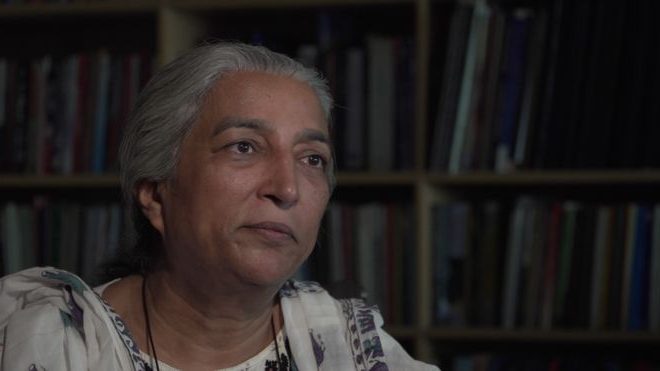 The civil society, lawyers, journalists and traders held demonstration and different rallies in Lahore on Thursday to show solidarity with the armed forces of Pakistan. A demonstration arranged by different organizations of civil society demanded peace instead of war while urging both the India and Pakistan to keep a restraint in the ongoing war-hysteria. The demonstration held outside the Lahore Press Club was jointly organized by the Institute of Peace and Secular Studies, Awami Worker’s Party and Pakistan Rawadari Tehreek that demanded peace in the country.

Speaking to Daily Times, Chairperson of Institute for Peace and Secular Studies Diep Saeeda said that the war-hysteria is on the rampage these in both the countries and we cannot afford a war keeping in view the problems faced by these two countries. “The basic purpose of today’s demonstration is to spread the anti war sentiments because we cannot afford the war,” he said and added that both the countries should launch a war against poverty and extremism. She was of the view that extremism tendencies are here in both the countries and therefore we should discourage the war and give peace a chance. The participants of the demonstration were carrying different placards and banners having anti-war slogans. “Say no to War, War is not the answer” were slogans being chanted by the participants in the demonstration. Awami Workers’ Party’s Farooq Tariq, Ammar Ali Jan, Samsom Salamt and students from different educational institutions were also present on the occasion.

Another rally was organized by the Lahore Press Club to show solidarity with the armed forces of Pakistan. Starting from Press Club, the rally culminated at Chairing Cross where politicians, traders and lawyers also joined the rally. “The participation of all the political parties shows that we all are on the same page against our enemy,” said minister for Information and Culture Feyyaz ul Hasan Chohan. He further added that we want peace but India will be responded in a befitting manner in case of aggression against us as we are an atomic power. President Lahore Press Club Arshad Ansari said on the occasion that a war-hysteria is started from India every time during the election season there. He was of the view that Pakistan is a peace loving country but India is involved in conspiracies against us but we know very well how to respond our enemy.