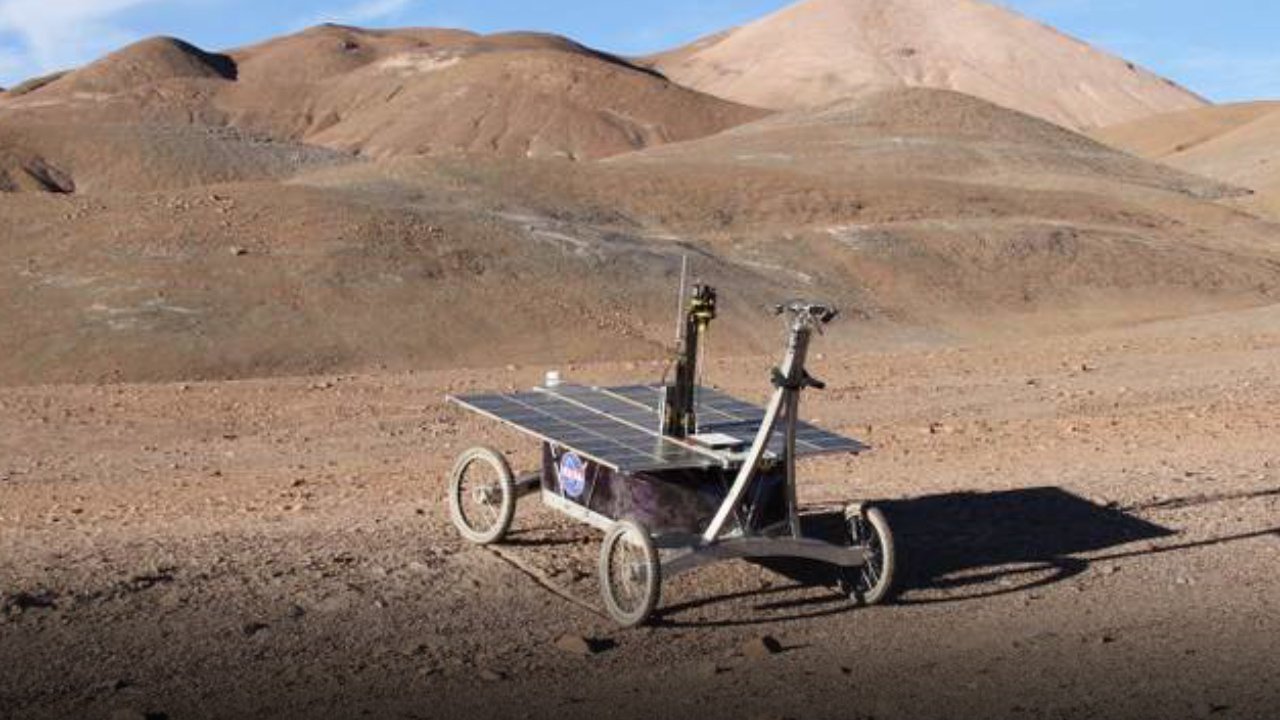 A Nasa robot being tested in the most Mars-like environment on Earth has found samples that could help humanity find alien life, scientists say.
The rover pulled up soil samples from beneath the Earth that contained strange and highly specialised microbes that were spread out in patches. The unusual discoveries appear to have developed to deal with the very limited amounts of water and nutrients in the soil, as well as its chemistry.
The discovery not only shows that the lander will successfully be able to search for any potential life on Mars or elsewhere, but also shows the first time these particular hardy microbes – which could be similar to any currently living on the red planet – have been discovered.
The findings have been published in the journal Frontiers in Microbiology and scientists say they will help the search for signs of life when future missions head to Mars.
The very fact that subsurface soil of this kind could be found in the Atacama Desert in Chile is a breakthrough that will drive future discoveries, scientists said.
“We have shown that a robotic rover can recover subsurface soil in the most Mars-like desert on Earth,” says Stephen Pointing, a Professor at Yale-NUS College, Singapore, who led the microbial research said in a statement. “This is important because most scientists agree that any life on Mars would have to occur below the surface to escape the harsh surface conditions where high radiation, low temperature and lack of water make life unlikely.
“We found microbes adapted to high salt levels, similar to what may be expected in the Martian subsurface. These microbes are very different from those previously known to occur on the surface of deserts.”
Both Nasa and the European Space Agency are preparing to send rovers to Mars in 2020. Those will roam over the surface and look for evidence of life, either in the past or the present, as well as drilling under the surface in an attempt to pull up any microbial life that might be hiding beneath there.
Testing of this kind helps ensure that the missions succeed and shows that rovers should be able to deal with the harsh environment on Mars.
“The core of the Atacama Desert in Chile is extremely dry, experiencing decades without rainfall. It has high surface UV radiation exposure and is comprised of very salty soil. It’s the closest match we have on Earth to Mars, which makes it good for testing simulated missions to this planet,” said Pointing in a statement. courtesy the independent