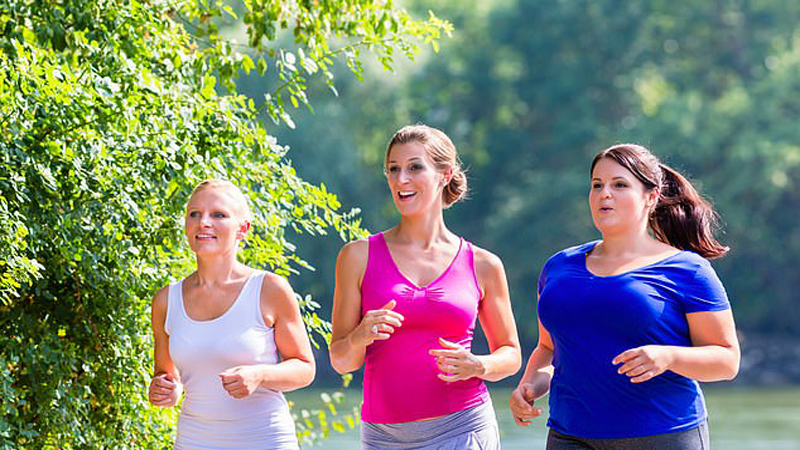 Just 15 minutes of jogging every day could reduce the risk of depression, a doctor has said.

Speaking on the back of a recent study that found physically active people are less at risk of the mental health condition, a medic from Massachusetts General Hospital urges the public to ‘just move’.

Whenever patients come to him complaining they are feeling down, the doctor tells them to ‘get outside and do something’ before he will prescribe an antidepressant.

Dr David Agus, from the hospital’s department of psychiatry, told CBS News: ‘My patients now, when they say, “I’m starting to feel a little depressed and not do as much,” my first thing is not prescribe a pill, but get outside and do something.’

‘Fifteen minutes of jogging, an hour of gardening.’

Depression is the leading cause of disability in the US for people aged 15-to-44, according to the Anxiety and Depression Association of America.

The condition affects more than 16.1million Americans (6.7 per cent) every year.

And in the UK, 19.7 per cent of people over 16 showed symptoms of depression or anxiety in 2014, Mental Health Foundation statistics show.

Dr Agus was the lead author of a study released last month that found people who exercise more are less likely to develop depression.

Him and his colleagues analysed 611,583 adults, some of whom self-reported their activity levels, while others wore accelerometers.

As well as their activity levels being recorded, the participants’ DNA and history of depression was also assessed.

Results — published in JAMA Psychiatry — revealed that of the participants who wore an accelerometer, being physically active protected against depression.

But the same was not true of those who self-reported their exercise.

After looking at the participants’ DNA, the researchers discovered a person’s genes do not influence whether they reap the mental-health benefits of being active.

Dr Agus believes the ‘sweet spot’ is to get your heart rate beating 50 per cent faster for quarter-of-an-hour a day.

For example, if you have a resting heart rate of 60 beats per minute, aim to get it to 90.

‘That means you don’t even need to be sweating or out of breath, just move is critical,’ he said.