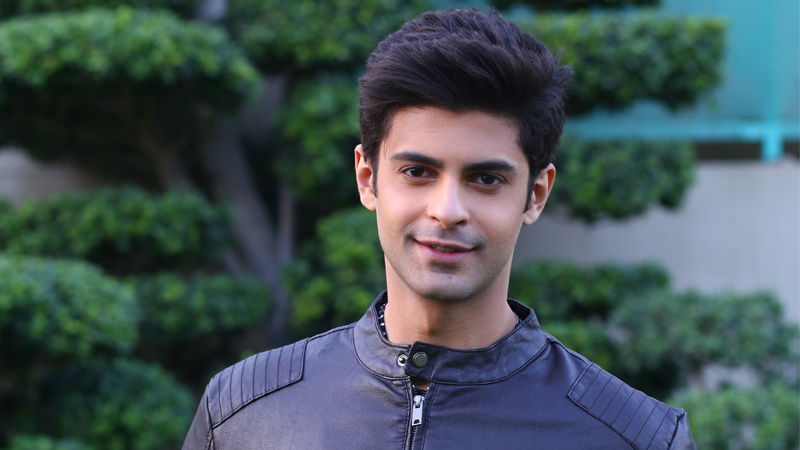 Young and versatile actor Saad Qureshi caught our attention with his performances in 2018 notably in ‘Pukaar’ and ‘Ki Jaana Main Kaun’. We met the young actor for coffee to know more about his plans for 2019 and his perspective on the media industry. Undoubtedly, we have heard of various horror stories from people entering the entertainment industry.

Such perspectives have often played a vital role in hampering the overall growth and hindered parents from actively supporting their children from being a part of the big bad world of entertainment. According to the young actor, the information we are fed is not a true reflection of what actually is. Contradicting the popular belief, Saad Qureshi shared his experience when making his entry in the industry three years back, “Honestly speaking, I feel that our industry welcomes everyone who is passionate and willing to give it all. I am blessed to have worked with two phenomenal directors Farooq Rindh and Mohsin Talat in 2018; both supremely talented in their craft as directors. They were very kind to me as a new comer and have been acting schools of their own.”

As a young actor working alongside some of the biggest names from the industry can get overwhelming. One also hears feedback and learns different techniques. Figuring out and developing your own technique of internalising a character can be a challenge. With a commercially driven drama industry, often times rehearsals are completely omitted from the production process.

“I think getting into a character is the toughest challenge for me. Our drama industry doesn’t hold any rehearsals so first few days of any shoot is a difficult challenge to get into the skin of the character,” Qureshi said.

Skimming through the channels, one often wonders if today’s dramas are in any way providing a reflection of the present society or are they mere assumptions, according to Qureshi, “Why do dramas need to be a true reflection of what’s happening in the society at first place? Coincidently, many stories today are inspired by true events in our society. And it’s good that it’s happening, it presents a story that is easier for audience to relate to, However, I believe that our dramas shouldn’t be just be limited to it. Genres like fantasy, comedy and period dramas all are equally relevant. I would however like to see more cinemas and an audience who accepts both commercial and non-commercial work.”

Leaving a message for all new and young actors working in the entertainment industry, Qureshi added, “I think it’s your call in the end whether you trust your ability to challenge yourself and let go of your comfort zone as an actor. You may be given somewhat similar characters to work with, but it doesn’t limit you to grow and develop something fresh and out of the ordinary to feel that you have lived up for the artist in you. This is where the role director-actor relationship comes to play and I have been lucky enough to have worked with such people who value such attempts.”

Currently working on Momal Entertainment’s project ‘Meer Abro’, we wish Qureshi all the best for this year. Looking forward to greater performances from the young actor.