Pakistan has the power to counter challenges 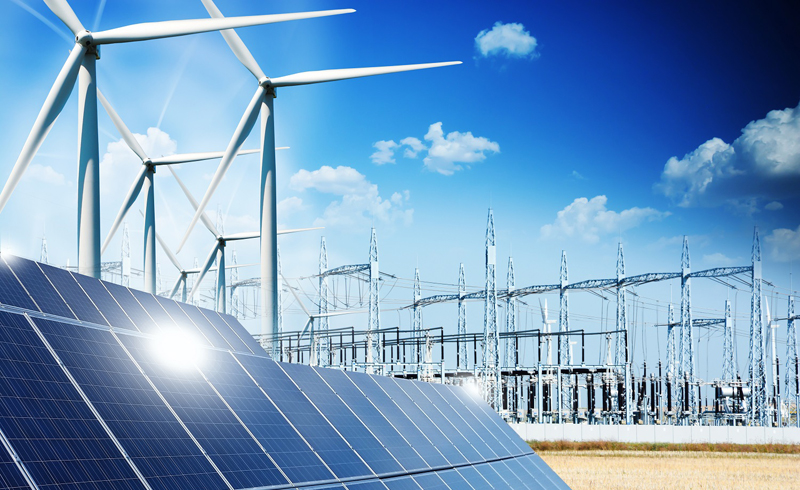 Sustainability science is the study of sustainable development and environmental science. In today’s world with fuel emissions rising to unprecedented levels, the oceans and the earth warming up and the ozone layer becoming dangerously depleted; it is imperative that we address the issues of ecology impacting interconnected domains ie economics, politics and culture. In this context, the entire global community needs to re evaluate its energy sources, consumption of and sustainability of present day practices. For this we have to look to harnessing sustainable energy methods and implement systems that serve the needs of the present without compromising the ability of future generations to meet their needs.

Technologies that promote sustainable energy include renewable energy sources, such as hydroelectricity, solar energy, wind energy, wave power, geothermal energy, bioenergy, tidal power and also technologies designed to improve energy efficiency. With technology improving at lightning speed, costs for these innovations have decreased immensely throughout the years, and continue to fall. Increasingly, effective government policies support investor confidence and sustainable energy markets are expanding. Considerable progress is being made in the energy transition from fossil fuels to ecologically sustainable systems, to the point where many studies support the use of renewable energy.

Pakistan currently relies heavily on refined oil and natural gas for its energy. Fossil fuels are non-renewable, that is, they draw on finite resources that will eventually dwindle, becoming too expensive or too environmentally damaging to retrieve. Yet, the two main sources which Pakistan relies on the most are non-renewable, which itself is a cause for alarm since it causes long term irreversible damage to the environment. The first problem that we need to pay attention to is the fact that natural resources like forests etc are already depleting and a further exhaustion of these will cause further damage to the climate and ecology of the region. By contrast, the many types of renewable energy resources – such as wind and solar energy – which many countries have already shifted to are constantly replenished and will never run out.

Most renewable energy comes either directly or indirectly from the sun. Sunlight, or solar energy, can be used directly for heating and lighting homes and other buildings, for generating electricity and for hot water heating, solar cooling, and a variety of commercial and industrial uses. The sun’s heat also drives the winds, whose energy is captured with wind turbines. Then, the winds and the sun’s heat cause water to evaporate. When this water vapour turns into rain or snow and flows downhill into rivers or streams, its energy can be captured using hydroelectric power. Along with the rain and snow, sunlight causes plants to grow. The organic matter that makes up those plants known as biomass can be used to produce electricity, transportation fuels, or chemicals. The use of biomass for any of these purposes is called bio energy and is a rapidly developing field in the rest of the world.

An additional source is the energy of the ocean’s tides, which come from the gravitational pull of the moon and the sun upon the Earth. In fact, tidal energy comes from a number of sources. In addition to tidal energy, the energy of the ocean’s waves which is driven by both the tides and the winds is another source awaiting attention. The sun also warms the surface of the ocean more than the ocean depths, creating a temperature difference that can be used as an energy source. All these forms of ocean energy can be used to produce electricity cheaply and without damaging fragile ecosystems.

Within our country, there is vast economic potential for the development of renewable resources, such as through tidal power via Karachi, the use of hydroelectric power plants located on rivers and lastly the utilisation of wind turbines. At the moment, all three are possible avenues of energy sources but have been left undeveloped and sadly unexplored. Solar energy, now a concept that has been thoroughly integrated into society in most parts of the world, has only had its surface scratched within Pakistan. This too has the potential to greatly aid our country in its current state where there is an ongoing energy crisis. Unfortunately, this crisis has only been escalating due to the lack of initiatives taken.

I believe that if and when Pakistan starts to implement alternate solutions and options for energy, we can quickly turn around the current energy crisis within Pakistan. This will not only boost industry and economic development but also set an example for responsible governance. We owe it to our future generations to ensure that the world they inherit is a safer, healthier, sustainable world.

The writer is a student at Aitchison College. He can be reached at hyderalibokhari8@gmail.com