* Another name given to Lahore is the Magical City of Gardens

The famous Walled City also known as the Mughal City of Gardens is a reflection of the Mughals who lived in Lahore, remembering their way of life and architectural designs. There’s the Lahore Fort or Shahi Qila, which was constructed during Mughal Emperor Akbar’s rule era and has been regularly updated by all the following rulers. Lahore is not just about extensive Mughal structures but going out for a promenade around the Old City, also known as Androon Shehr. There you can discover leftovers from the times when the Rajputs and Sikhs controlled the city. Lately, there have been more developments in the establishment of commercial buildings. The Walled City of Lahore, also known as Old City, forms the historic core of Lahore.

The city was established around 1,000 CE in the western half of the Walled City, which was fortified by a mud wall during the medieval era. The Walled City rose in prominence after being selected as the Mughal capital, which resulted in construction of the Lahore Fort – now a United Nations Educational Scientific Cultural Organisation World Heritage Site, as well as the city’s new reinforced walls. The Walled City was bestowed with numerous monuments during the Mughal era, with some of Lahore’s most iconic structures being located in the Walled City, such as the lavishly decorated Wazir Khan Mosque, the massive Badshahi Mosque and the Shahi Hammam. Under Sikh rule, the city was again selected as capital and the Walled City again rose in prominence with numerous religious buildings built in the Walled City at the time, including the Samadhi of Ranjit Singh and the Gurdwara Janam Asthan Guru Ram Das.

The Walled City today remains the cultural heart of Lahore and is home to many of its tourist attractions. In 2012, the Pilot Urban Conservation and Infrastructure Improvement Project-the Shahi Guzargah Project was launched in order to restore a section of Shahi Guzargah (Royal Passage) between the Wazir Khan Mosque and Delhi Gate under the management of the Walled City of Lahore Authority. The first phase of the project was completed in 2015 with support from the governments of Norway and the United States of America.

Minar-e-Pakistan is a celebrated landmark that was built during the 1960s on the site where the goals for the arrangement of Pakistan were officially discussed in 1941. That makes it a pretty mended dynamic national monument of Pakistan. Its construction took eight years and was completed on October 21, 1968 at an estimated cost of Rs 7,058,000. Minar-e-Pakistan is a national monument located in Lahore, Pakistan. The tower was built between 1960 and 1968 on the site where the All-India Muslim League passed the Lahore Resolution on March 23, 1940 – the first official call for a separate and independent homeland for the Muslims of British India, as espoused by the Two-Nation Theory. The resolution eventually helped lead to the emergence of an independent Pakistani state in 1947.

Ask any Lahori and they’ll reveal to you that there’s no better spot for sustenance in Pakistan than Lahore. It’s true that “Lahore Lahore Ae”. With noteworthy places, for example, Gawal Mandi and Anarkali to increasingly present day foundations in spots like MM Alam Road, Lahore is shining with infinite feasting alternatives. It’s leading in new bandwagons.

Pakistan Army has a shining repute. Wagah’s outskirts have the right to be referenced independently on account of its political and registered essentialness. The Wagah fringe service itself has turned out to be such a fascination, that numerous individual’s adventure out to the outskirt every day just to see the banner bringing down function. The march wins the heart of Pakistanis. Wagah is a village and union council located in the Wahga Zone of Lahore, Punjab. The town is famous for the Wagah Border ceremony and also serves as a goods transit terminal and a railway station between Pakistan and India. Wagah is situated 600 metres east of the border and lies on the historic Grand Trunk Road between Lahore and Amritsar in India. The border is located 24 kilometres from Lahore and 32 kilometres from Amritsar. It is also 3 kilometres from the bordering village of Attari. 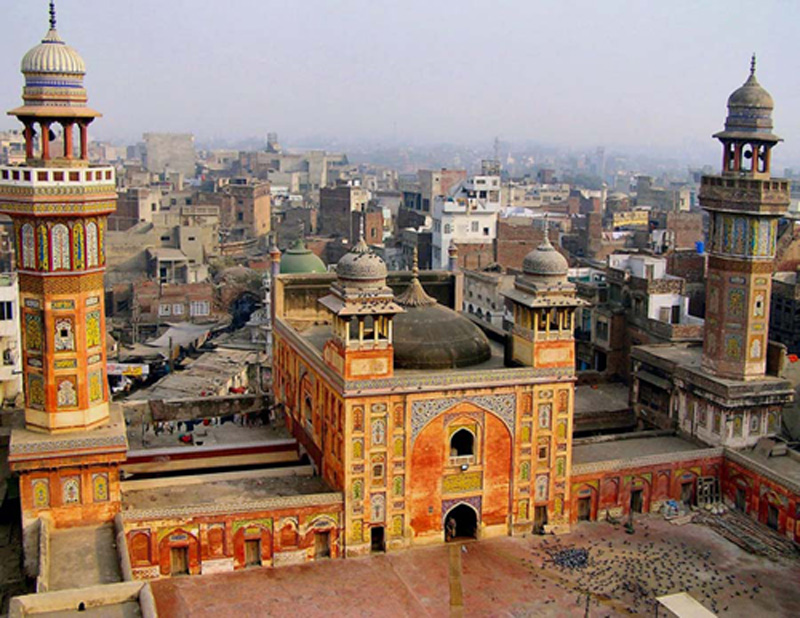 From Liberty to MM Alam Road and from Defence to Shah Alami, there is something to purchase all over Lahore for any age group. Shopping is something to be thankful for about Lahore. Opening up of new malls has given an opportunity to shop under one roof and vibrant flags highlight Lahore as ‘Zinda Dil Shehr’.

Another name given to Lahore is the Magical City of Gardens. A large number of nurseries in Lahore were established during Mughal era and luckily, huge numbers of them have endured the trial of time. From Shalimar Gardens setup by Shah Jehan to Jilani Park otherwise known as Race Course Park to Bagh-e-Jinnah, Lahore justifies its name as being the City of Gardens.

Lahore is a city in the Pakistani province of Punjab. Lahore is the country’s second-most populous city after Karachi and is one of Pakistan’s wealthiest cities with an estimated Gross Domestic Product of $58.14 billion as of 2015.

Lahore is the largest city and historic cultural centre of the Punjab region, and one of Pakistan’s most socially liberal, progressive and cosmopolitan cities.

Lahore’s origins reach into antiquity. The city has been controlled by numerous empires throughout the course of its history, including the Hindu Shahis, Ghaznavids, Ghurids and Delhi Sultanate by the medieval era. Lahore reached the height of its splendour under the Mughal Empire between the late 16th and early 18th Century, and served as its capital city for a number of years. The city was captured by the forces of the Afsharid ruler Nader Shah in 1739 and fell into a period of decay while being contested between the Afghans and the Sikhs. Lahore eventually became capital of the Sikh Empire in the early 19th century and regained much of its lost grandeur.