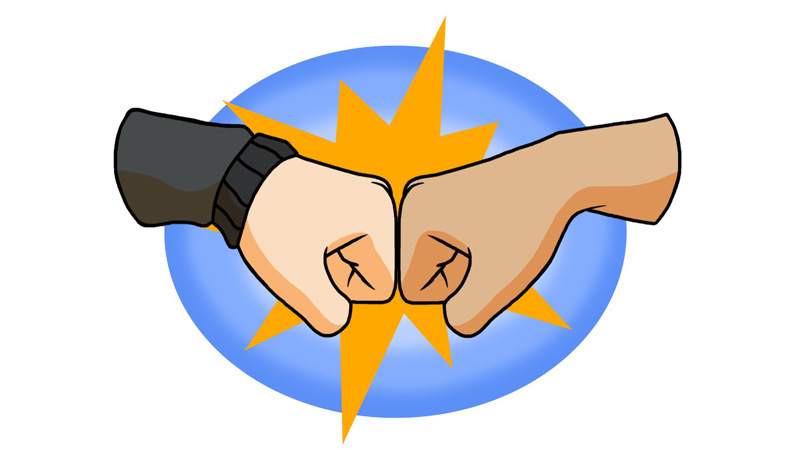 Once in a village, two best friends lived called Adnan and Ali. Adnan was very poor and he was jobless and just two eat twice a day was a hassle for him. Ali on the other hand, had a stable job and his life was good enough. One day, Adnan decided to open a shop but he did not have any source for getting money for investment. He decided to borrow from Ali. He allocated the money wisely in his business and began running his shop successfully. After some years, he became the richest person in the village. After tasting success and riches, his behaviour totally changed. He stopped respecting his fellow villagers. One day, Ali headed over to Adnan’s place to ask for the money he had lent him. Ali was quite surprised to see that Adnan’s abode has become quite lavish because of all the money he was now making. Adnan refused to give Ali his money back that deeply hurt Ali. “But, I am your best friend. How can you forget me,” Ali said to him emotionally. “What friend? I don’t know you,” Adnan replied rudely. “Remember that day when I had helped you open a shop? Because of me you got rich and now you have forgotten me,” Ali said.

“Okay, I will go. But listen. A day will come when you will come back to me be it for anything,” Ali said to him and went away.

Adnan forgot Ali’s words soon after and went to his shop as routine. After a few months, Adnan was in a hurry to leave work and put all the money in a drawer, locked the shop and went home.

On the same night, some robbers broke into Adnan’s shop and stole each and everything including Adnan’s hard-earned money.

The next day, when Adnan went to his shop, he saw that the lock was broken and everything was gone. He became helpless and all he could do was sit in a corner and cry about what had happened.

He found himself jobless, penniless and this time friendless. On his way home, Ali spotted him and saw him crying. He asked somebody what had happened and the person narrated the happening to him.

Ali was sad on hearing this, because he still had caring feelings for Adnan. Ali went to Adnan and brought him to his house.

Adnan was very ashamed and apologised to Ali. They decided to start afresh.