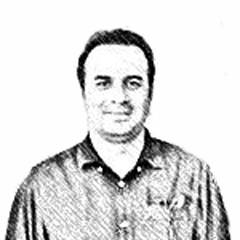 What happened in Sahiwal was horrible. An innocent family while traveling to attend a wedding ceremony was brutally murdered merely on suspicions of terrorism. Ironically enough, personals who conducted this operation belonged to the counter-terrorism department (CTD). The job of CTD is to stop terrorism, but they acted exactly the opposite. As ill thought and blunderous as the operation was, the cover-up was no less clumsy.

The response of politicians to the Sahiwal incident was as expected. Punjab law minister Raja Basharat Ali tried to put a little blame on both sides while subtly trying to side with CTD. It was exhausting to listen to him; as we are already tired of such press conferences in the past. The initial response of the present government was no different from previous ones, and this was extremely disappointing. There was no impression of a Naya Pakistan in Raja Basharat’s press conference.

The political opposition, as expected, used this incident as an opportunity to bash the government. Their hollow slogans and demands were a desperate effort to stay relevant. No one has forgotten what happened in Model town Lahore and what happened to Naqeeb Ullah Mehsud in Karachi.

Incidents like Sahiwal happen when too much power is given to unprofessional and incompetent persons. The situation gets worse when such persons have assurances that the state will protect them, no matter what. The question arises why do political governments always try to cover up the blunders of law enforcing agents? There could be two reasons: firstly, it could be that the politically elected government needs these officials and institutions to do their dirty work for them. Secondly, it could be that the government is blackmailed by higher-ups that if prosecuted the institutions will stop working.

The response of politicians to the Sahiwal incident was as expected. Punjab law minister Raja Basharat Ali tried to put a little blame on both sides while subtly trying to side with CTD. It was exhausting to listen to him; as we are already tired of such press conferences in the past

The first scenario is likely to be the case in previous governments. Hopefully, the government of Naya Pakistan will not give favors to those responsible only for getting favors back when needed. Also, hopefully this government will not give in to the blackmailing of bureaucracy.

The government has promised an exemplary punishment for those responsible for this incident. The suspensions and transfers of the culprits will not work, they need to be sentenced in keeping with the spirit of justice.

But the probability of justice happening is low. Raja Basharat’s press conference has already suggested what will happen. Firstly, he said CTD officials acted on information that these people were terrorists. This means that if the information was wrong, this was not their fault. We would never know whose fault was this.

Secondly, he labeled the loss of innocent lives as collateral damage. He also maintained that the operation was 100 percent right. These statements were displeasing and confusing at the same time. People were expecting that Raja Basharat should be, at least, disciplined by the PTI leadership; because his way of handling the issue was against PTI’s ideology.

Now that the dust has settled a bit, Raja Basharat’s actions have started to make sense. Days before the Sahiwal incident, audio of the conversation between him and Dr. Tariq Niazi, MS of Benazir Bhutto Shaheed Hospital, was leaked. In this audio Raja was heard threatening MS of consequences if he did not comply with his orders. Prime Minister Imran Khan took notice of this incident and assured MS to continue working on merit, and that he will not be touched. Again, one would expect some action against Raja Basharat by PTI, but none was taken or couldn’t be taken. Instead of Raja Basharat being rebuked, two strange things happened recently. First, The MS of Rawalpindi hospital was suspended in keeping with threats of Raja Basharat, and against the guarantees by PM Imran Khan. Second, Raja Basharat obtained additional charge of more ministries of Punjab. Is it a coincidence or it is deliberate, is unknown. But it is surprising that a provincial minister can undermine the authority of the PM. If Raja Basharat, the law minister, keep supporting the CTD, there is little hope for victims of Sahiwal. As usual, we should all pray to Allah to give patience to the bereaved family. We should also pray that our loved ones are not the next victim. Because when mindless and heartless people are in charge, no one is safe.

The writer is a researcher and educationist. He holds a doctorate from Massey University New Zealand