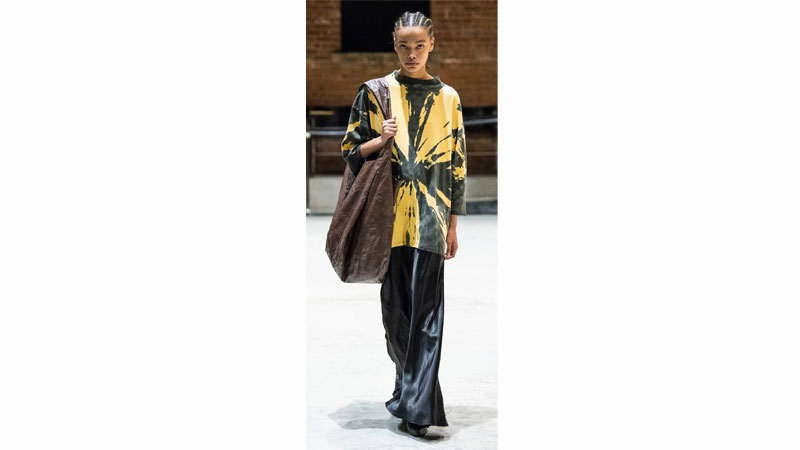 The New York Fashion Week has commenced and now it’s time to look back at what we’ve learned from the US style capital. With an eclectic mix of runway collections, there was a little something for everyone.

Tie dye made a big splash last season for the spring/summer collections, and shows no signs of slowing down come next fall, even though it’s usually associated with warmer weather. While designers like Area and Prabal Gurung opted for uber-bright iterations like the tie dye you remember from grade school, other labels like John Elliott and No Sesso opted for more subdued colorways.

Jewel-tone colors reigned supreme, but one in particular stood out amongst the pack: purple. From shades of lavender to deep eggplant hues, the color purple was a source of inspiration for a long list of designers. Done in sweater, suit, and dress form, the hue makes for a fresh contender to spice up your mostly black fall wardrobe.

At a time when more and more luxury brands are going fur-free, it seems fashion is turning to feathers. Colorful, glamorous, and over-the-top feathered pieces took the Fall 2019 runways by storm. There were colorful feather statement coats at Prabal Gurung and Cushnie, while Oscar de la Renta, Michael Kors, and Marc Jacobs turned the piece into an evening essential. For those who want to be extra on a daily basis, Dion Lee sent a more subtle take on the trend down the runway on a delicate white turtleneck. 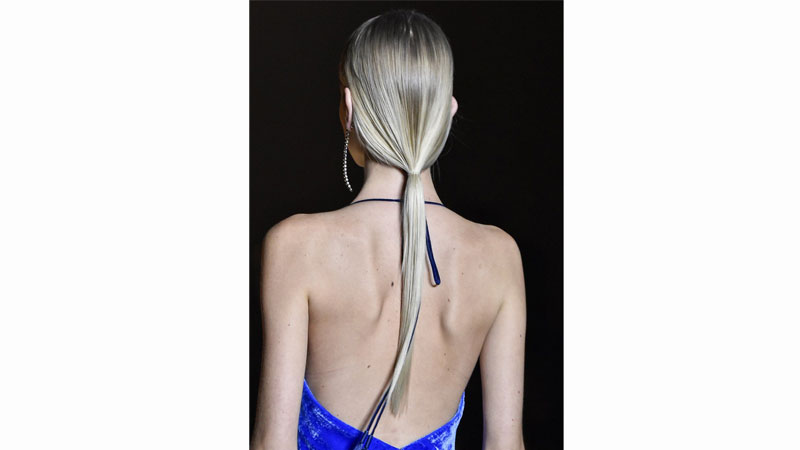 Tripped-out, notice-me color popped up aplenty this season, from Area’s iridescent pants to Prabal Gurung’s happy color-blocking. (Rodarte’s acid-green ball gown, though technically shown in Los Angeles, made the cut too as a formerly-New York-based brand that now shows off the traditional schedule.) For slightly more subdued color that still packed an impact, one needed look no further than sensational newcomer Tomo Koizumi’s rainbow-hued tulle explosions.

The high ponytail is dead… long live the low ponytail

Not only does Fashion Week dictate what you’re going to be wearing next season, it also shows you how you’ll be wearing your hair. So next time you reach for a bobble to put your hair up, keep that ponytail low. As seen at Ralph Lauren, Badgley Mischka and Cushnie, the ponytail got a make over, with a slick, shiny finish to boot. The change from the high ponytail, as popularised by Ariana Grande and Kim Kardashian, was led by GHD and Tresemme hair stylist Justine Marjan. So you can thank her for all the headaches you’ll no longer have to endure.