How one can still derive motivation through ‘3 Idiots’

This Bollywood film released on December 25, 2009, produced by Vidhu Vinod and directed by Rajkumar Hirani. The movie was based on Chetan Baghat’s book Five Point Someone. There are seven main characters in this film. Aamir Khan, who is known as Rancho, Sharan Joshi as Raju Rastogi, Omi Vaidya as Chatir Ramalibgram or ‘Silencer’, Ali Fazal as Joy Lobo, Boman Irani as Viru Sahastrabudhhe and also Virus which is the combination of his all name, Kareena Kapoor as Pia the daughter of Virus Sahastrabudhhe and R Madhavan as Faran Qureshi.

However, this movie tells about real friends who never make their friends in troubles, as Aamir Khan, Sharan Joshi and R Madhavan were friends in this movie. At middle of Sharan Joshi’ and R Madhavan’s friendship, Khan joined the college and because of Amir Khan, they passed the examinations while before Khan’s friendship, they both failed four times. Friends are the reason of our success so, we need to have great friends.

More importantly, these characters have performed successfully and made it one of the best leading movies for engineering students who time and again facing the failures. Mostly, the students of engineering or science students who always try to get more marks due to which they would be hunted by depression. And a great point was said by Khan in this movie, “Never run behind the success, run behind knowledge success will run behind you.”

Additionally, lots of students get no chance to read their favourite subjects where they can be great professionals by their parents just for having superior status in front of their society members which ruin the lives of students. In this movie, Faran Qureshi likes wild life photography, beside sending him in a photographing college he was sent in an engineering college which he did not like, but he was compel due to the expectations of his father on him. Even though, he wrote a letter to a wild life photographer for working under his hands for the sake of being a great wild life photographer, but he couldn’t send the letter because of his father. And Viru Sahastrabudhhe son committed suicide because of being forced by his father to join his engineering college. Everyone is perfect in a profession where he/she can find him/herself.

On the other hand, there are many students even in our societies who are time and again being neglected and ignored for showing his or her talents which was highlighted in this movie by one of the main characters, Ali Fazal characterized as Joy Lobo who made a type of a helicopter which could come in works of security forces and in other places for safety, likely, our youth talents are crucified like the movie’s one. This can compel the students to commit suicide as Joy Lobo committed in the movie, actually these can be called murders, because students suicide due to the negligence. 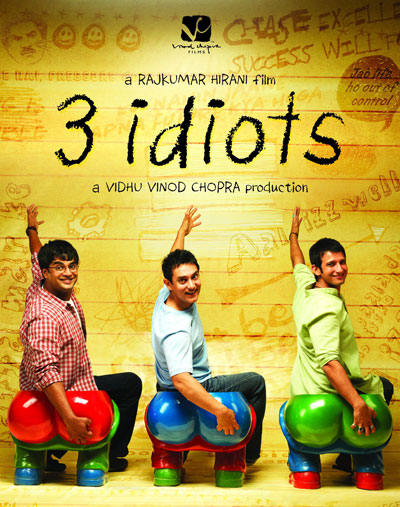 Furthermore, this movie was highlighting that a person cannot be perfect, if he or she thinks superior, because superiority won’t make you success. As in this movie, Raju Rastogi tried to apply for a job, and he would be ignored by the interviewers for checking that will he try to request us for the job or not. His unchanging attitude was the reason which compelled the interviewers to give him the job. This is also running in our societies, when we go for trying to get jobs. If time and again we are being rejected then because of requesting interviewers a lot for the jobs.

Moreover, a great suggestion was mentioned in this movie that we always try to make someone’s value down in our societies, schools, colleges, universities and other places by challenging them, which can down our values because every person is not the same person, may the one who we challenge is better than us and can complete our challenges within some days.

At last, this movie has the power to change one’s wrong decision for his/her educational life. The film is complete with career counselling for students enabling them to achieve their goals according to their own way.