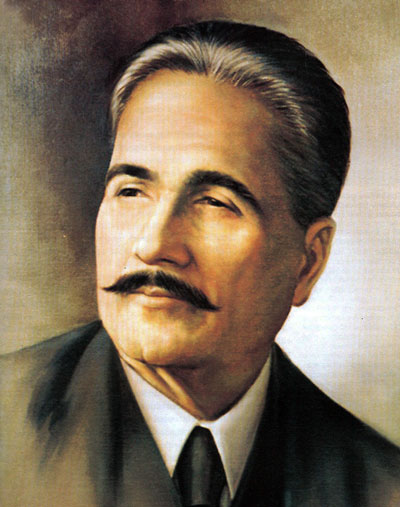 I have often pondered over an old saying which says, “Be a voice, not an echo.”Interestingly enough, the practicality of this is slim in a world where ambition is barred by competition and success is riddled with obstacles. A question we must ask ourselves is, why do we choose to remain silent even though the human voice is the most perfect instrument of all? The struggle for Pakistan was based on the essence of unity, faith, discipline and service – instead, over the years it has been reduced to a nation of sexist, stereotypical and selfish people. While saying all this, I, most definitely, do not wish to come across as privileged, and to allow this privilege to speak for me. A question rises here which holds utmost importance, that is:”When it’s all said and done, will I have said more than I’ve done?” This question can only be fully answered if we go back in time.

We believe that one of the markers of a great nation is the work that is produced by its poets, and it is not only an honour but also a great privilege to have been able to witness the legacy that has been left behind by iconic maestros of literature among our native history. Starting off with a distinct mention to the likes of Hafeez Jalandhri in the early 1900s who must be credited for his contribution to the Pakistan movement and the national anthem that is so beloved to many of us, an anthem that instils in us the essence of impact that the use of one’s voice can create – indeed, you and me can only marvel at the extent to which this is an achievement, especially if we consider the current political situation. It is only befitting here to mention the legend, Allama Muhammad Iqbal who made us realise that by essence of the soil which we have born in, our value is nothing less than that of a shaheen who soars in a wide sky that is full of opportunities and revelations. As he said, “Asar kuch khawaab ka ganchon may baki hai tou ae bulbul! Nawa ra talkh tar mi zan jo zouk e kam yabi.”

Here he made the Muslims of all times privy to the idea that if you’re not able to create an impact, raise your voice and create unity through the use of this voice. It is exactly this notion that encapsulated his idea of “Mard-e-Momin.”

Faiz Ahmed Faiz, who is also known as the awaaz (voice) of the people used his poetry to talk about how political structures have historically tried to silence us in face of reparations. Today, Faiz is accredited for being one of those rare male writers who had an authentic vision of progressive women and their struggles. He learnt a lot from women, and this showed through his poem “Mujh Se Pehli Si Mohabbat”. It is also said about Faiz that he represented women as humans. He wrote,

It is also important to mention the iconic Parveen Shakir whose effective use of medium has not only won over hearts but also over souls,

Today Saadat Hassan Manto is recalled as the writer who truly felt the pain of the 1947 Indo-Pak Partition.

More importantly, he is considered one of the most controversial authors of the age. In spite of all the six lawsuits against him for vulgarity in his writings, Manto persisted with his unique perspective on the world around him. From the gripping tale of Toba Tek Singh to short stories revolving around the evasive cesspit of scandal in Bombay, in essence, stories based on pimps, prostitutes, salon madams and gangsters; Manto gave the voiceless an authentic voice. Despite the prevailing tension in the subcontinent, his stories were frank, straightforward and intertwined with a sense of moral outrage.

In 2015, an interesting session `Hum Bazm-e-Jahan Ki Raunaq Hain` was held to pay a tribute to women activists in Pakistan on the second day of the Faiz International Festival. Acknowledging the women activists who persevered against tyrannical stronghold of patriarchy, the panellists commemorated past times in which socio-political incidents ended up in seizing the voice of women.

A significant mention was of Begum Zaibunissa Hameedullah, who published an English-language fashion magazine targeted towards the upper class of the time. However within those glazed pages, there was thought provoking content which often questioned the Ayub regime.

“It was a nightmare for Ayub,” said one of the speakers. Begum Zaibunissa Hameedullah faced suspension for six months and ordered to compromise her freedom of speech, but despite all the challenges she remained true to her beliefs. 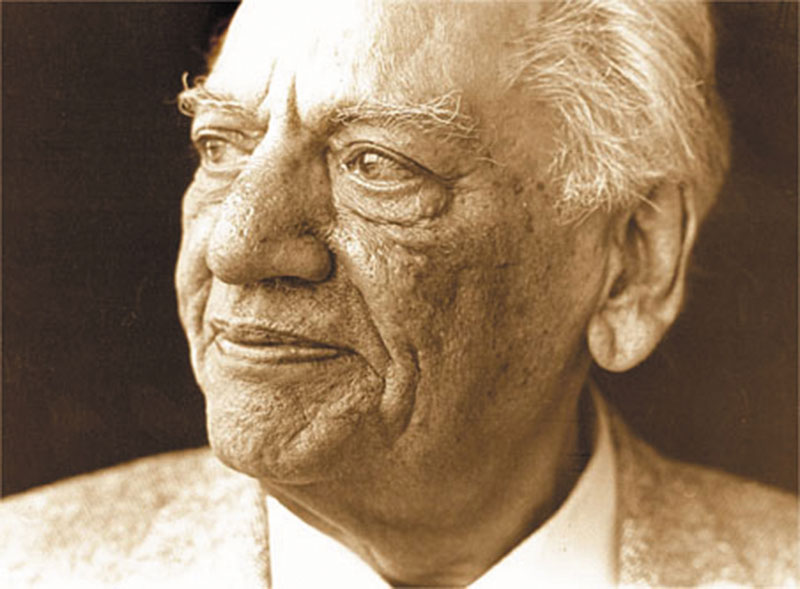 However, there are many names in history that were not given recognition for their efforts, simply because of their place of origin, an example being that of women from remote areas including peasant women and also women from fisherfolk communities who struggled against tyranny and injustice.

Faiz Ahmed Faiz, who is also known as the voice of the people used his poetry to talk about how political structures have historically tried to silence us in face of reparations. Today, Faiz is accredited for being one of those rare male writers who had an authentic vision of progressive women and their struggles

Fatima Jinnah was also brought into discussion who in those times was a significant figure in politics, orchestrating political rallies and meetings when women were not allowed out of the house. She was followed by Benazir Bhutto who proved to be Ziaul Haq’s biggest nightmare as a young girl at the time, whose iconic oath is recalled to this day.

We must also trace back to how we reached this stage of unpatriotic existence on the political front, where pride in one’s country remains a largely undiscovered myth. We are a nation that has lived through colonization but have not been able to wear off its effects. The problem is not that. The problem is that we have allowed ourselves and generations after us to breed in a system where the expression of their voice is regarded as a secondary thing. We have taught ourselves to contain, rather than to express. To keep it in, rather than taking it out. A facet of this is explained coherently by something I recently read, “I speak two tongues. My colonisers better than my mother’s. That is the first problem.” Contrary to popular opinion, colonisation did not end when the British left. It lingers. It is the injustice that drowns my nation in a past that prevents it from truly progressing.

In the post-colonial era, the people of this nation have lived under unconstitutional governments for a total of thirty-five years. The people of this nation have also lived through the autocratic regime of dictators like General Ziaul Haq. During those years, especially, Pakistan suffered immensely. Human rights and freedom of expression was a myth to women and minorities. Women have been historically marginalised by our society and General Zia’s imposition of the Hudood Ordinance according to which a woman’s worth was half of a man only added to their suffering. Instead of progressing like the rest of the world, Pakistan seemed to be going in retrograde under General Zia who disbarred women from occupying public places and attempted to confine them to their homes. However, neither the glorified Mullahs nor General Zia expected retaliation from women which resulted in the birth of the Women’s Action Forum. An organization initially established to oppose the unjust treatment of women under the Hudood Ordinance and persevered despite the tear gas and batons rained down upon them. Unfortunately, the neglected minorities of our nation could hardly achieve the bare minimum and continue to be forced to suppress their voice. A verse of Faiz Ahmed Faiz who is considered the voice of the people comes to mind when reflecting upon General Zia’s tyrannical rule,

In retrospect, General Zia is just one example among the numerous leaders this nation has witnessed who choked the freedom of the average Pakistani. Even Zulfiqar Ali Bhutto who seemingly campaigned for every Pakistani’s right to ‘Roti, Kapra aur Makaan’ (food, clothing and shelter) was known to silence his opposition’s right to freedom of speech through the introduction of a secret police also known as the Federal Security Force. Additionally, we have the example of General Ayub Khan who is credited to have pioneered development in Pakistan and yet mainly benefitted only the elite minority of our nation. 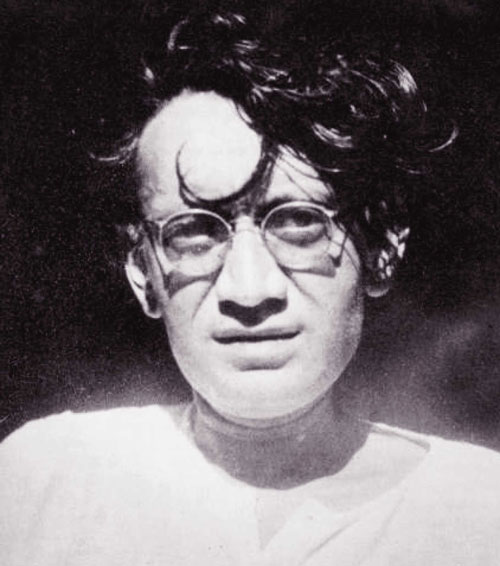 Thus, it is safe to say that authoritative structures in Pakistan have rarely been used to empower the average Pakistani and mostly to silence the only right they possess even after being stripped off everything else- their right to express their opinion and vision. Perhaps it is time Pakistanis are reminded of this crucial right and encouraged to use the instrument of voice to be heard and to make their mark in the global arena. It is time to oversee our history of being silenced and exploit it to provide an incentive to speak our minds; undoubtedly and without filter. It is time we embrace our culture, heritage, customs and ourselves and do what is required to progress on a path we pave.

Because, no matter how vast my thoughts and how great my ambition, in the end I must ask myself, “When it’s all said and done, will I have said more than I’ve done?”