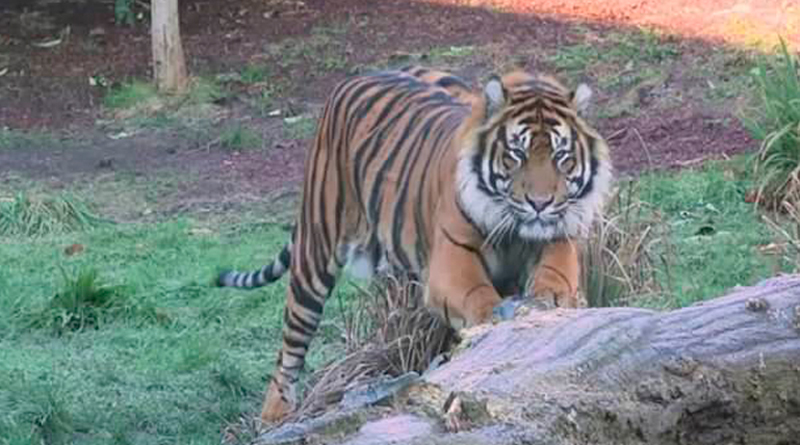 A female Sumatran tiger at ZSL London Zoo has been killed by her potential new mate on their first introduction.

Melati, 10, was mauled to death by Asim, seven, when keepers allowed the pair to meet for the first time.

They had shown “obvious positive signs” when they were kept in adjoining enclosures within each other’s sight for the previous 10 days, a spokesman for the zoo said.

A statement released after the incident on Friday said staff are “devastated” and “heartbroken by this turn of events”.

“As with all big cats, introductions, however carefully planned, are always considered to be high risk,” it said.

“Their introduction began as predicted, but quickly escalated into a more aggressive interaction.

“Zookeepers were eventually able to secure Asim in a separate paddock so that they could safely get to Melati where our vets confirmed that she had sadly died.”

The zoo announced Asim’s arrival – whose name means “protector” in Arabic – from Ree Park Safari in Denmark, on January 29.

Head tiger keeper Kathryn Sanders described him as “a handsome, confident cat who is known for being very affectionate with the ladies in his life”.

“We’re hoping he’ll be the perfect mate for our beautiful Melati,” she said.

Keepers said the pair were initially kept where they could see, smell and react to each other before they were introduced.

The Tiger Territory area was closed for the day after the death.

Asim was moved to the zoo as part of a European-wide conservation breeding programme.

Sumatran tigers are described as critically endangered by the World Wildlife Federation, which estimages there are fewer than 400 in the wild.