Learning to know the ‘limits’ is also a part of ‘learning! 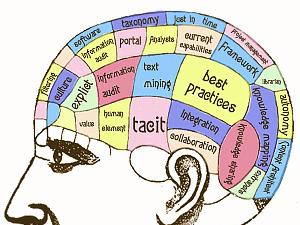 Once a guest was offered rice, at my house, to which he excused‘ I am not allowed to have rice’ being a Medical Doctor, I got curious and asked him the reason to which he replied ‘my orthopedic doctor has instructed me so.’ Even more curious and now confused, I asked ‘on what basis?’ to which he replied ‘I had a shoulder dislocation a couple of years ago, that’s why!’ my eyes got wide opened and my jaw dropped due to the gravity (of both earth and the situation). Thereafter, my lips stretched wide while asking him in a slightly ironic tone ‘what is the relationship of eating rice with a past history of shoulder dislocation?’

This is an example of a medical doctor making an obvious error in an area where he doesn’t belong to – i.e. nutrition and diet. Although diet is closely related to the health and wellbeing of a person, it is not taught as a subject during the medical school. Hence, whereas it’s okay for a doctor to not have a professional approach towards diet, one must know his/her ‘limits’ in this regard and refer the patient to a Nutritionist/Dietician wherever required.

When this is the case with ‘qualified doctors’, what to expect from those who possess neither a qualification nor any experience at any health related profession and yet they impose their ‘medical advice’ upon their ‘beloved ones’. Got any worrying symptoms? Let them give you the treatment they tried in a similar (or as they like to put it, ‘the same’) situation. Since Pakistan ensures much ‘freedom and liberty,’ one can easily find a variety of drugs ‘over the counter,’ without needing to payany thing to ‘that greedy doctor’! Result? Any informed person can imagine that countless patients get mismanaged before arriving at the ‘right place’ (be it a hospital or, sorry to say, a cemetery).

In Arabic there’s a saying ‘Li Kulli Funnin Rijaal’ i.e. for each field/specialty, there are experts.  Thus, in areas where we don’t possess the proper expertise, we should know our limits. Unfortunately, this is frequently ignored in our society. People gladly and freely (both free of cost and in an unhesitatingly ‘free’ manner) provide advice, suggestions and even instructions and orders at places where they are not supposed to, i.e. areas where they have no expertise. Apart from common people, even many ‘professionals’ have a habit of crossing their boundaries and interfering with other’s area of expertise. This is yet another reason that a lot of our population rushes towards a selected few professions since the domain of other professionals is routinely impinged.

People frequently ‘dive deep’ in to the oceans that they are not familiar with and if there is no physical obstruction or object to bump their heads in to, they feel they have ‘made it there.’ People who have no decent idea about the world history, politics and economics gladly ‘speak up’ at national issues ranging from politics, economics (analyzing the ‘culprits’ behind the inflation and providing solutions to it) and social issues (mixing religious, cultural and modern values with their own ‘customized’ approach) to international issues such as the Kashmir conflict, Palestine conflict, ‘global Jewish conspiracies’ and so forth. Whereas it’s good to see that our fellow countrymen are taking deep interest in the national and international affairs and ‘advancing’ the political thought of the masses, caution must be held while making assessments and analyses regarding issues that one is not well aware of. In the absence of well-grounded knowledge and understanding, conspiracy theories often provide a ‘convenient’ explanation to various complex issues. Thus, it’s not a surprise that such ‘theories’ are quite popular in our society.

Another common example of using ‘free speech’ in our society is religion – People like to say whatever they like or believe and then attribute it towards religion. Since generally our Pakistani community appears to give importance to the religion, a lot of confusions arise among our community in terms of what to do and how to act ‘religiously.’ In the midst of the resultant bickering, people ignore many human values that are emphasized by every religion and the modern ethics. The extremist voices also make full use of their ‘freedom’ in this regard, spewing hatred against dissenters and propagating their views without feeling a need to verify their made up claims.

There’s a famous historical story of the esteemed Islamic scholar from Madinah, Imam Malik (d 795 C.E.); wherein a person approached him to ask multiple questions and to more than half of them, he replied by saying ‘I don’t know.’ Such has been the cautious approach of real scholars who didn’t hesitate in admitting to not knowing despite being revered among the people for their knowledge. As part of their belief, they firmly believed that they will be held accountable by Allah for the words that they speak.

One case is ‘not knowing’ which is called ‘ignorance’ (Jahl, in Arabic and Urdu). Even more worse is “not knowing that one doesn’t know” which is referred to as ‘Jahl Murakkab’ (in Arabic and Urdu) and ‘compound ignorance’– I.e. this is ‘a delusion of knowing.’ Of course, if one doesn’t admit ‘lack of knowledge’, why will he/she bother to learn? Hence, an Arabic proverb says “Saying I don’t know is half of the knowledge.”

On the other hand, arrogance bars one from ‘knowing’ even after coming across the right information and evidences. In his Time Magazine article entitled ‘How to fix American Stupidity’, Steven Nadler (an American Philosopher), aptly remarked: ‘Stupidity is a kind of intellectual stubbornness. A stupid person has access to all the information necessary to make an appropriate judgment, to come up with a set of reasonable and justified beliefs and yet fails to do so. The evidence is staring them right in the face but it makes no difference whatsoever. They believe what they want to believe.’

Whereas the knowledge has spread far and wide in this ‘age of media’, ‘delusion of knowing’ and ‘stubbornness’ seem to have increased likewise. To avoid falling in to these traps, we need to learn to know our limits and become comfortable at saying ‘I don’t know’!

The author has studied Medicine (MBBS) from Ziauddin University (Karachi) and takes interest in educational,religious, social and political affairs. He can be contacted on Twitter @Drsyedtalhashah