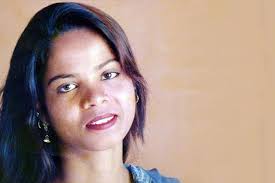 ISLAMABAD: The Supreme Court of Pakistan (SCP) on Tuesday has dismissed the review petition against Asia Bibi’s acquittal in blasphemy case.

Chief Justice Asif Saeed remarked “Based on merit, this review petition is dismissed.”

The CJP expressed that there is clear logical inconsistency in statements of all the witnesses, they could be imprisoned forever or given death sentence for misleading the court in such delicate case.

We are deliberately keeping sensitivity of the case in consideration, otherwise, witnesses would have been in prison over false statements, he included.

The CJP further commented that legal advisor of Qari Salim, a cleric who made the first official complaint against Asia Bibi in 2009, has failed to discover any error in the decision.

The petition was filed by Qari Muhammad Saalam through his lawyer Ghulam Mustafa Chaudhry. Ghulam Mustafa presented his arguments before the bench and demanded a larger bench comprising Islamic scholars to hear the petition.

Asia Bibi, a farm worker, was condemned in 2010 over allegations that she made derogatory remarks about Islam after neighbours working in the fields with her objected to her drinking water from their glass because she was not Muslim.

Incited by Qari Salim, a mob at the time accused her of committing blasphemy. Police responded by arresting Bibi, who was sentenced to death by a trial court in November 2010.

Bibi has denied the charges, and her prosecution rallied international rights groups, politicians and religious figures.