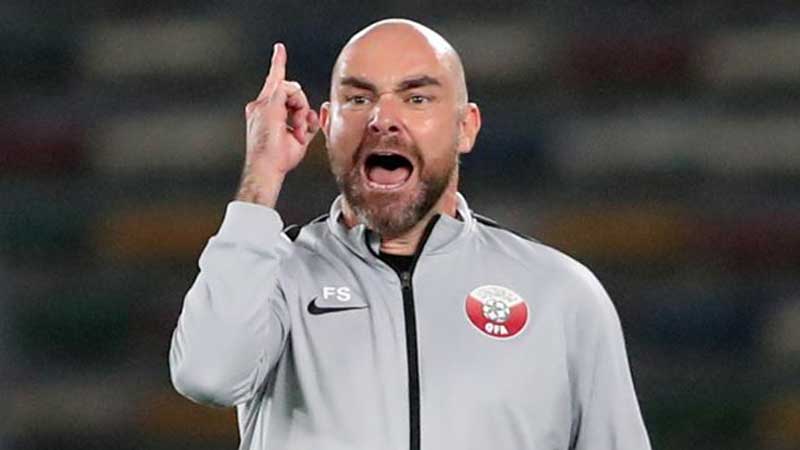 Qatar were the surprise package in the group stage of the Asian Cup but coach Felix Sanchez has been drilling it into his players that their early form will count for nothing in their first knockout clash against Iraq on Tuesday. With their hosting of the World Cup only three years away, the Qataris were desperate for a good showing in the United Arab Emirates to indicate they are on the right path for 2022. Sanchez’s side delivered in the opening round, scoring 10 goals and conceding none in victories over three-times champions Saudi Arabia, Lebanon and North Korea.

The Spaniard is convinced that taking on Iraq, who made a fairytale run to the title in 2007, in a winner-takes-all last-16 encounter with a quarter-final against South Korea or Bahrain on the line will be an altogether tougher proposition. “What we achieved in the group stage is a good result, but it doesn’t count for anything,” he told reporters on Monday.

“This is one match and we will play Iraq, which is a wonderful team with talented players and they showed that in the group stage. Of course, after the matches we had the players are confident, which is good, but we know the reality. We have to play a really, really good game if we want to play in the next round. It’s like a final for us and we are going to do our best.” While Sanchez has been working in the Qatari national set-up at various levels since 2013, Iraq coach Srecko Katanic has had less than five months to get to know his players.

The Iraqis progressed to the knockout stage for the seventh straight Asian Cup after wins over Vietnam and as well as a draw with neighbours Iran. Slovenian Katanic said he was confident his players would do their best but was already heartily sick of comparisons to the 2007 champions. “From 2007 to now has been 12 years, it’s a whole new generation of players, how can you compare that with the previous generations? “That can only put pressure on the players. My message to the players has always been, firstly, to fight, second to play football and then we will see what happens next. “There is no pressure from me on the players to win. They just to have to do their jobs.”