Abracadabra! German executives turn to magic to up their game 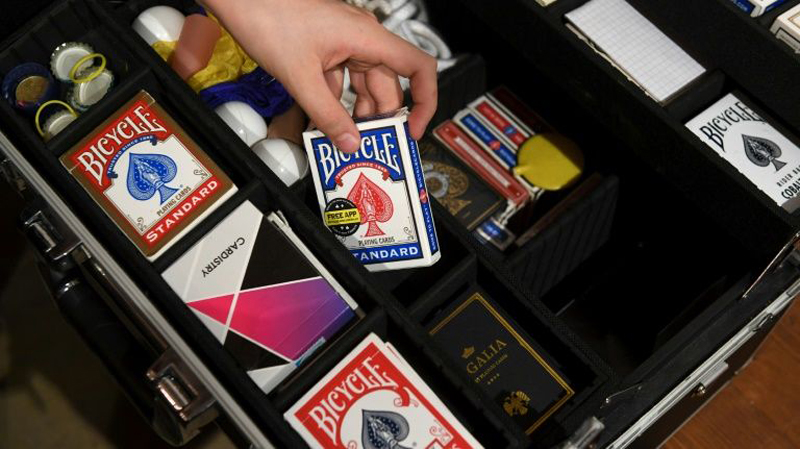 Harold Voit takes out his wallet, extracts a wad of 50-euro bills and gazes at it calmly as the cash goes up in flames.

Slamming the billfold shut, Voit puts out the fire and opens it again to reveal the money intact and ready for spending. A room full of wide-eyed magic students erupts into applause.

Most of these apprentices of the dark arts are not budding cabaret or YouTube stars, however, but business executives and other professionals hoping to put a few new tricks up their sleeves.

“Learning magic isn’t just about picking up a couple of gags — it’s about developing your own personality, your own way of presenting, speaking and moving,” said Voit, 70, founder of the Magic Academy in Pullach, a wealthy Munich suburb.

Voit, who has worked for more than half his life as a professional magician and instructor, said that was part of why so many busy career people sought out his courses.

“Most of my students don’t quit their day jobs. I’ve had everyone from young interns to an 80-year-old priest from a monastery,” said Voit, who has a neatly trimmed beard and a conspiratorial twinkle in his eye.

“You’d be amazed how many situations there are in which magic can help,” he said, offering examples ranging from flirting to closing a business deal.

Germany’s fascination with sorcery goes back centuries but saw a strong revival in the post-war years, when a weary population sought entertainment and escapism in popular nightclub acts.

The current boom has two decades of Harry Potter mania to thank, as well as a growing recognition that a bit of wizardry can go a long way in real life.

Voit, who abandoned a career with the foreign intelligence service to take up a magic wand, said his night school offered Germany’s first state-recognised certificates for illusionists.

But most pupils who commit to two years of weekly classes for a 750-euro ($860) fee came to him seeking something more elusive than a rabbit to pull out of a hat. The course motto is “Conjure yourself into the spotlight”.

One of the pupils present on a recent night in the classroom was entrepreneur Marco Hafenrichter, 46, who runs a successful construction business.

As he practised a classic trick involving the seamless coupling and uncoupling of ropes, he said that learning how to trigger a sense of wonder in an audience had attracted him to magic school.

“I was looking for some balance in my life,” he said.

“At the moment my biggest fan is still my son but by the end of the course, I’d like to have six or seven routines down that I can always perform.”

IT industry manager Marianne Hofmann, 67, said magic had given her a touch of star power and not just with her eight grandchildren.

“I head up a choir and everything I learn about human psychology here I can use there, especially how you command the attention of an audience,” she said.

Hofmann said that in sometimes staid German corporate culture there seemed to be a real hunger for fantasy.

“Maybe we’re just a bit too rational otherwise and are longing to have a few dreams.”

Thomas Fraps, 51, holds a doctorate in physics but caught the magic bug during his studies.

Fraps, who has written extensively on illusions and stagecraft, has performed monthly for nearly 25 years in what he calls Germany’s longest running magic act.

He noted that cherished writer Johann Wolfgang von Goethe — who penned the poem “The Sorcerer’s Apprentice” later popularised by Walt Disney — gave each of his grandchildren a box of tricks in the 18th century.

Then, illusions were seen as a tool to advance Enlightenment thinking because magic, once understood, could serve as a mirror on perception and its fallibility — the stuff that makes us human.