The force that is Atif Aslam

* Although, Aslam gets continuous criticism from professionals at home and abroad due to his vocals, the singer desists from reacting 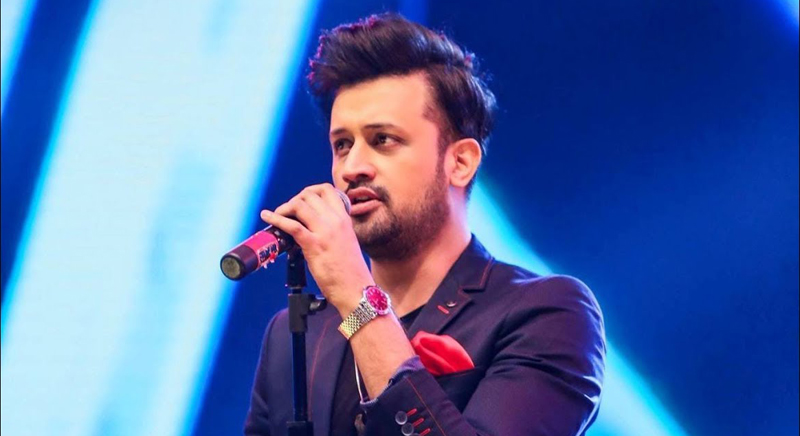 When I call Atif Aslam ‘the latest craze’, what I mean to say is that the singer has risen to popularity very fast in the last decade, especially among the youth of India and Pakistan.

Although Aslam has sung numerous songs since 2002, the one that captivated me was ‘Saadi Zindigi Ch Khaas Teri Thaan/Sochi Na Tenu Dilon Kadta’ because of the tenor and tremor in his voice for an Indian Punjabi film. I liked the song for the pathos it emits. This song won kudos by Diljaan in the Indian music competition ‘Sur Kshetra with Asha Bhonsle’, in which Pakistani and Indian competitors appeared in Dubai. Runa Laila and Abida Parveen were the judges of the show and Atif Aslam was captain of the Pakistani team.

Aslam gets continuous criticism from professionals at home and abroad due to his vocals but he desists from reacting. In one of his appearances in ‘Mazaq Raat’ for a local TV Channel on February 14, 2017, he attributed his success to the will of Allah and to the blessings of his parents. His case is at par with Talat Mahmud, hit Bollywood singer of the 50s and 60s who was a popular playback voice of heroes like Dilip Kumar and Devan Anand. Talat too like Aslam was criticised for tremor in his voice but maestros Anil Biswas, Naushad Ali, Madan Mohan and Khayyam went all out in his support and gave him outstanding melodies of blue mood in films like ‘Tarana’, ‘Madhosh’, ‘Daikh Kabira Roya’, ‘Babul’, ‘Jahan Ara’, ‘Footpath’ and alike.

Aslam seems to be of very strong character and he demonstrated this by dealing with Bhonsle’s criticism in ‘Sur Kshetra with Asha Bhonsle’. She gave him negative comments on the basis of absence of feelings in his singing. Aslam said he didn’t mind the criticism as everybody was free to judge according to one’s ability and he was there to promote love and peace between the two neighbouring countries.

Later in a Pakistani award show Atif paid tribute to legendary Reshman by singing ‘Lambi Judai’ with her and won kudos. He and Reshman were given a standing ovation for their performance.

Aslam was born on March 12, 1983. He is a down to earth person who fondly remembers his youth spent in Model Town in Lahore when he would take a few rupees from his parents and travel in wagons, eat Biryani and steal a piece of meat from his friends’ plate. Growing up Aslam wanted to be a cricketer but because of a large number of music collection by his brother at his house, he became a singer. He would listen and emulate. He did not get any proper tutelage from any music maestro.

Creation of Jal and reasons of breakup:

Atif Aslam first appeared on the music scene as a member of Jal band in 2002. The band’s genres of music were alternative rock, pop and rock. Its members other than Aslam included, Goher Mumtaz and Farhan Saeed.

When criticised in the media by certain vested interests that Aslam does not know music and lacks tunefulness, his resolve to continue his efforts and sing ‘his type of songs’ became stronger

They became popular playing in Lahore’s underground music scene initially and achieved commercial success with the release of their music video “Aadat”, directed by Umer Anwar, in 2003. After the success of the single, Aslam, the lead vocalist parted ways, due to differences with lead guitarist Mumtaz, to pursue a career as a solo artist. 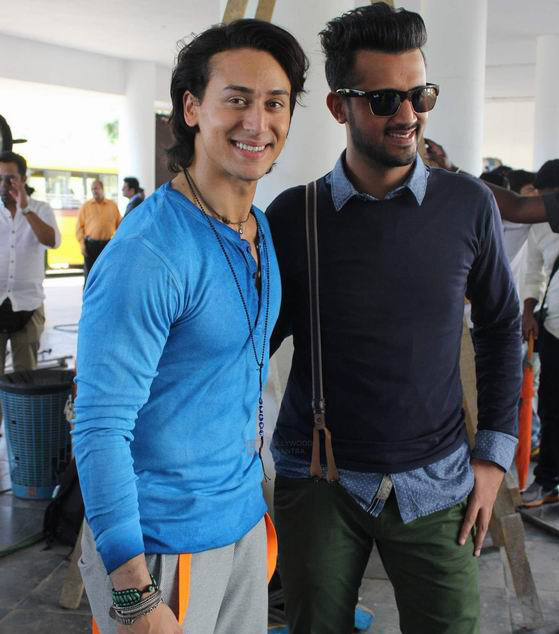 In “Speak Your Heart with Samina Pirzada”, Aslam spoke about the creation and split of the band. The singer said that he was introduced to his band mates through a senior student at college who suggested they work together, hence Jal band was created and he became the lead vocalist.

While speaking about the split he added, “My brother was managing Jal, not as a favour but because he was working in the marketing field. So when we started attracting audiences and people started calling us for shows, I suggested that since my brother was already managing us, he should do this full-time and work for us….There was insecurity in some members because my brother was the manager and we decided to go our separate ways.”

When criticised in the media by certain vested interests that Aslam does not know music and lacks tunefulness, his resolve to continue his efforts and sing “his type of songs” became stronger. His popularity among the youth on both sides of the border has kept on rising over the years.

When Aslam heard the song ‘Musafir’ from film, ‘Pushaal Muchaal,’ he insisted on singing it. Since the singer could not visit India then due to the ban on Pakistani artists, he recorded the song on a video call. In the film ‘Phatta Poster Nikla Hero’ his song ‘Main Rang Sharbaton Kam Tu Meethe Ghaat Ka Pani’ filmed on Shahid Kapoor was a super hit song. His song ‘Tera Sang Yaara’ for the film ‘Rustam’ was also a smash hit. Salman Khan asked him to sing the song ‘Tu Chahiye’ in the film ‘Bajrangi Bhaijan’. Earlier he was brought to India by Mahesh Bhatt through the song ‘Woh Lamhe’ for his movie ‘Zeher’. This song was followed by a number of other songs for Bollywood including ‘Tu Jaane Na’. Earlier Atif’s album ‘Jalpari’ was released in 2004 followed by albums ‘Doori’ and ‘Meri Kahani’. The song ‘Dheere Dheere Sei Tera Hua’ is the latest song from the Bollywood movie ‘Loveyatri’.

Aslam has rendered three songs in the American independent film, ‘Man Push Cart’. He also sang two songs in Mira Nairs film ‘The Reluctant Fundamentalist’. ‘Doorie’ and ‘Maula’ by him were selected for the soundtrack of the Hindi version of the Mexican film ‘La mujer de mi hermano’.

Aslam appeared in Shuaib Mansoor’s film ‘Bol’ in 2011. He rendered a duet ‘Hona Tha Pyar’ with Hadiqa Kayani in this film. He has also appeared in a few songs in some other films. The singer is the recipient of ‘Tamgha e Imtiaz’ award by Government of Pakistan.

Aslam fell in love with Sara Bharwana when he was a student and she was studying at Kinnaird College, Lahore. Aslam once disclosed in an interview that he met Sara in a wedding ceremony in Lahore. The couple is happily married with a son named Ahad.