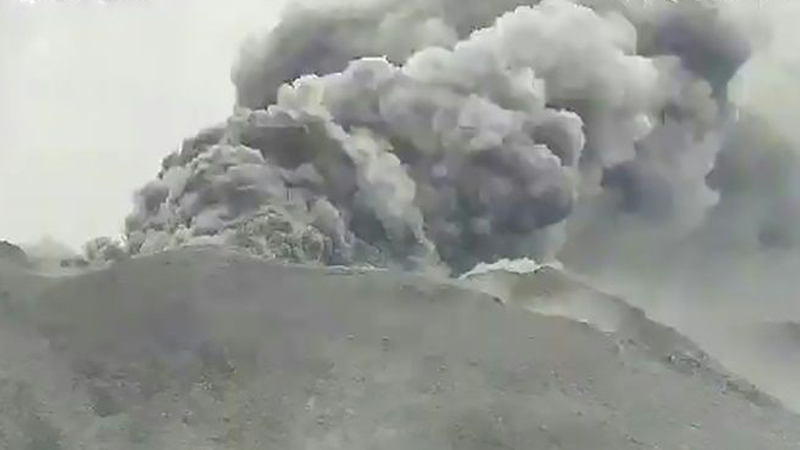 A Japanese volcano erupted on Thursday, spewing ash and smoke six kilometres into the air over a small southern island. There were no reports of injuries or damage from the eruption on Kuchinoerabu, in the far south of Japan. A local official said there had been no evacuations on the island, which is home to just 109 people. Images broadcast by NHK showed large plumes of ash and grey smoke billowing above the island, which has regularly been affected by eruptions. “We heard a huge explosion and there was shaking like an earthquake,” a resident told the broadcaster. The meteorological agency said the eruption occurred shortly after it had issued a new warning. “There have been eruptions there since last year but we sent an alert out (this morning) for this latest eruption as it will have a wider impact,” said Jun Fujimatsu, an official at the agency’s volcanic activity division. “We have maintained a level three warning, which means a ban on entering the volcano area,” he told AFP.