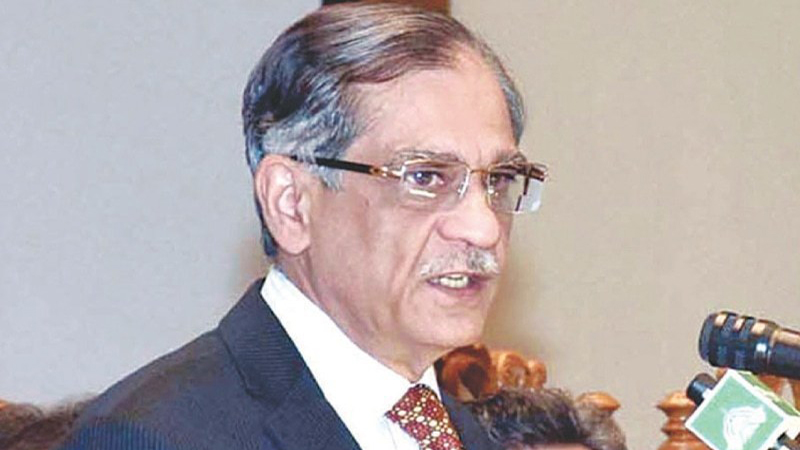 “You people cannot work as your love for the country has lessened,” the top judge remarked while addressing Finance Minister Asad Umar. “The bureaucracy also does not have the passion or intention to work. We wanted the matter to be resolved but it does not seem that the government is serious about the construction of dam,” he added.

“This issue came to my knowledge when it was presented in the ECNEC meeting,” the minister explained to the bench. “An application regarding the Nai Gaj Dam was presented in ECNEC on Monday and we referred it to the cabinet.”

At this, the finance minister acknowledged the chief justice’s work and said, “The history will remember you for your work regarding dams.” He also assured the judge that the Nai Gaj Dam matter will be discussed during an ECNEC session on Jan 25. The bench instructed the minister to inform the court regarding dam-related decisions taken in ECNEC immediately after its scheduled session. Subsequently, the case’s hearing was adjourned for two weeks.

Later talking to media outside the court, the finance minister again commended the outgoing chief justice for his efforts towards building new dams. When reminded of the chief justice’s remarks regarding a lack of coordination between government institutions, Umar said, “It is possible that we may have been lacking on this issue.”

The minister claimed that the upcoming mini-budget, set to be presented on Jan 23, will not increase taxes but instead boost exports. “The mini-budget will result in increasing the [flow of] investment and business,” he said.

When asked if the government plans to shut down several CPEC projects, Umar clarified that the projects under consideration are the one that had never been finalised. He also urged the media to not worry the public regarding the state of country’s economy.