* Forty countries are expected to participate in Aman-19 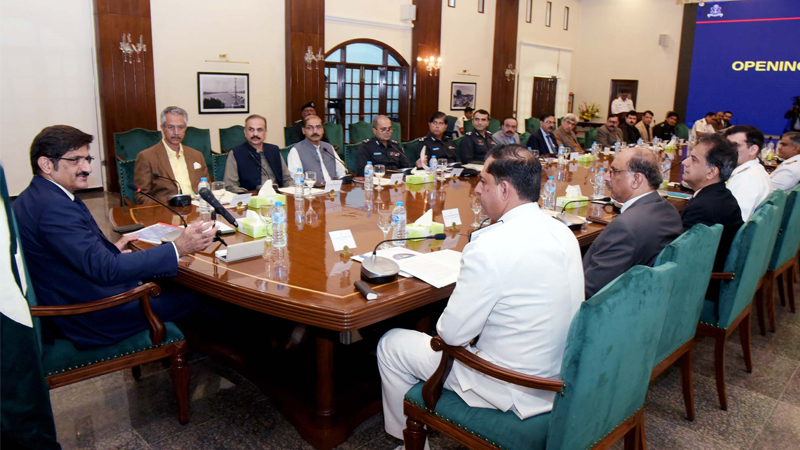 Murad Shah was presiding over a meeting to review arrangements of Aman-19 naval exercise, which is scheduled to be held from February 8 to 12.

Vice Admiral Asif Khaliq told the chief minister that Pakistan Navy had been holding multinational maritime exercise Aman biennially since 2007. It is the 6th exercise of Aman series which is scheduled to be held in Karachi from February 8 to 12, 2019. The chief minister was told that the main aim of the exercise was to bring the navies of the world together and enhance interoperability with regional and extra regional navies. At this the chief minister said that the exercise would project Pakistan’s image as a country contributing towards regional peace and stability.

It may be noted that the exercise Aman-19 will be a huge event in which 40 countries are going to participate with ships, aircraft, special operation forces and observers.

The meeting was told that during the exercise various cultural events, sightseeing tours, international band display and sports competitions would also be held.

Concurrently, international maritime conference will also be held at a local hotel.

The Sindh chief minister directed the mayor Karachi to make the city beautiful and also start lifting the debris piled up because of removal of the encroachment.

He also directed the Additional IG Karachi to make necessary security arrangements in consultation with Pakistan Navy. Similar instructions were issued to Pakistan Rangers as well.

They discussed and reviewed various World Bank-funded projects in the province.

The chief minister informed the delegation that the Sindh government is paying special attention towards development projects in various sectors, including women empowerment, human resource, revenue generation, poverty alleviation, and education and health.