A tour guide, a commentary and an analysis! 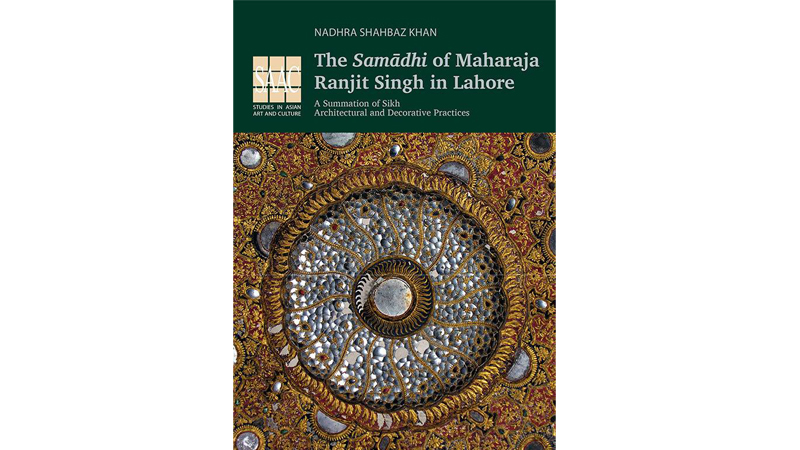 On June 27, 1839 Maharaja Ranjit Singh, the last great ruler of Punjab died. The following day, his body was accompanied by four of his wives and seven slave girls to a funeral pyre where they to the accompaniment of prayers read by Sikh, Hindu and Muslim priests immolated themselves with the deceased king.

About two weeks later, his successor Kharak Singh ordered that a monument be made to commemorate his father at the site of cremation in front of the Lahore Fort. The ensuing bloodshed for succession meant that the monument would also be used to commemorate Kharak Singh and his son Nau Nihal Singh.

The monument was still partly unfinished in 1849 when Punjab was annexed by the British. Surprisingly, the new rulers sought to complete the building motivated by an effort to assuage the local population. Today, the funerary monument or samadhi of Ranjit Singh survives and although overshadowed by the Lahore Fort and the Badshahi Mosque, it has remained a prominent feature in this landscape for over 150 years. Despite this and the enduring popularity of Ranjit Singh within the Sikh diaspora, the samadhi has largely been dismissed as unworthy of any serious attention.

In 2004, writer Nadhra Shahbaz Khan as a PhD student visited the Lahore Fort, looking for inspiration for a research paper. It was only due to the approach of an old tour guide that she learnt of the existence of Ranjit Singh’s marhi or samadhi. In one respect, this is hardly surprising as the building remains out of bounds for the majority of local visitors. On that winter morning, she stepped through the threshold and rather like Howard Carter entering the tomb of Tutankhamun for the first time, made discoveries that now enrich our world. Over a decade later, the result is a meticulously researched book of great significance. It is at once an in depth tour guide, a commentary on Sikh architecture and an analysis of the art and religious outlook of the Lahore Darbar.

The author’s style is detailed to say the least. No source or event related to the Samadhi is left out. The book begins by describing the events immediately after the cremation. The Maharaja’s remains together with the ashes of his wives and slave girls were taken to the Ganges by city of Haridwar to be immersed in water.

At one point during this two month journey the British provided an escort for the procession partly out of respect but perhaps as a diplomatic necessity too.

Following this account the main part of the book is divided between an examination of the architectural elements of the samadhi and an analysis of the many painted frescos adorning the interior.

Drawing upon two architectural manuals reflecting Hindu and Persian architectural styles written early in the 20th Century, the author forensically studies each element of architecture of the samadhi to determine if there is a cohesive Sikh style. She does this by comparing architectural features with other Sikh buildings of the period and pointing out differences with the preceding Mughal style. This is aided by the many photographs she took not only of the Samadhi but also other Sikh buildings such as the Golden Temple in Amritsar and surviving Sikh havelis in Lahore.

During this process, Nadhra Khan introduces the reader to a wonderful new vocabulary.

Words such as bukharcha, dasa and chugga are lost indigenous descriptions of architectural elements of Punjabi buildings. Armed with this knowledge the book is able to demonstrate where there is a unique Sikh style and where there is evolution from Mughal architecture.

At times the architectural descriptions can get quite technical but the author’s acute sense of observation also helps the reader to see the building ornamentation with fresh eyes. One of the best examples is where the she describes how motifs from nature; insects, birds and plants are used to decorate the Samadhi that in fact are widespread in other Sikh buildings. For me the description as to how the Iris flower motif has evolved from Mughal and then Sikh architecture was particularly fascinating. Nadhra Khan is clearly on a mission to show that there was a Sikh architectural style. Sometimes the style is derivative and rather less accomplished than the Mughal style but in other areas its takes its own unique form.

The second half of the book is devoted to the interior of the Samadhi where a plinth and canopy covered once covered carved lotus buds representing the Maharaja, his wives and slave girls. Sadly, these have been removed to assuage the misplaced religious beliefs of certain sections of the Sikhs community. However, the crowning achievement of the Samadhi are the 48 frescos and as the author points out the most complete cycle of Sikh paintings known. Each fresco is subject to a detailed description and analysis. Again a keen sense of observation is evident.

A fresco showing Ranjit Singh wearing green the leads the author to explore why he was also painted wearing green in other contemporary pictures leading to a discovery in the court chronicles that green was Maharaja’s favourite colour. It is of the kind of insight that gives this book a wonderful depth and originality.

The 24 frescos on the first floor are perhaps the most esoteric representations of mythological narratives from Hindu literature. The subject of each painting is described and interpreted. In some paintings the Sikh Court is indirectly represented by the turban styles or dress used to illustrate the characters. It’s here that the book is slightly let down by the awkward way the photographs have been arranged at the back. These have to be continually referenced by the descriptions elsewhere. Although ultimately rewarding it can get tiresome. However there are gems amongst the pictures particularly the two life size painted guards flanking the samadhi’s eastern entrance. These can be seen in 19th century pictures and sketches but were thought to have disappeared forever under layers of paint.

The author painstakingly removed the layers of whitewash and photographed them. Unfortunately, this was only momentary as they were once again painted over.

The larger question of why Hindu themes are represented in a monument commemorating a Sikh ruler is addressed and conclusion drawn from using a detailed and dispassionate approach which is a characteristic feature throughout this marvellous book.

For most of its life, the samadhi has at best has been largely ignored and at worst disparaged as devoid of merit much like other Sikh architecture. This book guides the reader to look again at this building and others like it with fresh eyes. This is an important book but I hope it’s able to break free from the academic environment from which it was conceived. It deserves the attention of all those who are interested in cultural and art of Punjab no matter what our background. Buy it and let it take you on a journey through a labyrinth of architectural styles, art works and religious practices where we discover our world anew.