We might mock Trump and his wall, but it’s not so different in Britain

One of the few comforts available to Brexit Britain is the thought that, no matter how dysfunctional we’ve become, at least we’re not Trump’s America. We may be crazy, reduced to organising fake traffic jams in a Kent airport, but at least we’re not in the third week of a government shutdown, caused by an unhinged president stamping his foot – and speaking of a “crisis of the soul” in a national TV address – just because his opponents refuse to fork out $5bn for a border wall to keep out migrants.

It’s a consolation of sorts and, lord knows, we need all the comfort we can get. But I’m not sure our smugness on this score is justified. Isn’t it possible that the absurdity unfolding in the US is simply a more garish, cartoonish version of what’s happening here?

Start with the notion of a shutdown. True, the UK government has not formally ceased operating in the way that one quarter of the federal bureaucracy has closed in the US: offices are still open, public employees are still getting paid. But few would claim that the British government is functioning normally. Witness the Bloomberg report that, under the headline “Brexit has Brought Britain to a Standstill,” declared starkly, “The UK – as an administrative entity – has virtually stopped working.” 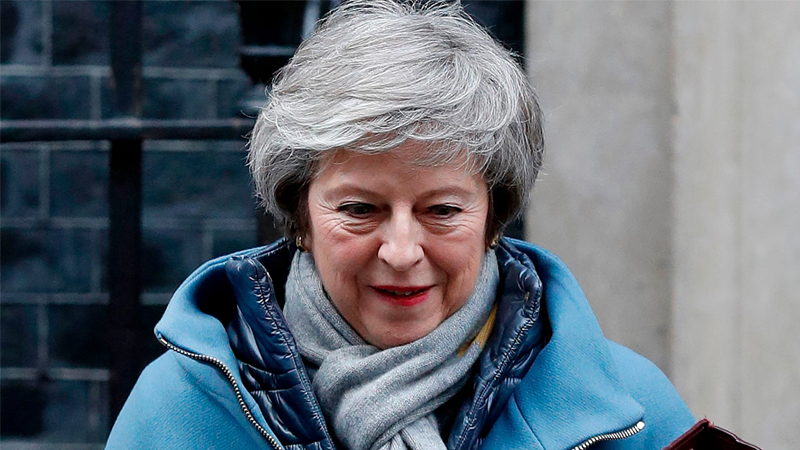 The leaders of local authorities and big companies make the same complaint: that they cannot get decisions out of a Whitehall paralysed by Brexit. As Bloomberg put it, “anything that doesn’t pertain to Brexit gets kicked into the long grass. Even the daily business of running the country is suffering. Ministers just don’t have the time to attend to the needs and ambitions of ordinary citizens.”

Big policy implementation has either been delayed – look no further than universal credit – or seems distracted and insufficiently thought through, like Monday’s launch of a “long-term plan” for the NHS without any serious idea for its long-term funding. Those inside government speak of bandwidth – and admit there is just not enough of it both to cope with a mammoth task like Brexit and do much else. The further pressure to prepare for the catastrophic possibility of a no-deal crash-out from the EU is consuming what little energy many government departments had left.

The US president’s obsession has shut down the government, while the PM’s red line on immigration has paralysed the UK

So Britain has a shutdown of its own: it’s just a bit quieter and less brash, than its American cousin. What’s more, just like America’s, it’s also – if indirectly – about migration.

I’m not referring here to the so-called crisis declared by Sajid Javid over the Christmas break, when the stopping of 94 migrants in the English Channel over a five-day period was seen as so grave an emergency that the home secretary had to rush back to the UK to take charge. (Though the modesty of that number does echo the contrast between the Trump administration’s claim that “nearly 4,000 known or suspected terrorists” had been detained at the Mexican border with later confirmation that, in fact, only six individuals on the US security watchlist had been picked up in a six-month period.)

What I have in mind is the reason why we’re in this particular Brexit mess. For what was the reddest of all of Theresa May’s red lines? It was the abolition of free movement of people. In other words, keeping migrants out. If May had been more flexible on that point, a very different Brexit might have been possible. We could have opted, for example, to stay in both the customs union and single market – thereby avoiding the entire question of a hard border in Ireland, the issue which has doomed May’s deal. But no, May would not countenance it. Sadly, the same is true of Labour: it too rejects single market membership in part because it would entail free movement. It’s one reason why Labour opposes a Norway-plus compromise. Both main parties are where they are on Brexit for the same reason Trump wants his wall: to shut people out.

Indeed, it’s not a stretch to see immigration as the heart of the Brexit matter. Of course, the 2016 vote has multiple explanations, but the centrality of immigration cannot be denied. All the polling, all the evidence, points to it. As Harold D. Clarke, Matthew Goodwin and Paul Whiteley, who studied data on more than 150,000 voters, wrote in Brexit: Why Britain Voted to Leave the European Union: “Strong public concern over the large number of migrants entering the country was front and centre to Leave securing victory.”

So here we are, the UK government paralysed over an issue ultimately rooted in hostility to immigration. It’s not as lurid as Trump’s shutdown over his wall – but it’s not so very different either.