STOCKHOLM ? Say what you will against the European Union, but it does not lack ambitions or plans for realizing them. Almost immediately after the June 2016 Brexit referendum, the EU’s 27 other member states agreed to the “Bratislava Roadmap,” charting the course for a future without the United Kingdom.

One year later, EU leaders reconvened in Tallinn and adopted a “Leaders’ Agenda” to “guide EU action up until the European Parliament elections in May 2019.” And now, the EU is preparing for a summit in Sibiu, Romania, that same month, where these blueprints will be finalized.

Still, the EU ultimately will be judged on results, not resolutions. Over the past decade, the bloc has faced two profound challenges, and it is now in the process of confronting a third. The first was the euro crisis, which could have ended with the demise of the common currency.

Instead, a series of summits were held, and Europe managed to muddle through. With time, member states’ economies started to recover, and new instruments for coordinating economic policy within the eurozone were adopted.

But just when the EU was starting to regain the public’s trust, it was hit by the 2015 refugee crisis, which affected some countries far more than others, exposing glaring inconsistencies in the application of common rules concerning the movement of people. 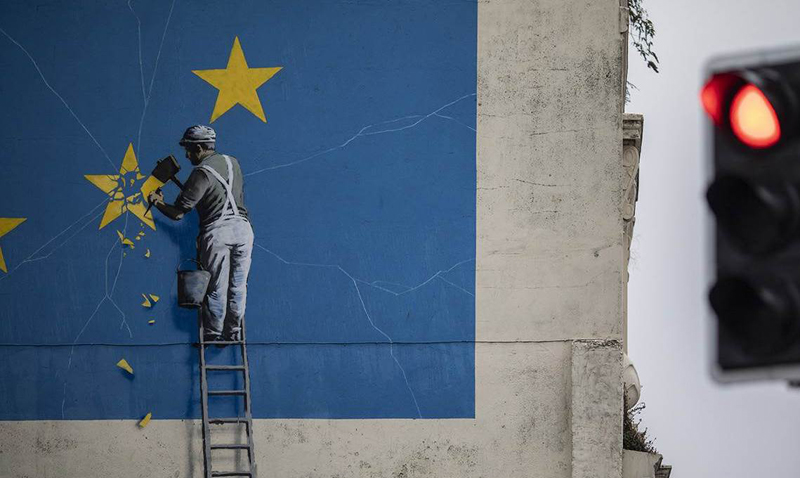 The number of asylum seekers traveling to Europe has since fallen substantially, but fears of a return to 2015 continue to haunt voters. And, more broadly, there is a growing awareness of how conflicts in the Middle East and demographic trends in Africa could threaten European stability.

Now comes the third challenge: the U.K.’s impending withdrawal from the EU. With Prime Minister Theresa May having so far failed to secure parliamentary support for her negotiated exit deal, Britain is in the midst of a full-scale political crisis, and EU leaders have no choice but to watch from the sidelines as the drama unfolds. A country that once led the world now cannot even lead itself.

With the European Parliament election fast approaching, this is no time for complacency. After the horrors of the Brexit referendum and Donald Trump’s election in 2016 came a renewal of hope with French President Emmanuel Macron’s election in 2017. But in 2018, Europe’s prospects reverted to a state of deep uncertainty ? nowhere more so than in France itself. There can be no telling what 2019 will bring.

What we do know is that governance across the EU is becoming more challenging as large mainstream political parties lose support to upstart parties and movements of both the left and the right. In this increasingly fragmented and polarized political landscape, the process of forming national governments has become long and arduous; even Sweden is following this unfortunate new pattern.

Making matters worse, economic growth across the EU appears to be slowing ? and that was even before the eruption of mass protests in France and Italy’s confrontation with the EU over its proposed budget. Whereas Italy’s populist government has sought to blame the country’s problems on the EU bureaucracy in Brussels, Macron has responded to public concerns by calling for even stronger EU institutions.

But both perspectives elide the fact that change will depend on politically painful domestic reforms. And besides, regardless of how long Chancellor Angela Merkel remains in office, it is already clear that German backing for a “transfer union” is not in the cards.

The danger now is that political uncertainty in Germany, France, Italy, and the U.K. will create an opening for populists and self-declared “illiberal” democrats such as Hungarian Prime Minister Viktor Orban to build more walls (physically as well as metaphorically) and mobilize the ghosts of nationalism.

Moreover, Europe’s external environment has become more dangerous. Though the world’s attention is currently fixed on the risks of an escalating Sino-American trade war, the threat of an equally destructive transatlantic conflict cannot be ignored. Trump seems genuinely to believe that German cars on the streets of New York pose a threat to U.S. national security.

Should he wake up one morning and decide to impose heavy import tariffs on European cars, things could get very ugly, very fast. Many European policymakers, already convinced that the U.S.-based tech giants are a threat to European security, would welcome the opportunity to pursue stronger actions against them. If the U.S. responded in kind, the casualties would pile up quickly.

One also cannot forget the mounting geopolitical and humanitarian challenges on the EU’s periphery. Trump, driven by an obsession with Iran, seems intent on aggravating ongoing conflicts in the Middle East.

And it would be absurd to think that Russian President Vladimir Putin will refrain from interfering in Ukraine’s upcoming presidential and parliamentary elections. Russia’s blockade of the Kerch Strait ? the entry point to the strategically important Sea of Azov ? and military buildup on Crimea indicate that Europe cannot let down its guard.

To manage these and future challenges, the EU will have to redefine itself, starting in 2019. In an increasingly dangerous geopolitical environment, the EU can no longer rely solely on soft power. And, as is the case for all governments, it must start preparing for the digital revolution, or risk punishing costs over the near and long term.

The Bratislava Roadmap, the Leaders’ Agenda, and the upcoming Sibiu summit are all well and good ? even necessary. But whereas 2018 was a year of confusion, 2019 will be year for decision-making. European leaders must face up to the brutal realities of a changing world. Only then will voters trust them to forge a new path toward a future of peace and prosperity.