Politicians could ease refugee suffering, but instead they stoke fear

The “major incident” is well and truly under way. Sajid Javid has signalled just how seriously he is taking the recent spike in refugee crossings across the Channel by interrupting his holiday to deal with the crisis.

All manner of plans are now being devised to shore up our borders. Around 100 people have crossed the Channel since Christmas Day but while the government ramps up concern about this sudden “new” development – actually something that has been occurring since 2017 – context is lacking.

The past few years has seen the worst refugee crisis since the second world war. Not only the conflict in Syria but also ongoing persecution in countries such as Sudan, Eritrea and Afghanistan has prompted record numbers of refugees to flee for their lives.

To put the hundred or so refugees reported to have crossed the Channel to the UK since Christmas Day into perspective: in 2015 1,015,078 refugees arrived in Europe, more than 800,000 trafficked by sea from Turkey to Greece. Since then the numbers reaching Europe have plummeted. From the beginning of this year until mid September 20,120 arrived in Italy, down from 180,000 in 2016 and 20,760 arrived in Greece.

Rather than hand-wringing about the latest refugee attempts to reach safety, Javid et al should be congratulating themselves on how effectively they have reduced migration to Europe.

The government is right that there has been a (small) spike in Channel crossings in the past few days but this is likely to be a result of our effective policy to hermetically seal the previous lorry and train routes in Calais that refugees were using without attracting daily headlines.

In the UK the numbers claiming asylum have gone down dramatically from a high of 84,132 in 2002. In 2015 there were 32,733 claims. The third quarter of 2018 reveals 7,444 claims. Whatever the fourth-quarter statistics will show when they are published early this year, those claiming asylum by crossing the Channel are likely to be a small percentage of the overall stats.

But this is so much more than a numbers game. The collapse in the number of refugees reaching Europe is certainly not due to a resolution of conflicts in global trouble spots leading to more people happily staying at home. It is due to a deliberate raft of policies promulgated by EU countries, including the UK, to shore up Fortress Europe. A deal signed between the European Union and Turkey in March 2016 specified that everyone who arrived in Greece from Turkey must claim asylum on arrival. Those who didn’t or whose asylum claims were rejected were sent back to Turkey. To address the exodus from countries such as Eritrea and Sudan, the Khartoum Process was established – political cooperation among countries along the migration route between the Horn of Africa and Europe. The EU Emergency Trust Fund for Africa claims to promote stability and address the root causes of irregular migration. All of these initiatives can be summarised simply with the words push back. 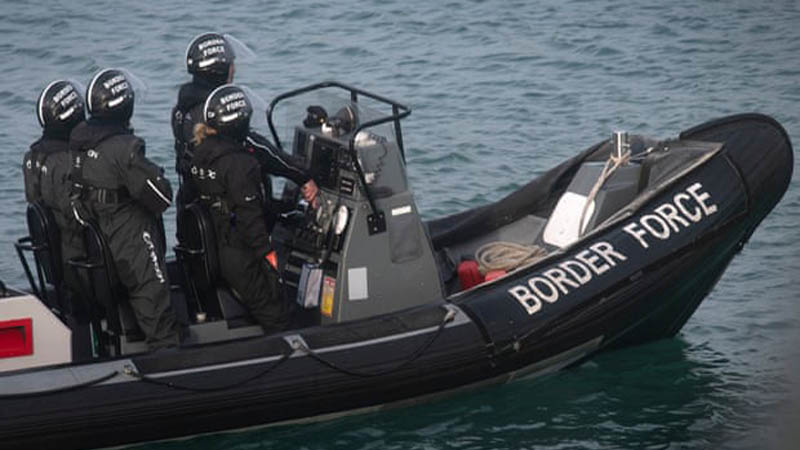 Europe does not want these refugees. It doesn’t matter how “deserving” they are and whether or not they qualify for our protection under the Geneva convention. Doing the decent human thing and offering sanctuary to those fleeing persecution in Syria, Eritrea, Sudan and Afghanistan does not play out well politically at home. Some of those pushed back can go home without risking their lives. But many cannot. Eritrea – described as Africa’s North Korea, where indefinite military service is mandatory and where Pentecostal Christians cannot practise their religion – will not accept forced returnees. Thanks to push back, many refugees from Eritrea and other conflict zones are now holed up in horrendous detention centres in Libya, to which the UK contributes funds. They cannot go back nor can they move forward. Some are dying unrecorded in these hellholes – those who continue to live are suffering beyond measure. But our politicians are refusing to answer questions about their fate honestly. There are hollow words and crocodile tears about the dangers of refugees risking their lives making hazardous sea crossings, yet our politicians have declined to offer them a safe alternative.

This is the real crisis, not the hundred people who have crossed the Channel in the past few days. It is easy for these politicians to condemn the gangs of traffickers cashing in on human misery. But our governments could put these gangs out of business and alleviate the mass of human suffering by opening up legal routes to sanctuary, shared fairly across every EU country. Instead of doing this they ramp up fears of the other by clamping down on a few dozen desperate refugees who are trying to reach our shores.

Diane Taylor is a freelance journalist and author