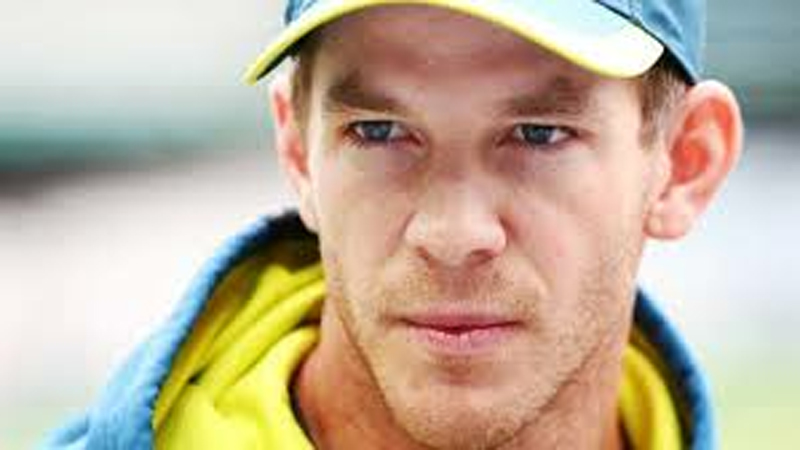 MELBOURNE: A troubled Australia side will head to the Sydney Cricket Ground for the fourth Test against India hoping to turn over a new leaf in 2019 but still plagued by the fall-out of their annus horribilis. Tim Paine’s side suffered a huge reality check at the Melbourne Cricket Ground where they were outplayed with bat and ball before slumping to a 137-run loss on Sunday. The defeat not only left them trailing 2-1 in the series but also made their defiant win in the second match in Perth appear something of a false dawn instead of a turning point in a rebuilding team’s fortunes. Since the ball-tampering scandal exploded in Cape Town in March, leading to long suspensions for former captain Steve Smith, David Warner and Cameron Bancroft, Australia have laboured to five defeats and a draw in seven tests.

Tim Paine’s side has become defined almost as much by its absentees as the available players out on the field. While Bancroft’s nine-month ban expired on Saturday, Smith and Warner still have three months to serve on their 12-month suspensions. Their replacements have failed to cement themselves and Australia have been unable to move on, Paine admitted after defeat at the MCG. “The guys have nearly finished their bans and nearly done their time, so I think it’s time we started focussing on the fact that they’re coming back and from that there are some real positives,” he said after defeat at the MCG.
In the short-term, Paine’s team are in danger of becoming the first Australian side to lose a test series to India on home soil, having already conceded the Border-Gavaskar Trophy to Virat Kohli’s men. With the Sydney Cricket Ground reliably Australia’s most spin-friendly wicket, the hosts may find it tough going to manufacture a face-saving victory and square the series. Ravindra Jadeja captured five wickets on the MCG’s drop-in pitch, comprehensively winning his duel of spinners with Nathan Lyon, who took just one. The left-arm spinner proved a menace for Australia’s parade of left-handed batsmen and in Sydney could pose one half of a dual-spinning nightmare if Ravichandran Ashwin is fit to bowl. No Australian batsmen have scored a century in the series and number five Travis Head is alone in the top six with an average of above 30.

One-day specialist Aaron Finch, dismissed for eight and three in Melbourne with a pair of poor shot choices, has convinced no-one outside of the Australia camp that he can succeed as a Test opener. Australia coach Justin Langer, however, said that no-one was putting their hand up in domestic cricket to push any of the current batsmen out of the side. “Try being a selector at the moment,” Langer told reporters on Monday. “We’ve got to be careful not to reward poor performances but … it’s not as if the guys are absolutely banging the door down. “Most of our batters knocking on the door are averaging in the 30s. The art of batting, we’ve got some work to do. “Whether it’s the system … whether it’s something we’ve got to change in our psyche, I’m not sure. It’s something everyone is looking at.”
Seam-bowling all-rounder Mitchell Marsh, who replaced the out-of-form batsman Peter Handscomb at the MCG, failed twice with the bat and went wicketless.His spot may be under pressure from part-time legspinner Marnus Labuschagne, who has been drafted into the squad for Sydney.

Throwing the rookie all-rounder into the pressure of a series-decider could prove a big gamble. However, with all bets off and no-one else performing in the number six spot, Australia’s selectors could be forgiven for electing to roll the dice.