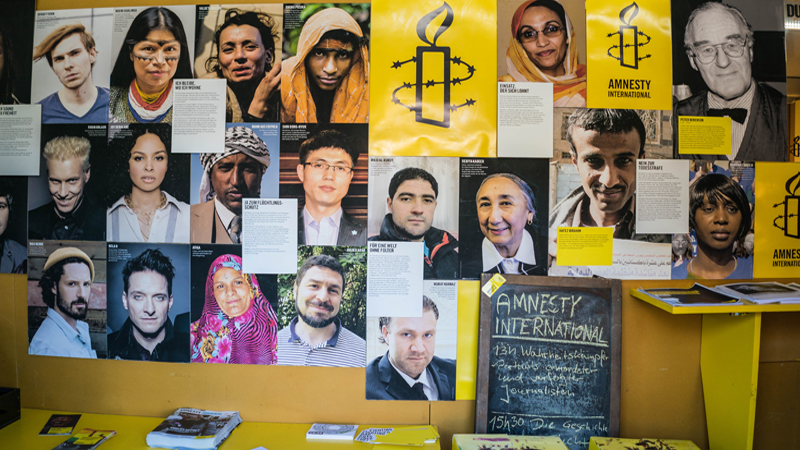 FRANKFURT: Honouring the contributions of Shaheed Salmaan Taseer in the field of human rights and equality, German organisation Wahrheitskämper (TruthFighters) and Amnesty International have premiered a sketch and brief history of the late publisher of Daily Times at the world’s biggest book fair.

Salmaan Taseer’s sketch was made by the German artist Steff Murschetz and was put on display by the Amnesty International at world’s largest book fair in Frankfurt a few weeks back.

The idea was to highlight sacrifices of journalists and defenders of human rights who lost their lives or put them in harm’s way to protect freedom of expression or marginalised communities across the globe.

The biggest human rights organisation sets-up a bus stall at the book fair every year to educate people, thronging to the fair from across the globe, about threats to freedom of expression and worldwide struggles for human equality.

This year’s stall carried sketches of journalists and rights activists with a brief history of their works and sacrifices for humankind. Different sketch artists paid tribute to the courageous protectors of humanity by drawing their sketches for the exhibition this year.

Illustrator from Oberursel Christine Krahe painted the portrait of the Turkish author Ahmet Altan, who is imprisoned since 2016. Known artist Steff Murschetz from U-Comix-Magazin drew a sketch of Salmaan Taseer Shaheed. 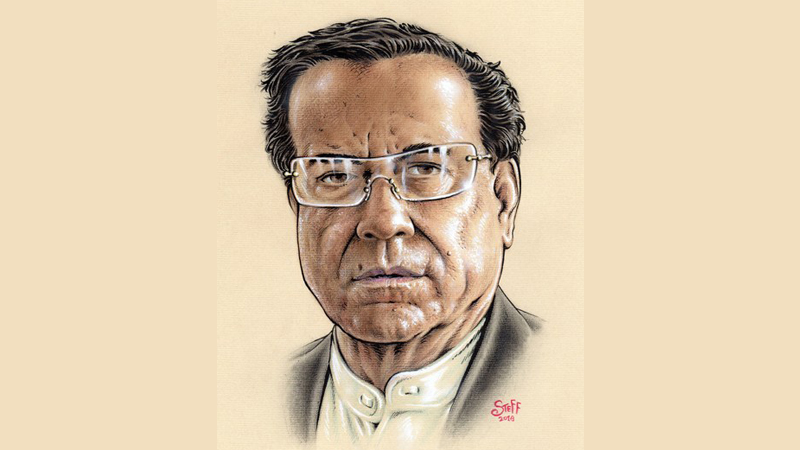 Susanne Köhler, a Frankfurt based illustrator and initiator of the memorial project Wahrheitskämpfer – Fighters for Truth – drew the portrait of the Journalist Kyaw Soe Oo who is imprisoned in Myanmar. Christian Scharfenberg also made a portrait of slain US journalist John McNamara, who was killed in a mass shooting at The Capital Gazette newspaper in June 2018.

She said that a large number of people thronged to the Amnesty stall and exhibition, which tells that people care about human rights and freedoms. She said that journalists from different parts of the world including Deniz Yucel of Germany’s Die Welt addressed the audience and talked about challenges their colleagues were facing in the line of duty.

Deniz Yucel was imprisoned by Turkish government in February 2017 for almost a year while serving as a correspondent for Germany’s Die WeltN24 media group in Turkey. People organised mass protests in Germany and worldwide to put pressure on Erdogan government to free Yucel.

Speaking to Daily Times, Steff Murschetz said that Salmaan Taseer’s sketch was his way of conveying his love and respect for the visionary man who gave up his life while protecting Pakistani society from intolerance and injustice.