Prepare yourselves for a no-Christmas Brexit in 2019

Father Christmas (as told to Stewart Lee) The Guardian

While Christmas is expected to progress as usual this year, unless you manage to extricate yourselves from exiting the European Union pronto, Britain had better start making plans for a no-Christmas Brexit in 2019.

Stop up your chimneys, deep-freeze your figgy pudding, and stockpile your stockings! And it doesn’t matter who has been naughty and who has been nice!! Because Santa Claus ain’t comin’ to Brexit-town!!!

Like a lot of business people whose work involves moving large numbers of goods over a succession of borders, and/or the transportation of hoofed livestock across different national boundaries, the possibility of a no-deal Brexit leaves me pretty much up the creek of shite mit keine paddle.

The existence of the European Common Aviation Area, for example, has avoided some of the awkwardness that accompanied my circuits of the Earth in the 50s, when I was regularly pursued across Europe by hostile cold war fighter jets, Rudolph’s tedious nose making us an easy target for state-of-the-art missile systems. 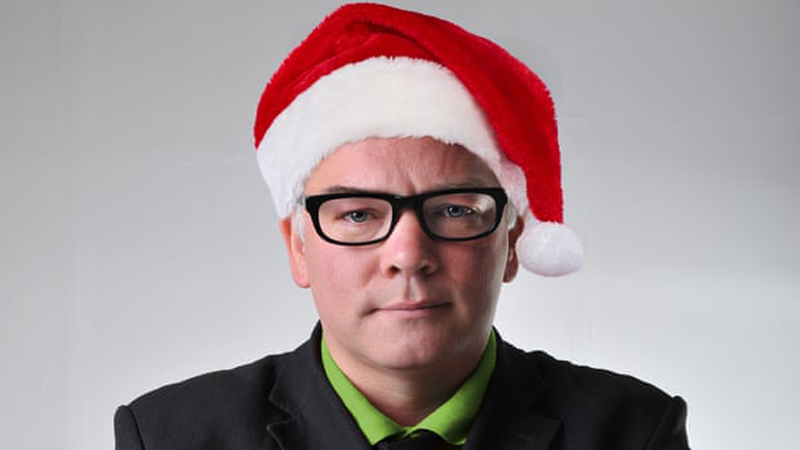 And, although I do appreciate that many unscrupulous employers exploit this, the fact that the short-term seasonal staffing needs of my Finland workshop can be fulfilled each festive season without friction has meant I have still been able to meet all my toy manufacture and delivery targets, each and every year.

And that’s despite needing to service a global Santa believing customer base that has expanded significantly, year on year, since I first transitioned myself from a folkloric yuletide nature spirit into a Christianised personification of the winter season, some time in the early 17th century.

Take the Irish border question, for example, and it’s a shame you never did. I have no desire to go back to the bad old days of the 70s, when I was shot down between Armagh and Dundalk, kneecapped and then had all my presents stolen and resold to fund the revolutionary struggle. Little Tommy in Cork was crying because he didn’t have a Stretch Armstrong; meanwhile a post office north of the border was on fire.

And furthermore, at the moment, I can save an enormous amount of time, on what is already a very busy night, if you don’t mind me saying so, by traversing the island of Ireland east to west and back again, as the crow flies, from Belfast in Northern Ireland to Donegal in the Republic of Ireland, without the necessity of customs checks on my gifts (are they up to EU standards?) every time I cross the border, or on my livestock (do they carry foot and mouth disease?), or on my small green-clad seasonal staff (do they have the relevant legal paperwork?).

Even assuming that this was all smoothed over by some frictionless arrangement involving yet to be invented technology, which it won’t be in the event of a no-deal Brexit, then there is a further problem. I take off from Lapland, which, as part of Finland, is an EU member state, so it is not even certain whether I will be able to land in Britain at all, unless its future relationship with the European Common Aviation Area is maintained.

I wrote to the Department for Exiting the EU, asking, in the event of me not being allowed to fly over the UK after Brexit, if I could do my British deliveries on land? They invited me to enter a lottery for one of only 2,000 European Conference of Ministers of Transport permits, allowing me to complete my cross-channel deliveries by road. Do they know who I am? Clearly not. Do they know it’s Christmas time at all?

Put it this way. If you leave the EU with no deal, then I can promise you, people of Britain, that, irrespective of whether you have been naughty, ie you voted to leave, or nice, ie you voted to remain, Christmas 2018 will be the United Kingdom’s last Christmas. And there is no room for further negotiation.

If you want to make all that extra work for me, then as far as I am concerned, some other mug can be Britain’s own personal Santa in 2019, ‘cos I ain’t doin’ it! Perhaps next Christmas, the job of Father Christmas could be done, in quick succession, by David Davis, Dominic Raab, and then some anonymous fall guy no one’s ever heard of, the Lee Harvey Oswald patsy of Brexit. Clad in a red, white and blue Brexit Santa suit, Raab could fly over the land in his sleigh, scattering valuable medicines and tinned foods to the bedraggled people traversing the ruined Mad Max wasteland of post-Brexit Britain.

Or perhaps Boris Johnson could be Santa. He has the physique, and the international aspect of the job would give him a chance to display his well-loved facility for diplomacy in a variety of different nations.

Now, in closing, a lot of people ask me: do you exist? To which the simple answer is: no, obviously not. But there is a more complex answer. I do exist, but only if you really, really, really believe in me. And in that respect, I am very similar to Brexit.

Father Christmas’s favourite snowflake, Stewart Lee’s last touring standup show,Content Provider, is screened on BBC Two on Saturday 29 December. He is also appearing with Athena Kugblenu and Rosie Jones in A Belter for the Shelter, at the Hackney Empire, London, on 19 February