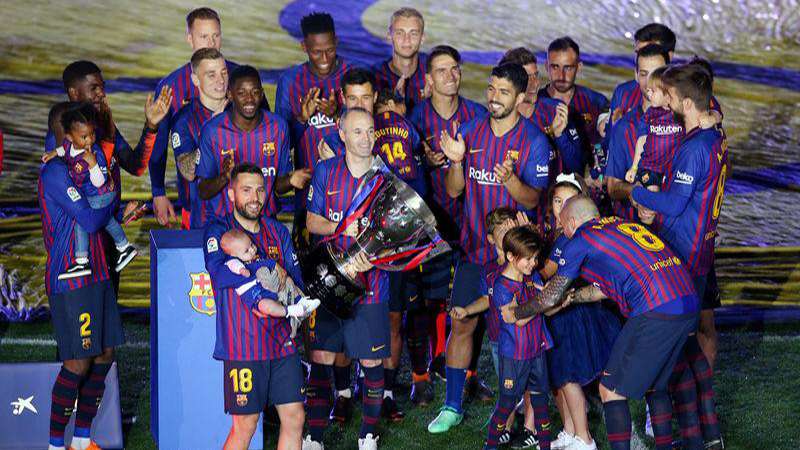 ZURICH: Club football played second fiddle to the World Cup in 2018 and that was probably just as well given its utter predictability. Four or the five major European domestic leagues, which concentrate nearly all the top players and most of the sport’s wealth, turned into one-horse races in the latest demonstration of the growing gulf between the biggest clubs and the rest. Pep Guardiola’s Manchester City wrapped up the English Premier League with five games left, eventually amassing a record 100 points to finish 19 points clear. The many records they set in the process included the most consecutive Premier League wins (18), the most goals scored (106), the best goal difference (79) and the most passes in a Premier League game (902). There was no denying the quality of the football, arguably the best ever played in the Premier League, yet the contest itself was effectively over by Christmas.

In Spain, Barcelona won La Liga for the third time in four seasons with a 14-point advantage and 99 goals scored, with one defeat all season. There were no surprises in Germany, either, where Bayern Munich notched a sixth straight Bundesliga title after recalling Jupp Heynckes for his fourth stint as coach, or in France, where Paris St Germain made it five titles out of the last six. In yet another lopsided contest, the Qatari-owned French club amassed 93 points from 38 games, 13 more than second-placed AS Monaco. What should have been the game of the season, when they hosted the principality team, turned into a 7-1 rout. 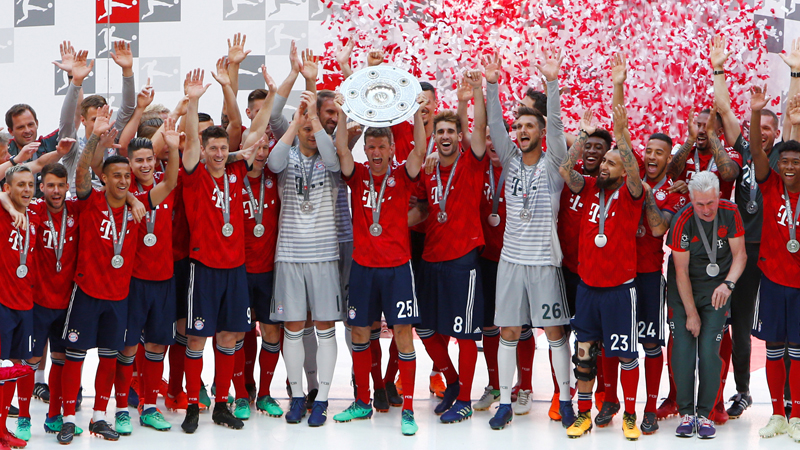 Italian exception: The exception was Serie A where Napoli pushed Juventus all the way but there was still a sense of inevitability that the Turin side would win a seventh title in a row which they did. The Champions League produced some memorable ties in the knockout stages but ended in familiar fashion with Real Madrid winning the trophy for the fourth time in fifth seasons, beating Liverpool 3-1 in the final in Kiev. Real’s celebrations where short-lived as coach Zinedine Zidane then resigned and Cristiano Ronaldo left for Juventus, having scored a club record 451 goals and won 16 trophies during nine seasons. Zidane’s replacement Julen Lopetegui lasted only three months before being fired to make way for Santiago Solari.

Lopetegui’s appointment made him Real’s 20th coach since 1996 – while Arsenal had one during the same period. Arsene Wenger’s remarkable 22-year spell with the Gunners finally ended, though not in the way the Frenchman would have wanted with his team missing out on this season’s Champions League after finishing sixth. Another major coaching move saw former Chelsea, Real Madrid, Paris St Germain and Bayern Munich manager Carlo Ancelotti return to Italy after a nine-year absence to coach Napoli.

Veteran Phil: Luiz Felipe Scolari, Brazil coach when they won their fifth World Cup in 2002 and also in charge of the side humiliated 7-1 by Germany at the finals on home soil in 2014, led Palmeiras to the Brazilian title at the age of 70. Palmeiras, seventh when ‘Big Phil’ took over in July and eight points off the lead, won 16 of their next 22 league matches and drew six, conceding just nine goals to triumph with a game to spare. South America has managed to avoid the predictability and gentrification of European club football although it sometimes veers too far towards the other extreme.

River Plate and Boca Juniors, the Buenos Aires neighbours who share arguably the fiercest rivalry in football, both reached the final of the Copa Libertadores, the equivalent of the Champions League, for the first time in its 58-year history. The match captured the imagination and, after a 2-2 draw at Boca’s Bombonera stadium, it was all set for a memorable second leg on a perfect spring afternoon in front of a global audience. Instead, Boca’s team bus was pelted with objects as it approached River’s Monumental stadium, injuring several players.

Chaos ensued as organisers said the match would go ahead but, after twice postponing the kickoff, rescheduled it for the following day. That was also called off and, after several days of indecision, CONMEBOL ignored protests from both teams and decided to stage the match at Real Madrid’s Bernabeu stadium. River came from behind to win 3-1 in a gritty, passionate match but, while they celebrated, many observers wondered if a precedent was set by staging the final on the ‘wrong’ continent and could be repeated to feed the sport’s commercialisation.