Former President Mahinda Rajapaksa’s attempt to seize power through the backdoor with the support of President Maithripala Sirisena has been roundly defeated by a courageous display of united resistance by concerned citizens in combination with decisive votes in the legislature and unanimous rulings by the Judiciary. After clinging on stubbornly from October 26 for 51 days, former president and Kurunegala district MP Mahinda Rajapaksa terminated his illegitimate tenure as purported Premier by signing a letter of resignation at his residence on December 15. Thereafter on December 16 Ranil Wickremesinghe was sworn in by President Sirisena as Prime Minister of Sri Lanka again.

The rightful restoration of Ranil as Prime Minister has been welcomed joyfully by all those adhering to principles of constitutional democracy both nationally and internationally. The undignified exit of Mahinda and triumphant re-entry of Ranil has a fairy tale ring to it and most fairy tales have an ending where everyone lives “happily ever after”. Unfortunately it is not so in real life. Similarly the Sri Lankan political crisis too has had a happy ending due to the defeat of the anti-constitutional or extra-constitutional coup. The celebratory mood therefore is understandable. However there is no room for complacency. The rightful return of Ranil Wickremesinghe is indeed most welcome but it cannot be regarded as a grand finale to the Political crisis which will certainly continue in new forms and ways in the days to come.

The armed intervention of India in the ethnic crisis of Sri Lanka in 1987 proved to be a costly blunder for our big neighbour. This was mainly due to an error of estimation. India under-estimated the capability of the Liberation Tigers of Tamil Eelam (LTTE) and over-estimated the capacity of the Eelam People’s Revolutionary Liberation Front (EPRLF). Likewise one is able to discern errors of estimation in the aftermath of the recent political crisis. Mahinda Rajapaksa’s political defeat has led to an under-estimation of the ex-president’s political capability and popularity. Ranil Wickremesinghe’s political victory has resulted in an over-estimation of the Prime Minister’s political capacity and popularity.

For many many years now there has been sustained propaganda that RanilWickremesinghe is a serial loser and that he will never be able to lead the UNP to overwhelming electoral success. As such Ranil was projected as a political liability to his party. Sadly for Wickremesinghe many stalwarts in the UNP also bought into rival propaganda that Ranil would not be able to lead the party to victory at elections. In order to cover up their own shortcomings and deficiencies some green elephants found it convenient to scapegoat Ranil as the cause for the party’s decline. Wickremesinghe stepping down to facilitate the presidential candidacy of Sarath Fonseka and MaithripalaSirisena in 2010 and 2015 has not helped to dispel such doubts about Ranil’s “unwinnability” either. 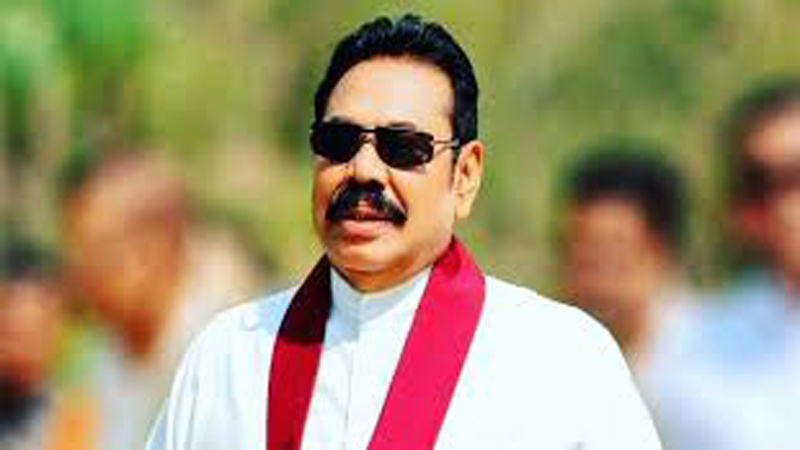 However the recent power grab through backdoor fiasco has jaded the images of both Mahinda and Maithripala while the long tarnished image of Ranil Wickremesinghe has been re-furbished. The arbitrary and unfair manner in which he was removed and replaced as Prime Minister made people of different backgrounds rally around Ranil and engage in a people’s protest. In spite of Wickremesinghe’s perceived faults and deficits he became the symbol of the people’s resistance movement. This has enhanced his political image to a great extent. What the future may be is somewhat unpredictable but right now Ranil rides the crest of a populist wave and has energised Ranil with enhanced confidence. So much so that an ebullient Ranil is now planning to forge a new political front and seek a two-thirds majority in Parliament through an early election. While Wickremesinghe’s desire to seize the moment is quite understandable there is every possibility that Ranil is misreading the situation and may be over-estimating the nature and extent of the political clout he enjoys right now.

On the other hand it is indeed a fact that the cumulative result of the recent political crisis has resulted in the diminution of Mahinda Rajapaksa’s political stature and reputation. There is no doubt that Mahinda Rajapaksa is still the single-most popular mass-figure in the seven Sinhala majority provinces of Sri Lanka. This aura however has suffered much erosion in recent times The man described as the “Medamulana Machiavelli” has been denied the spoils of prime ministerial office after an abortive attempt to grab power through the backdoor. Furthermore Mahinda Rajapaksa’s larger than life image has been considerably dented by these political shenanigans. Mahinda is depicted by his detractors as a selfish, power-hungry politician without principles or scruples who would resort to diabolical measures to seize power. This portrayal is perceived as correct by a growing number of people.

This has led to a situation where the growing tendency is to write off Mahinda Rajapaksa politically. This line of thought seems more prevalent among those who battled bravely to confront the Mahinda-Maithripala duo and their minions these past weeks. Mahinda Rajapaksa and Maithripala Sirisena were compelled to abandon their power grab attempt because of this struggle. Mahinda and Maithripala did not change their stances willingly and step down. They were made to back off by an incredible and unprecedented display of resistance — to an unconstitutional, illegal act — on multiple levels in different forms. This resistance was demonstrated in Parliament as well as in the public domain. Never in the post -independence history of this nation has such a popular non-violent protest movement cutting across race, religion, caste, class or creed been witnessed. Substantial sections of the Sri Lankan population mobilized together as a united nation and rallied around a principled common cause. It was basically a case of the country and people defending Constitutional democracy and resisting flagrant attempts to capture power through the backdoor.

Against that backdrop it is understandable that people in a jubilant state of mind would tend to perceive Mahinda Rajapaksa as a deflated balloon politically. It would be a grave mistake to misread the situation and under-estimate Mahinda Rajapaksa’s political strength. Downsized he may be, but the giant has not been turned into a midget. Mahinda Rajapaksa may be down, but is certainly not out yet. In spite of being politically de-valued to some extent by recent happenings, Mahinda Rajapaksa remains a force to be reckoned with still. Though thwarted at this juncture, the return of the Ruhunu Rajapaksas to power is a distinct possibility in the near future.

Most men who grew up in Sri Lanka have in the days of our youth participated in many a Baila session where some verses were ribald. One sanitized verse in the perennially popular tri-lingual Baila medley “Rangadina Baila, MevvaaIganaganilaa” was as follows – “Jumping through the window Darling, What Will People Say? If you want to marry me Darling, Come in the Proper way!

The above mentioned Baila verse comes to mind in the current context where Mahinda Rajapaksa’s power grab attempt through the backdoor has met with strong disapproval. What is of key importance here is to note that the basic reason for this opprobrium is the method used to capture power. Had Rajapaksa sought power through legitimate channels there would have been little resentment.

Even those who are against the Rajapaksas politically would have had no choice other than to reconcile themselves to a Rajapaksa-run administration if they came to power by winning elections. It was the attempt to break into the seat of power unconstitutionally which shocked and put off people. As according to the Baila, ‘Jumping through the window is not the proper way. If you want to marry the darling one must use the proper way’. So if Mahinda wants power he cannot just come in through the back door. He must come through the front door or the proper way.

After Mahinda Rajapaksa lost the presidential election in January 2015 he underwent several political reversals. There were many in the “Yahapalanaya” camp who were cock-a-hoop at this state of affairs and were predicting a “retirement” by the Lion of Ruhunu. This writer in an article written in November 2015 stated that Mahinda Rajapaksa would not opt for retirement and would plunge into politics zestfully and seek a comeback. I outlined three main reasons for such a stance by Mahinda then which remain valid even now. Here are the relevant excerpts.

“Why is it unlikely that MahindaRajapaksa would quit politics at this point of time and retire? There are three reasons. One is the combative personality of MahindaRajapaksa. In the words of Dylan Thomas, Mahinda is one of those who would ‘rage against’ what he may consider as ‘ the dying of light’. One cannot imagine him going out ‘gently into that good night’.

“The second and more important reason is that he cannot retire from politics at present even if he wants to. He cannot afford the luxury of retirement as J.R. Jayewardene, D.B. Wijetunge or even Chandrika Kumaratunga. Ghosts of the past haunting him at present would not leave him and/or his extended family alone in the future. There is a Chinese saying that the winds will not let a tree remain still even if it wants to. That aptly sums up Mahinda’s present situation.”

“The third reason is Mahinda Rajapaksa’s self-perception of being the chosen guardian of Sri Lanka and divinely sanctioned saviour of the Sinhala Buddhists. There is no denying that the separatist threat posed by the Liberation Tigers of Tamil Eelam (LTTE) was defeated militarily due to the political leadership provided by Mahinda Rajapaksa. In his mind, he was the one who defeated the perceived enemies of Sinhala Buddhism and restored the majority community to its rightful place in the country. Yet he was defeated at the presidential elections by the votes of the Tamils and Muslims. Nevertheless it was he and not Maithripala who gained greater support among the Sinhala voters. This Sinhala vote base got further eroded at the Parliamentary elections but analysts say the UPFA got more “Sinhala” votes than the UNFGG at the August 17 polls”

“It is this third reason that will provide greater impetus to MahindaRajapaksa in continuing to be in politics. Saying ” I am a fighter by nature” or “I have to be in politics to safeguard myself and my family” is direct and honest but is politically inconvenient. On the other hand saying “I will be in politics to protect race, nation, faith and country” will be more acceptable politically. Of course Mahinda will be criticised severely by the league of political correctness but as long as a majority of the majority community which is regarded by Mahinda as his true constituency is supportive Rajapaksa will be content”.