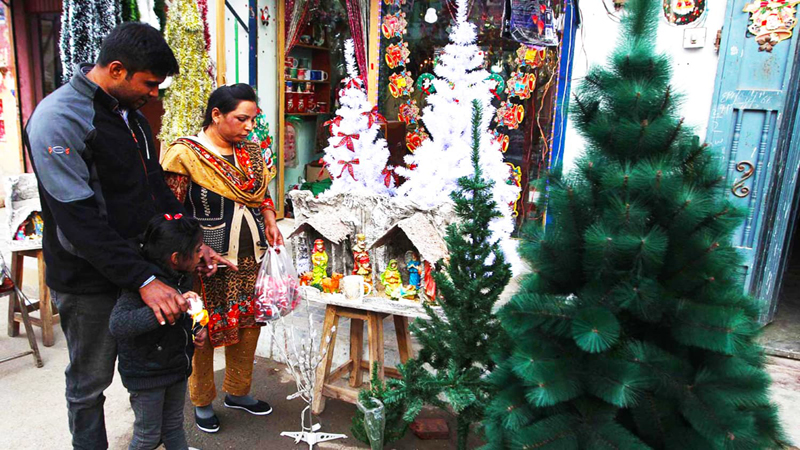 City police chalked out foolproof security arrangements for Christmas Bazaars being established in different areas of the city by the City District Government on Thursday.

He directed that no one should enter these Christmas bazaars without checking. Dolphin and Police Response Unit should conduct patrolling around these bazaars. Security of other shopping centres of the city should be beefed up as well to ensure the safety of citizens. He requested the citizens particularly Christian community to keep a vigilant eye on the activities around them and immediately inform the concerned police station regarding any suspicious person or activity.

The delegation also met with the Senior SP Operations Captain (r) Mustansir Feroze and SP Security Faisal Shahzad. Members of the delegation cut a cake in continuation of the celebrations of forthcoming Christmas and also presented honorary shields to the police officers.

DIG Operations said that minority’s role is very important for promotion of interfaith harmony in the country. The DIG also highlighted the contribution of Christian policemen adding that they have been assigned very important duties as part of effective policing.

MCF Central President Emmanuel Gulzar said that all Pakistanis are brothers and there is no discrimination among any of the citizens of the country as minorities’ role is greatly acknowledged in every field of life.