When will we learn to accept the climate change truth?

Since the beginning of time, the Earth has provided for us in every which way possible and opened up channels through which we have not only solved our immediate problems but also planned a better future for ourselves. From the discovery of coal and the invention of the steam engine to the development of the internet, nature has played the prime role. Or to travel back, the medicines and healing processes we use in the postmodern world all have their origins in nature.

They were always there. We just needed to discover them. It took Darwin five years on the HMS Beagle and subsequent two decades of research to arrive at the theory of evolution, which was met both with interest and shock. So was Einstein’s theory of relativity?but without it, we would not have the internet and GPS.

But Einstein didn’t develop his theory from thin air. He had a galaxy of physicists as path-breakers?from Max Planck to Ernest Rutherford and Niels Bohr. Especially Planck, whose Planck constant helped him develop his photoelectric effect theory, for which he got the Nobel Prize for Physics.

But without the Newton constant of gravitation, Planck would not have been able to develop his theory. Newton in turn owes his discoveries to Copernicus, Kepler and Galileo. And the three pioneering physicists broke through because they discovered the wonders of nature that had always been there.

That brings us to an unusual discovery first reported by scinecedaily.com in January 2017. A United Kingdom, Canadian and Italian study has shown what many scientists believe is the first observational evidence that we are living in a vast, complex hologram.

Theoretical physicists and astrophysicists, investigating the irregularities in the cosmic microwave background?that is, the “afterglow” of the Big Bang?found substantial evidence to support a holographic explanation of the universe. 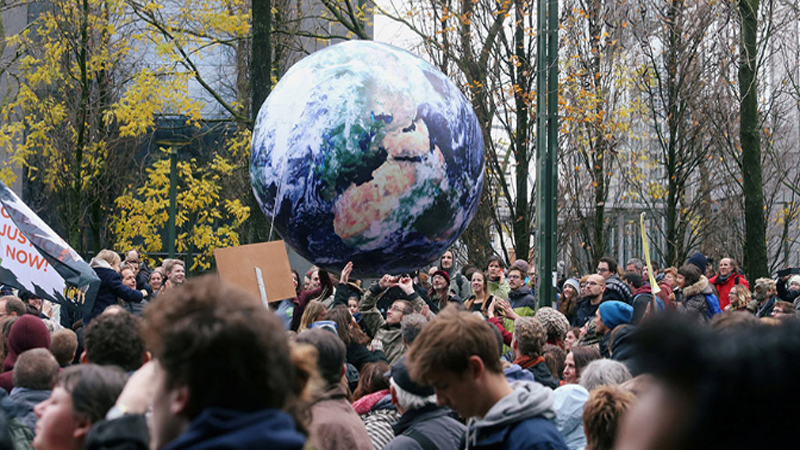 Researchers from the University of Southampton (UK), University of Waterloo (Canada), Perimeter Institute (Canada), INFN, Lecce (Italy) and the University of Salento (Italy), published their findings in Physical Review Letters, supporting the idea of a holographic universe, which was first suggested in the 1990s. According to the concept, all the information that makes up our 3D “reality” (plus time) is contained in a 2D surface on its boundaries.

The Science Daily quoted Kostas Skenderis, a professor of Mathematical Sciences at the University of Southampton, as saying: “Imagine that everything you see, feel and hear in three dimensions (and your perception of time) in fact emanates from a flat two-dimensional field. The idea is similar to that of ordinary holograms where a three-dimensional image is encoded in a two-dimensional surface, such as in the hologram on a credit card. However, this time, the entire universe is encoded!”

The difference, in our 3D universe, is that we can touch objects and the “projection” is “real” from our perspective.

The universe could be a hologram for all we know. Yet some people insist they know everything there is to know about it. And without even pausing to ponder that we humans have been exploiting the Earth for thousands of years without giving it back anything except toxic chemical fertilizers and pesticides and contaminated water, they expect Mother Nature to continue providing for us in greater capacity.

It is this dilemma that those committed to protecting the Earth are racing against time to resolve at the ongoing UN Climate Change Conference in Kotowice, Poland. Which seems difficult as the second-largest emitter of greenhouse gases, the United States, has withdrawn from the 2015 Paris Agreement, and as attempts to devise binding rules for emission cuts for all countries have failed at Kotowice, according to a BBC report on Dec 8.

The report said the US, Saudi Arabia, Kuwait and Russia objected to the conference “welcoming” the IPCC report. Which essentially means the dropping of the report by the UN Intergovernmental Panel on Climate Change that says unless global emissions are drastically reduced, we will have to pay a huge human and economic cost in the not so distant future.

It seems, unlike those who love our planet, some are engaged in a fierce race to extract the maximum out of nature without taking even the faintest step to repair some of the damage they have caused, and all to make more profits and accumulate more power. Hubris or ignorance, call it whatever you will.

When will we ever learn to think beyond profits and power!

The author is a senior editor with China Daily. oprana@hotmail.com