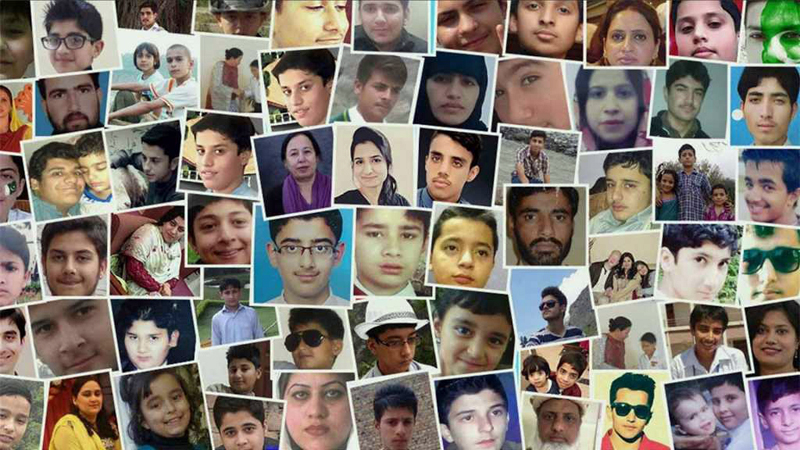 PESHAWAR: Speakers at a memorial arranged at the Army Public School (APS) Peshawar on Sunday to pay homage to the martyrs of the carnage four years back told the gathering that the tragic incident has united the nation against the scourge of terrorism.

On December 16, 2014, six gunmen stormed the APS Peshawar and martyred around 150 people, including more than 130 innocent students. The dastardly attack sent shockwaves globally, leaving the entire nation in grief and sorrow. The security forces had shot dead all the six terrorists during the fire fight.

The ceremony started with a special prayer for the martyrs, followed by the national anthem. Later, Shah Farman laid a floral wreath at the martyrs’ monument and offered fateha for the departed souls. Corps Commander Peshawar Lt Gen Shaheen Mazhar Mehmood and parents of the martyred students also attended.

Speaking on the occasion, the governor said that entire nation was standing shoulder to shoulder with the bereaved families.

Another function was held at the Archives Library Peshawar besides a ‘Taleemi dharna’ staged in front of the Peshawar Press Club to pay homage to the martyrs of the APS attack. People from all walks of live and civil society members attended the events to express solidarity with the bereaved families.

Foreign Minister Shah Mehmood Qureshi in his message on the occasion said, “Our thoughts and prayers are with the families, friends and loved ones of all the victims.” The fateful black day, which resulted in loss of more than 130 precious lives, continues to remain a scar on the collective memory of the nation, he said, adding that even after four years, the pain and sorrow of this utterly senselessness and heinous act remain fresh.

KP Chief Minister Mahmood Khan in his message said the sacrifices of the APS students would always be remembered. He said the provincial government would always extend helping hand to the bereaved families of APS carnage.