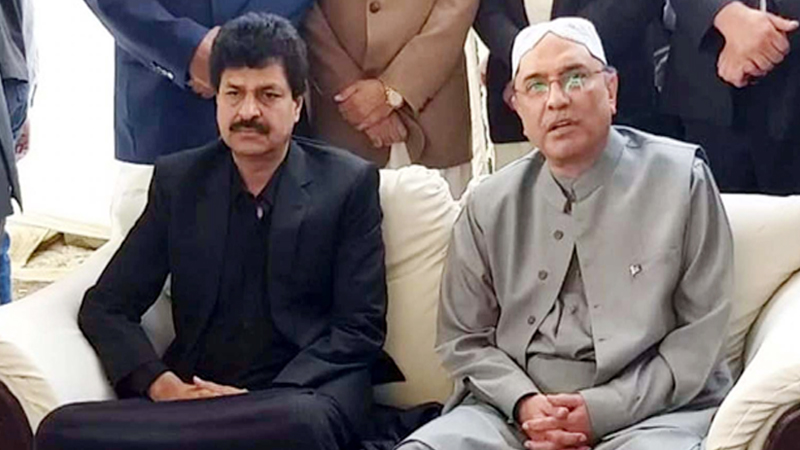 HYDERABAD/TANDO ALLAHYAR: Former president Asif Ali Zardari on Sunday said the nation will very soon get rid of the current government and go to polls, a private TV channel reported.

“We shall topple the government and as a result, I’m not afraid to get arrested; jail is my second home,” the Pakistan People’s Party (PPP) leader told a press conference in Tando Allahyar. He denounced the government for snatching employment and livelihood from the citizens of Karachi, adding that Empress Market had been there since ages and that demolishing the shops has seized means of earning from the shopkeepers. “Only a party of the masses could understand the people’s demand and not the puppets,” he said.

He also criticised the government for focusing more on accountability than paying attention to matters of relevance pertaining to the betterment of the people. He rebuked the Pakistan Tehreek-e-Insaf (PTI) government by calling it an ‘under-16 team’. “They can start doing governance if they stop arresting people,” he added.

Zardari said the Federal Board of Revenue (FBR) is not able to collect taxes because revenues cannot be increased through coercion. He said the PPP leadership is not being given permission to visit Balochistan and Khyber Pakhtunkhwa. “Bilawal is told that he cannot go there but on the very same day, the prime minister is escorted to the area,” he added.

At a press conference in Hyderabad, Zardrai said his party does not want institutions to be weakened because ‘there is another aggressive force’. He said the party had accepted Zulfikar Ali Bhutto’s death and didn’t fight against it because it did not want institutions to be weakened. “We still don’t want them to be weakened,” he asserted, describing the ‘force’ as one that possesses a ‘passionate ideology (junooni soch)’. “We don’t want to encourage it,” he said. “That is why we always give [them] leverage and space,” he said, adding, “They have the wrong impression that we give them space because we are fearful or wish to take power away from them. We only want neutrality from them. We can take power on our own.”

When asked about the 18th amendment, the former president said the current government was one of ‘imbeciles’ who lacked understanding. He said the amendment had given each province a greater share, adding that if the provinces are together, they will be strong and hence Pakistan will be strong.

Zardari reiterated his stance about those having a ‘three-year tenure’ and, in the same breath but without taking any names, appeared to speak critically about the visits to different places by the chief justice. “[Why do you] keep visiting different places and question things […] what does it have to do with you? [Bhai aap ka wasta kia hai] […] 900,000 cases are pending in the entire judicial system […] you should look into those,” he said.

While honouring the martyrs of the 2014 Army Public School attack, the PPP supremo commented that the failure of the National Action Plan is an undoing of the sacrifices of the APS martyrs.