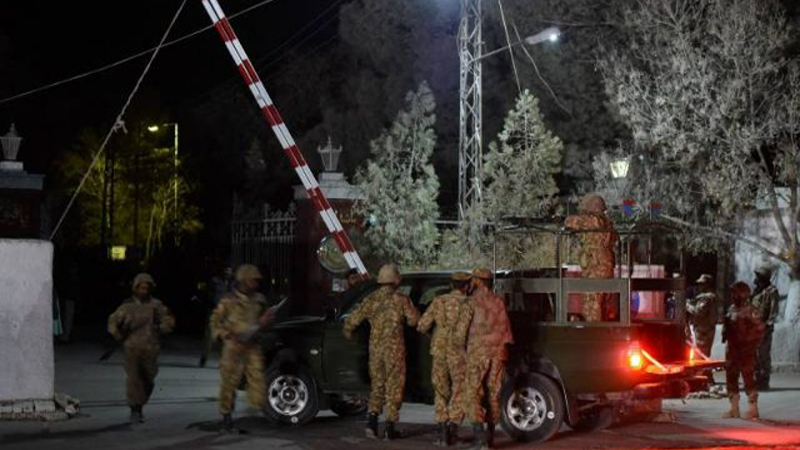 At least six security forces personnel embraced martyrdom while four terrorists were killed in an exchange of fire in Balochistan, an Inter-Services Public Relations statement said on Friday.

According to the ISPR, an intelligence-based operation was being carried out against terrorist hideouts in Wakai area near Baleda, Turbat when the terrorists targeted a security forces vehicle by an improvised explosive device (IED).

Provincial Information Minister Zahoor Ahmed Buledi said six members of the Frontier Corps paramilitary force in charge of security in the region were killed in heavy firing along a mountainous stretch in the district. Fourteen others were wounded in the attack. No group has claimed responsibility so far.

The province has been hit by a number of attacks on the security personnel but the number of large scale incidents has decreased significantly since 2016.

Last month, three militants from Baloch Liberation Army stormed the Chinese consulate in Karachi, killing four people including two policemen. They were shot and killed by police before they could force their way in a car packed with explosives.

In July, a suicide bomber detonated in the middle of a crowded election rally in the province, killing 128 people including electoral candidate Siraj Raisani. Islamic State claimed responsibility for the blast.