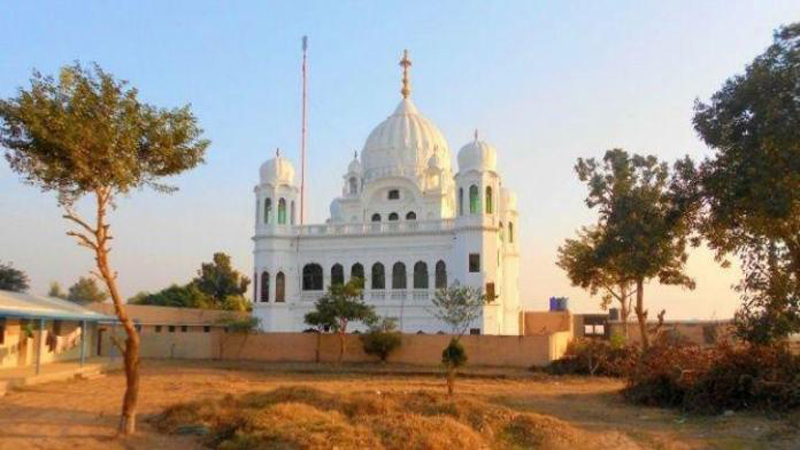 IF only PM Imran Khan had been less ardent and PM Narendra Modi not so coy, the ceremony at Kartarpur might have been an occasion to celebrate. Mr Khan’s green government and Mr Modi’s autumnal administration could have exhibited faith in each other and fulfilled the sub-surface aspirations of their peoples. Instead Kartarpur has erupted into a slanging match between India and Pakistan, two septuagenarian states with nuclear weapons in place of dentures.

Kartarpur — sacred to the Sikhs for being the final resting place of Guru Nanak — is located on Pakistani side of the river Ravi, two miles from the Indian border. Had Cyril Radcliffe been adequately tutored before he came to the subcontinent in 1947, he might have been more sensitive to the feelings of the various religious communities whose lives he was to damage so irreparably. But what could be expected of a lawyer who confessed later to Kuldip Nayar that following the line of the river Ravi, he had included Lahore first in India because it lay on the eastern side of the river? He re-drew the line after being told by a more intelligent subordinate that his mistake would result in the infant Pakistan having no major city in the Punjab.

The recent agreement on Kartarpur, initiated decades ago, would allow Indian pilgrims visa-free access to a site located within Pakistani territory. Conceived as a corridor of peace, its opening ceremony was anything but. The two governments bickered in an unseemly replay of the argument after Guru Nanak’s death in 1539 on whether his body should be buried or cremated.

Two foundation stones were laid on different dates — on 26th November by the Indian Vice-President on one side of the Ravi and two days later by Pakistani prime minister on the other. PM Imran Khan had hoped that his presence at Kartarpur would attract his counterpart. Instead, Mr Modi looked the other way. Imran Khan brought with him his Foreign Minister Shah Mehmood Qureshi.  Indian FM Sushma Swaraj pleaded a prior commitment and stayed away. Hidden in Imran Khan’s baggage was his Chief Minister Punjab Buzdar. Indian Punjab’s CM Capt Amarinder Singh absented himself with an uncharacteristic, uncivil rejection. Pakistan’s COAS General Bajwa appeared long enough to hug Punjab MP Navjot Sindhu yet again, in public. At this, Indian army chief General Rawat retaliated from New Delhi by pouting advice, not that Pakistan should de-nuclearise or demilitarise, but that it should ‘develop itself into a secular state’. Clearly, they all thought diplomacy was too serious a business to be left to diplomats.

At Kartarpur, the marigolds offered in Guru Nanak’s name have wilted, the prasad gone stale, the langar become cold.  Its sanctity stands diminished by warring politicians who have turned it into yet another Kurukshetra, yet another field of sub-continental fratricide. Guru Nanak deserved better. Five hundred years ago, he had left this message for both governments: A man of faith can battle but ‘in open field,/with his mind perfectly in control, and with his heart poised in love’.

Hopefully, the two governments will find an equal love by 1 November 2019, the target date for the completion of the Kartarpur project. The corridor envisages a 800 ft. bridge across the river Ravi, wide enough for a pilgrim bus but too narrow for a tank.

In 1994, the British and the French thought the Chunnel link would bring their countries closer together. Brexit put paid to that. It is up to our two governments to ensure that Kartarpur does not degenerate into a corridor of dissent.

The writer is a Pakistan-based historian