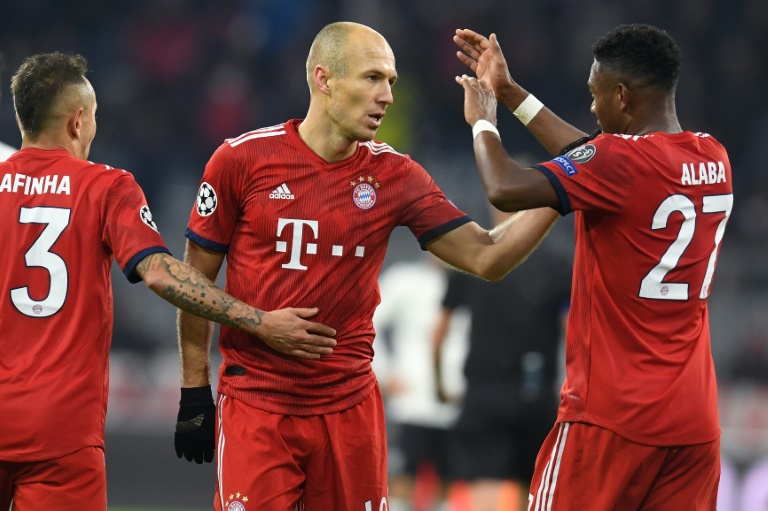 Robben, 34, has been out injured since scoring twice in a 5-1 win over group rivals Benfica last month and has yet to fully recover.

Robben, who scored Bayern’s winning goal against Dortmund in the 2013 Champions League final, confirmed in Monday’s edition of magazine Kicker that he will quit the Bavarian giants at the end of the season.

Bayern, who sit top of Group E on 13 points, need just a point at Amsterdam ArenA on Wednesday to qualify for the last 16 as group winners.

With a two-point deficit to Bayern, a win for Ajax would see the Dutch giants finish top of the group.

As well as Robben, injured midfielders Corentin Tolisso and James Rodriguez have also been left off Niko Kovac’s matchday squad.