A memoir of Manila 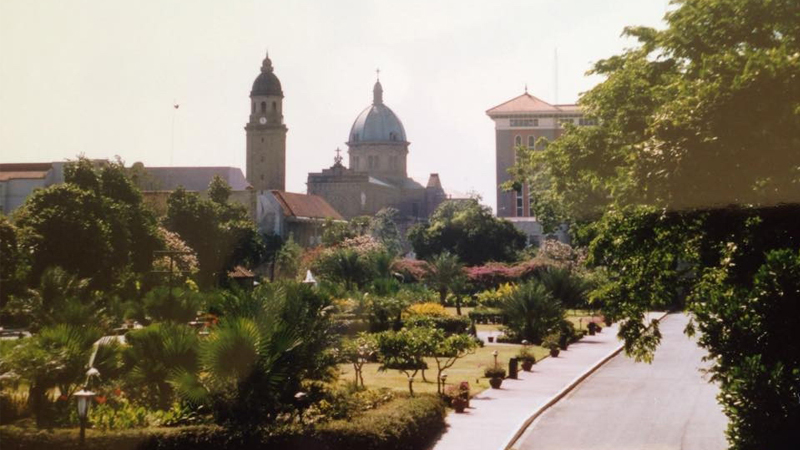 About ten years ago, I was having lunch at the Arkansas Arts Center in Little Rock, Arkansas with some friends when I looked through the glass window and spotted a magnificent building. I was told it was the MacArthur House. I asked after whom was it named. With a smile, one of them said, after General Douglas MacArthur, of course.

I was taken aback. What did he have to do with Little Rock? They said he was born here. I knew that Bill Clinton was from Little Rock, not MacArthur. They said we are very proud of Bill. Two of them had worked with Bill early in his political career. One said Bill had an incredible memory and would never forget a face. The other one said Hillary was the smarter of the two.

That was all very interesting. But what was more interesting was the reference to MacArthur, the icon of American military history. My mind flashed back to my first visit to Manila in 1996 when I came across the MacArthur Suite in the Manila Hotel. An Australian friend and I had wrapped up an incredible lunch with a scoop of Mango ice-cream when he offered to take me up to show something special. As we got off the elevator at the top floor, we were greeted with a portrait of the general in full uniform. The boy scout in me wanted to salute him. 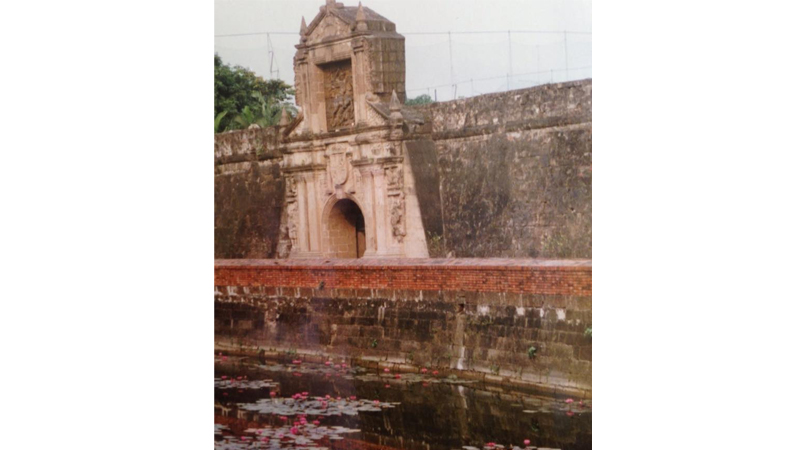 During the Second World War, MacArthur was forced to evacuate the Philippines in the face of a Japanese attack. He left the islands with that famous utterance, “I shall return.” And, of course, he did return. Years later he would govern Japan as warlord.

That evening in Manila, I visited a friend who was stationed there. He held a very senior post in the civil service of Pakistan and was on loan to the Asian Development Bank. He lived in a house that could have been featured in the Architectural Digest. He and I sat down for dinner at the opposite ends of a long dining table. A sumptuous meal was served, as was appropriate for a palatial dwelling. At some point, he clapped his hands and a server appeared. My friend asked for black pepper and the server picked that up from the center of the table and gave it to him. I felt like I was in the presence of royalty when in fact I was in the presence of a civil servant.

I learned that long before the Europeans arrived, Luzon Island, on which Manila is located, belonged to a Hindu emperor. Around 1485 it became part of the Sultanate of Brunei. Rajah Sulayman ruled it and swore fealty to the Sultan. Legend has it that that the word Manila came from the Arabic and meant From God

When Saturday came, I took a taxi to see the old town called Intramuros, and sometimes the walled city. The fortifications were impressive. Water lilies bloomed in the moat that surrounded the structure. But it was the statue of a man astride a horse inside the walls that caught my attention. There was something “Indian” about his attire. He turned out to be “Rajah Sulayman.” 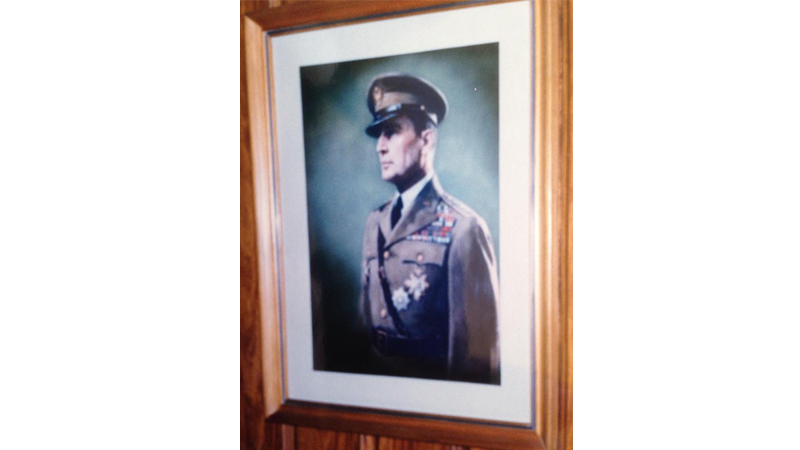 I learned that long before the Europeans arrived, Luzon Island, on which Manila is located, belonged to a Hindu emperor. Around 1485 it became part of the Sultanate of Brunei. Rajah Sulayman ruled it and swore fealty to the Sultan. Legend has it that that the word Manila came from the Arabic and meant From God.

When the Spanish conquistadors arrived in the Philippines, they encountered Muslims on the islands. Through their mannerisms and dress, they reminded them of the Moors who had invaded Spain from North Africa. They named them Moros and pushed them to the far south island of Mindanao. Today, one out of ten Filipino’s is a Muslim.

On Sunday, I took a taxi to Taal Lake. It is a freshwater lake that fills the Taal Caldera, and is the third largest lake in the Philippines. The air is pristine and the silence overpowering, a total contrast from the hustle bustle of the city that lay just an hour away.

In the evenings, once work was done, I would stroll through a shopping mall that was near the hotel or walk along the main road, studying the English on the billboards. Something unique to the traffic in Manila was the Jeepney. Tradition has it that they were originally made from Jeeps that were left over once the US withdrew its forces from the Philippines. I had encountered that world before. It combined the word Jeep with the word Jitney, sometimes used for an American taxi. 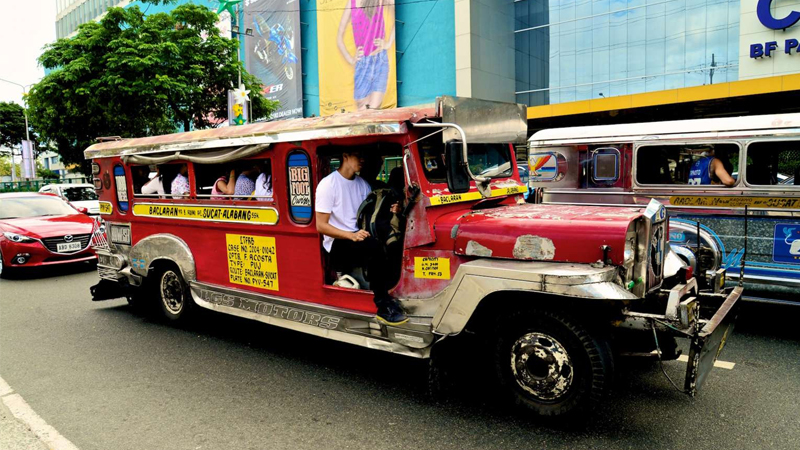 Jeepneys seemed to be the most popular form of public transportation in Manila. They were painted with the most incredibly kitsch decorations in garish colors. Audaciously, they would let their passengers out in the middle of the street. The intrepid passengers would emerge from the back of the Jeepney and maneuver effortlessly through the traffic to the sidewalk. I was tempted to try the Jeepney experience but never did. It was a survival instinct.

One day, while returning to the hotel, we passed by a fort. Something special was happening there. There were a lot of cars in the parking lot. The driver told me an army parade was taking place and the president of the country was the chief guest. I was tempted check out the parade. But knowing that this might land me in trouble, I dropped the idea.

On another day, while the taxi was being dropping me off at the hotel, the driver asked if I had any evening plans. I said I would just eat in my room and watch TV. He said most men from Japan spend the night out in a certain part of town. I smiled and told him I was not from Japan. 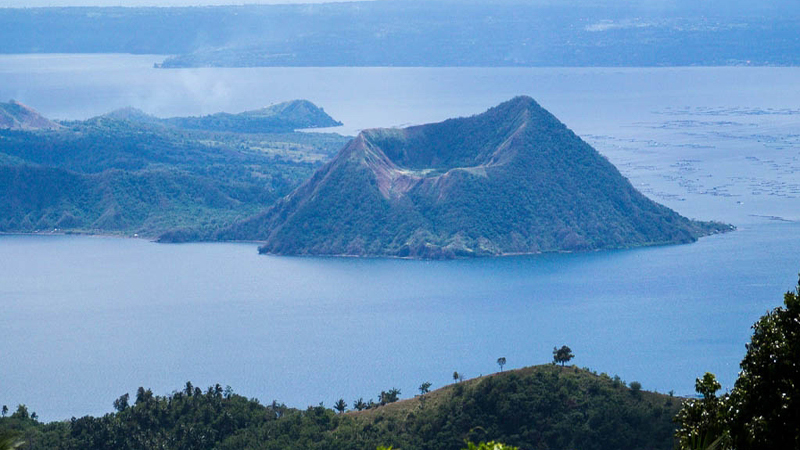 There seemed to be some confusion about my identity. When I had checked into the hotel a week days ago, I had presented my passport to the clerk at the front desk. He had said I did not need to show It since I was a “local.”

I was to visit Manila a second time a year later. The seminar I was giving happened to land on the 14 of August. I told the audience it was Independence Day in Pakistan, and informed them that I was a Pakistani native. Who knew how many had mistaken me for being a local or Japanese?

They joined me in celebrating the special day by giving a big cheer. I was tempted to get them to sing along with me the national anthem, “Pak Sur Zamin Shadbad.”

I will return some day to see the famed beaches of the Philippines which are ranked among the world’s best. And to experience the warmth and hospitality of the Filipinos.