Precedents need to be set deterring political assassinations in Pakistan 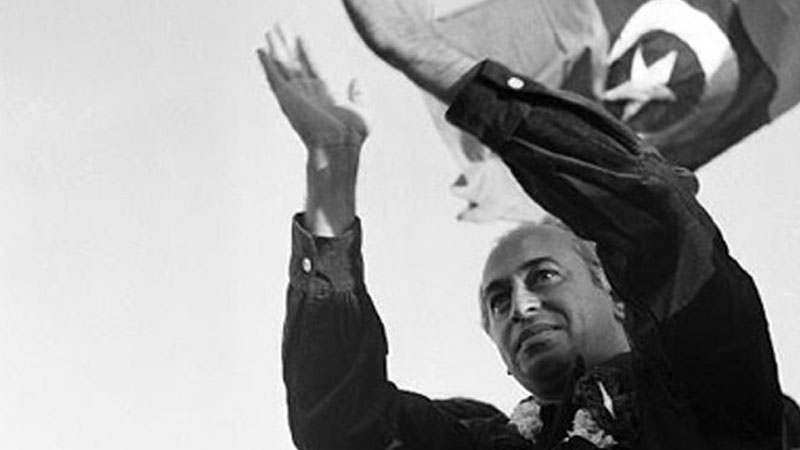 Nawabzada Liaquat Ali Khan widely known as Quaid-e-Millat (Leader of the Nation) and Shaheed-e-Millat was one of the leading founding fathers of Pakistan, statesman and lawyer who served as the first Prime Minister of Pakistan and as the first foreign and defence minister from 1947 until his assassination in 1951. On October 16 1951, at a political rally in Rawalpindi, Liaquat Ali Khan was assassinated by a hired assassin. Khan was shot twice and killed during a public meeting of the Muslim City League at Company Bagh, Rawalpindi. Allegations had been pointed towards the involvement of United States government in his assassination.

This circle of continuous bloodsheds because of political assassinations in Pakistan and the rest of the world stems from the undemocratic institutions and saboteurs that do not believe in peace, harmony and stability in the political environment and wish to vent out their intolerant and extremist mindset by misconstruing, misinterpreting and misrepresenting their so-called political, social, economic or religious differences, aims or ideals. Najeeb Ahmed, Hakim Muhammad Said, Akbar Bugti, Raza Haider, Zahra Shahid Hussain and many other were assassinated in Pakistan for baseless reasons.

The Bhutto family in this regard has suffered the immense tragedies over and over again as every decade since 1970s a member of Bhutto family died of unnatural causes. The entire family in a way was wiped out.  Benazir Bhutto, who served as Prime Minister of Pakistan from 1988 to 1990 and again from 1993 to 1996, was the first woman to head a democratic government in a Muslim majority nation and is often known as “Daughter of the East” internationally. On 27 December 2007, she gave a speech at a PPP rally held in Rawalpindi’s Liaquat National Bagh. On leaving, she came out of the car’s escape hatch and waved to the crowds. A man at a distance of two to three meters of the car fired three gunshots at her and detonated a suicide vest that was packed with ball bearings.

Of Benazir Bhutto’s immediate family, only her sister, Sanam Bhutto and her mother, Nusrat Bhutto escaped this viciousness. (Nusrat Bhutto died on 23rd October 2011 because of natural causes). Benazir Bhutto’s father, Zulfiqar Ali Bhutto, former prime minister of Pakistan, became the victim of judicial murder, faced the gallows and was hanged by General Zia. One of her brothers, Shah Nawaz, was poisoned in the suspicious circumstances in 1985 in France. Her other brother, Murtaza, was shot in a Karachi street by an unknown assassin. This definitely illustrates the inevitable influence of undemocratic powers and forces on the political system of Pakistan.

At times the perpetrators use this tool of assassinating to create a sense of fear, despair and disorder. Other times they fear the popularity and the outpouring support of these figures that they are ready to drench their hands with blood. Even Gaius Julius Caesar was assassinated in 44 BCE by Roman senators who feared that Caesar would revoke their privileges.

In Pakistan, religion has been used many times to assassinate the political people. Benazir Bhutto was targeted because she was a woman and also because of her “liberal convictions” and “self-evidently progressive outlook.” Other instances of religious victimization are those of Salmaan Taseer and Shahbaz Bhatti.

Salmaan Taseer was a Pakistani businessman and a politician, who served as the 26th Governor of Punjab from 2008 until his assassination in 2011. He was appointed as the governor of Punjab on 15 May 2008. During his governorship, he emerged as a forthright critic of the Pakistan’s blasphemy laws. On 4 January 2011, he was assassinated at the Kohsar Market in Islamabad by his bodyguard, who differed with Taseer’s opposition to Pakistan’s blasphemy law.

Clement Shahbaz Bhatti was a Pakistani politician and the elected member of the National Assembly. He was also the first Federal Minister for Minorities Affairs from November 2008 until his assassination on 2 March 2011 in Islamabad. Bhatti, a Roman Catholic, was a forthright critic of Pakistan’s blasphemy laws and received death threats when he spoke in support of Pakistani Christians attacked in the 2009 Gojra riots in Punjab Province, his support for Asia Bibi, a Pakistani Christian sentenced to death in 2010 and opposition of blasphemy laws. He aspired to send “a message of hope to the people living a life of disappointment, disillusionment and despair” and promote the social justice, human equality, religious freedom, and encourage and empower the religious minorities’ communities.

Moreover, the General Elections of 2018 this year were also littered by some horrendous incidents of political violence. Nawab Siraj Raisani, Ikramullah Gandapur and Haroon Bilour lost their lives to the heinous cycle of extremism. Previously, Haroon Bilour’s father Bashir Ahmed Bilour was also killed in a terrorist attack in 2012 Peshawar.

One cannot ignore the resolute courage, bravery and audacity of these people who despite the continuous death threats and risks did not step back on their ideology. They continued their dedication and devotion to their beliefs and principles and did not hesitate in voicing their stance against extremism, terrorism and undemocratic forces. There is a reason that they are called Martyrs or Shaheed. Regardless of their demise, they have left behind a strong legacy that inspires people into taking their mission forward.

A few people believe that Alexander the Great’s ascendance to power was facilitated by the killing of his father who was attacked by a bodyguard while he was going into a theater to attend his daughter’s marriage festivities. According to the certain scenarios all over the world, the assassinations help the parties represented by the late to gain sympathy and support of the people. But there is no denying to the fact that no one can fill in the vacuum of the deceased unquestionably as it is an irretrievable and irreparable loss for the family, loved ones and followers.

These attacks are not confined to a particular individual or party but they harm the political stability and sovereignty of the country. They disrupt the ongoing smooth and regulated process concerning all aspects of the country, including the federation, other institutions and people.  They perpetuate a never-ending cycle of violence, chaos, anarchy, political unrest and economic meltdown. Many argue that the assassination of the Israeli Prime Minister Itzhak Rabin in 1995 was a main cause for the fall down of the peace process between Israel and the Palestinians. Hence, political assassinations can have the long-term alarming and appalling consequences.

The malefactors of such atrocities should be timely brought to justice in order to set precedents so that foes of the country think twice before conspiring against the state.