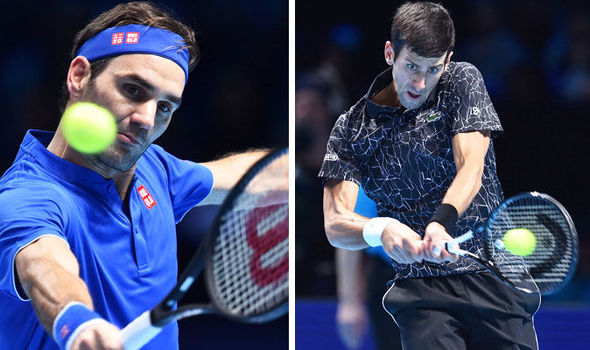 Roger Federer, Novak Djokovic and Kevin Anderson have qualified for the semi-finals of the London ATP, the tournament where the top-eight men’s single and doubles players are competing for the most prestigious masters title on the men’s tour.

Roger Federer produced his best performance so far in the tournament to beat Kevin Anderson in straight sets, 6-4 6-3. He booked a berth and avoided a potential clash with the world no.1 Novak Djokovic in the semi-finals.

Federer seemed out of sorts and questions were raised about his form when he lost his first match in straight sets to Japan’s Kei Nishikori. Nevertheless, he bounced back with his two successive wins against Anderson and Dominic Thiem.

Anderson, irrespective of the loss, already had qualified for the semi-finals after beating Thiem and Nishikori earlier this week.

Djokovic already made it through to the semi-finals and could top his group by beating Marin Cilic this Friday. Earlier this week, he effortlessly brushed aside Alexander Zevrev and John Isner in straight sets. Currently, Djokovic is in red-hot form and is the player to beat.

Cilic, Alexander Zverev and Isner are battling for the last semi-finals berth.

Below is the current standing of the players in the two groups. Each player will compete in three matches and the top two players from each group will make it to the semi-finals.