Asia Bibi: Supporters claim Pakistani Christian has not been offered asylum in the UK over fear of ‘unrest’ 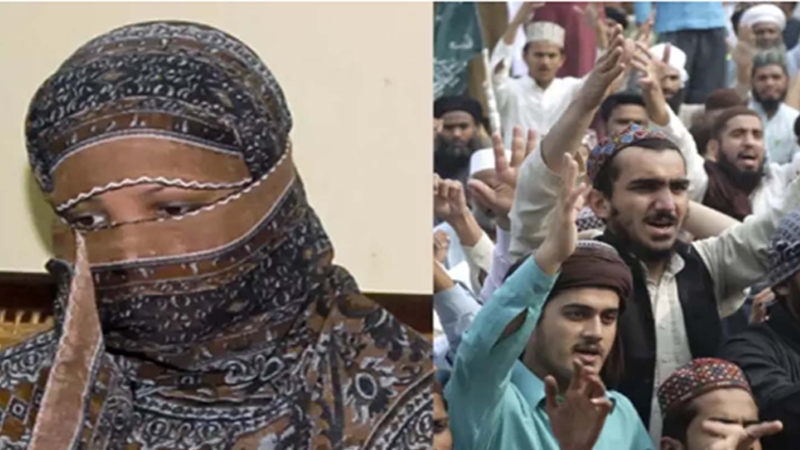 Britain has reportedly not offered asylum to Asia Bibi, a Pakistani Christian who was cleared of blasphemy after being on death row for eight years, due to fears of unrest.

Her supporters claim that she has not been offered a place in the country over government fears of retaliation — a move they called “a kick in the teeth” for Ms Bibi and her family. “Britain was concerned about potential unrest in the country, attacks on embassies and civilians,” Wilson Chowdhry of the British Pakistani Christian Association told the Sunday Telegraph.

He added that while the UK government had been “helpful”, it was an “enduring shame” that a country with a rich history of helping asylum seeker had failed to be “as generous” with Ms Bibi’s application as they had been with others in the past.

“It does seem to me that Britain is now a country that is unsafe for those who may be tarred with an allegation of blasphemy,” he continued. “We are very aware that there are extremist elements in this country.” A spokesperson from the Home Office did not deny the claims, but said simply: “We do not comment on individual cases.” Held in Pakistan The 53-year-old Catholic farmworker was found not guilty of breaking strict blasphemy laws in the country in October after originally being convicted in 2010.

She was accused of defiling the name of the Holy Prophet Muhammad (SAW) in an argument after a fellow worker had refused to drink from a bucket of water Ms Bibi had touched because she was not Muslim — an accusation she denied as an act of revenge by a group of women who did not like her. Civil unrest and protests erupted in the wake of the overturned conviction, forcing Pakistani authorities to hide the mother-of-five in the country for her own safety.

Ms Bibi and her family have applied for asylum in a number of countries, following untold numbers of death threats and acts of violence.

However, Prime Minister Imran Khan has placed her on an exit-control list to prevent her leaving the country pending an appeal — a decision he reached with extremist protesters who are threatening to bring parts of the country to a stand still if Ms Bibi is allowed to leave before the appeal is heard.

He’s been given a 90-day visa to stay in the country, but has been moved to several different secret locations until a safe house can be made available. In an interview with ITV this week, Mr ul-Malook said that he “didn’t want to leave” the country, but that threats made against his and his client’s life by fundamentalist Islamist groups had become too serious to ignore.

He sheltered in the French Embassy in Islamabad for three nights before he was escorted by the Pakistani army to the airport. Heading to Europe? It is hoped, he said, that Ms Bibi will make an application for her and her family to join him in Holland.

However, several other countries have expressed willingness to accept her asylum on application.

Comments published in German newspaper Bild on Sunday quote Mr ul-Malook as saying that Ms Bibi “would be happy if she could leave for Germany with her family.” According to the publication, the German Foreign Office as saying it is in consultations with Pakistani authorities but provided no further details. Meanwhile, Ms Bibi’s husband, Ashiq Masih, has appealed to the Italian government.

Deputy prime minister Matteo Salvini, who has long held an anti-migrant stance, hinted that Italy too would offer the family asylum. “There are many Italians in Pakistan and we must be careful of what we say,” he was quoted as saying in the Sunday Times. “The enemy is fanaticism. It is not permissible that in 2018 someone can risk losing their life for a hypothesis of blasphemy.” Canada, France and Spain are also reportedly considering Ms Bibi’s application.